Just like Shoot the Core, but combines elements from Elevator Action (There will be invulnerable barriers and destroyable red neutron barriers). These barriers protect a green apple core which will shoot three-six lasers in random directions (depending on the difficulty). You will have to get past the barriers to shoot the core, but the closer you get, the more dangerous becomes (it will start to shoot lasers to the sides like Henterprise), because you need to find a safe place from lasers.

Can you show example picture for your idea boss ??? 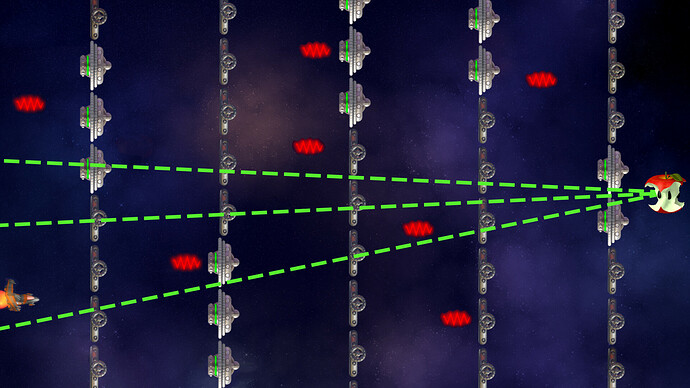 Absolver beam be like: (￢‿￢) My time has come

The question is, how would you attack the boss without the Absolver Beam?

If you find the perfect timing, attack him.

that leaves another 4 set of barriers moving, I already found elevator action tedious because of the barries blocking shoots