Here is another boss idea. It’s a chicken who’s main gimmick is attacking with eggs. Below you can see her appearance. 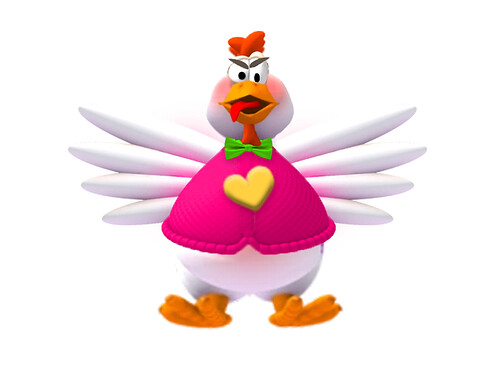 The attacks:
1) Shockwave scream
The chicken will cluck from time to time
causing a shockwave which expands across the screen, pushing back the player and rotating him in 360° for 1.5 seconds. It’s a very basic attack so she will use it frequently. You can see an example below. 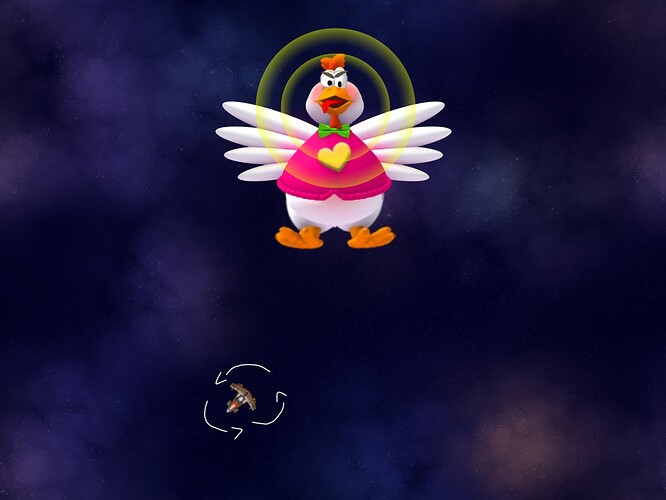 2) Laying eggs
Now these are not regular eggs, these have more health and if not destroyed quickly, can cause small chicks to hatch (which also have more health) and quickly rush towards the player killing him fast if not paying attention. The Mother-Chick will fly across the screen laying eggs which float slowly to their positions, where they start hatching. I’d say that their health would be the same as the egg barriers (I can’t be bothered to look at exact values). Below is an example of the attack: 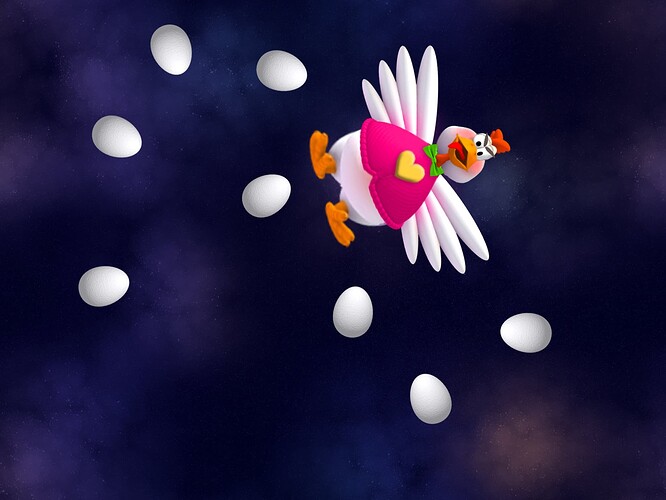 3) Egg shield
This is the most dangerous attack, which starts with a long cluck, followed by a swarm of eggs getting closer to the center, until it surrounds the Mother-Chick. The eggs start to circle around and hatch, it’s very important to destroy the eggs before they hatch, but in this particular attack the boss, as soon as it forms an egg shield starts to follow the player’s position, so you first need to lure her away from you and then shoot the eggs. Three pictures below represent this attack: 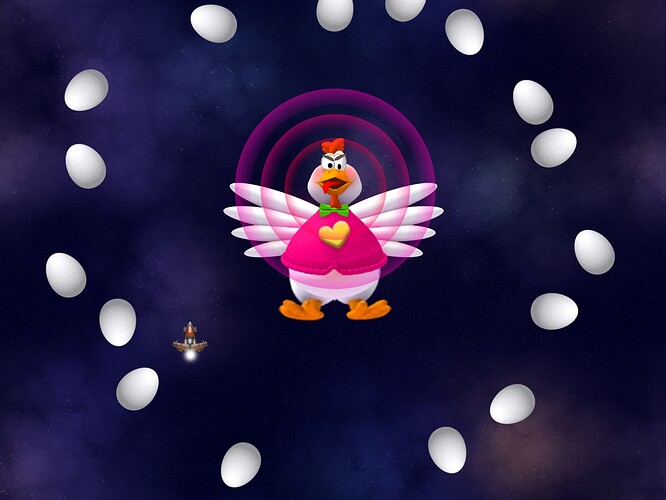 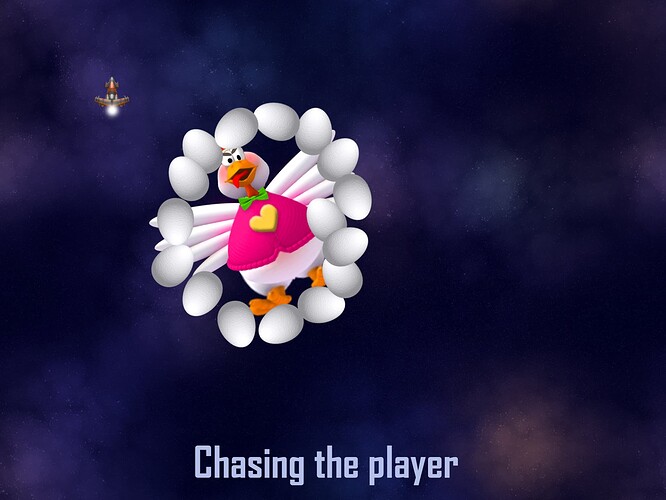 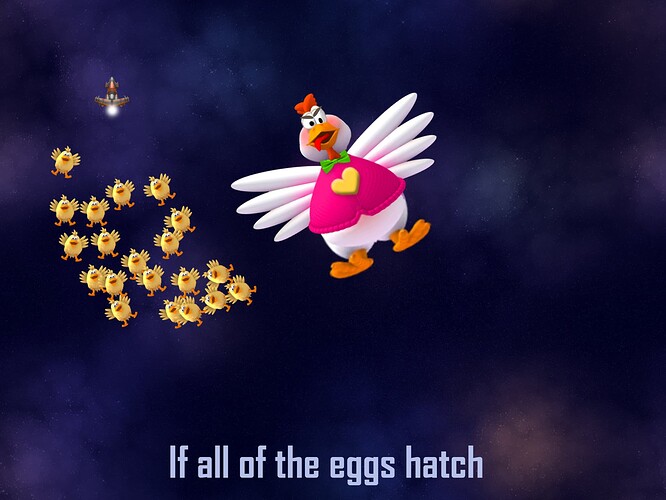 4) Egg rain
And this is her last attack, she will turn upside down and lay a bunch of eggs on top which will start falling across the screen like a rain, these eggs are normal small projectile eggs, they can’t hatch. This attack will also be frequently used. 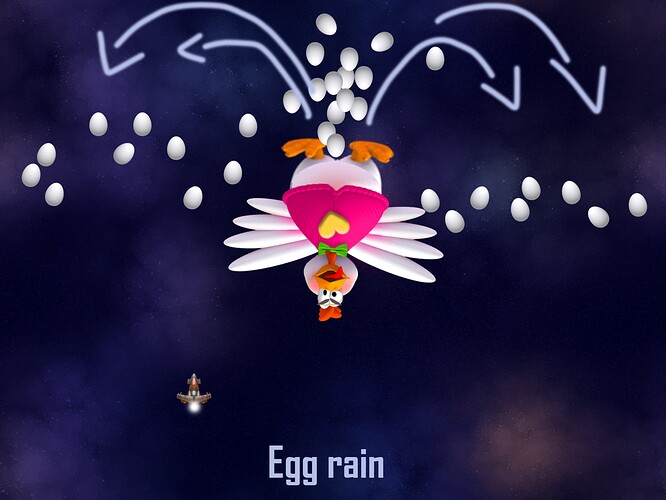 Aaand that’s it! Feel free to express your opinions down below.

The design? Yeah, I’m not that good at making unique sprites, ofc IF it were ever implemented, surely it wouldn’t look anything like that.

Unique but does the chicks chases you (like Assassins) when they hatch?

Yes, but they don’t stop like how the assassins do. I noticed that when playing that they kinda stop in your last position for a second like terminators.