Yes, I know. One of my wave ideas has been added in-game. But I’m going to keep up with even more wave ideas! Here are more:

I made this wave using indestructible barriers, a spawner and enemies. And there you go, a clock! It swings non-stop, and every second it spawns an enemy, up to 20. As they say, time is of the essence! 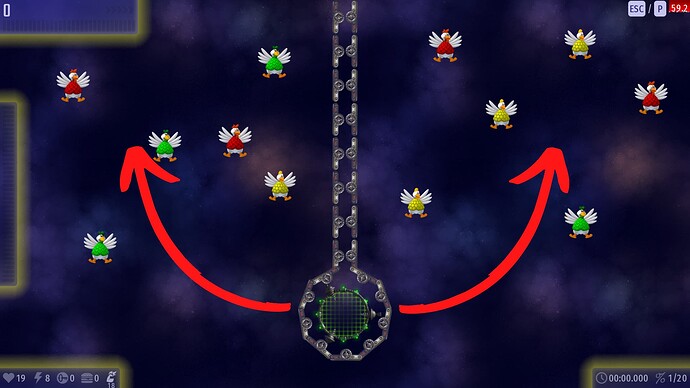 A hen house that quickly spawns a lot of eggs. Which type of enemy is going to come out of each egg? Oh, and it’s guarded by two chick guns. After all, nowadays you can no longer attack a hen house without being spotted by cameras (chick guns). 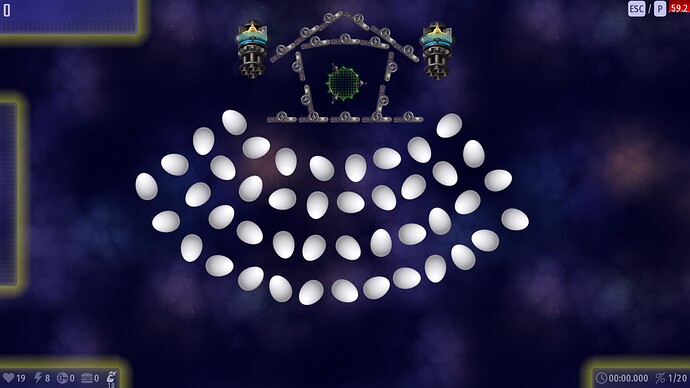 This wave works as if it is inspired by a combination of the Symphony (the way the wave moves) and Elevator (the way the wave looks like) waves. This is very simple: you come in, you kill enemies, while completing the parkour that moves from left to right of the screen. Without dying, hopefully. 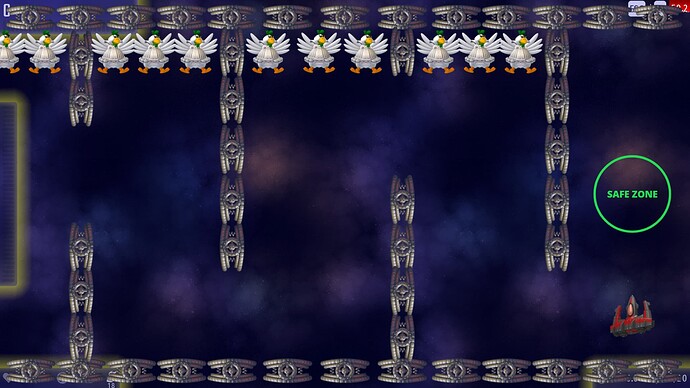 Let’s face it: this wave is about levelling up and succeeding. Four roadblocks appear in front of you, each representing a different level. The farther you go, the harder it gets. Don’t forget to destroy the chick guns! 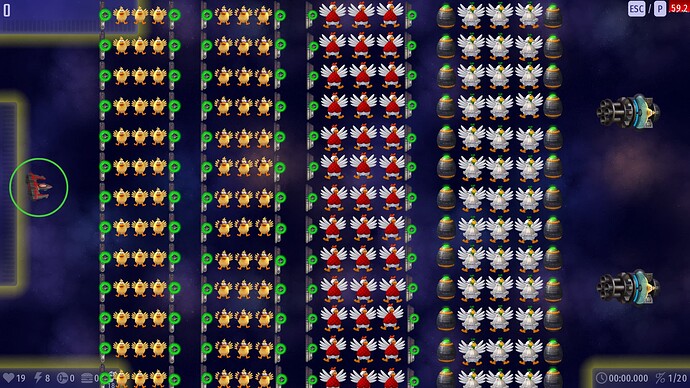 Not too much to say about this one. Except that the chick guns will keep moving from left to right, the other way around, and so on. Use the gravity zones with caution, okay? 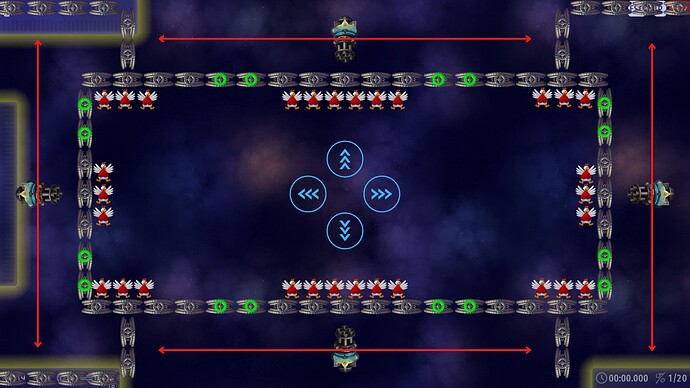 Five chick guns, several enemies protecting them, and a few more above… Be quick or be dead. 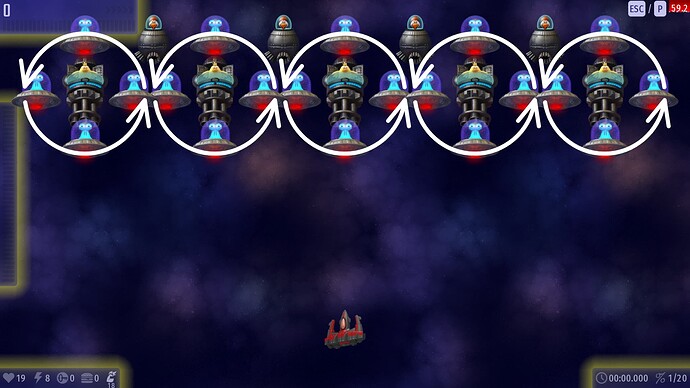 May the Stars always shine beside you!

That wave is too similiar so I forgor whats it called

No not that one

Yeah, but it’s a swinging clock that you need to dogde from time to time. Spawns 20 enemies, each every second.

On the Radar lol

could have been a Metronome though

On the Radar lol

Thank you for the fast answer lmao

on the windshield wipers

thats why i said “on the” windshield wipers?