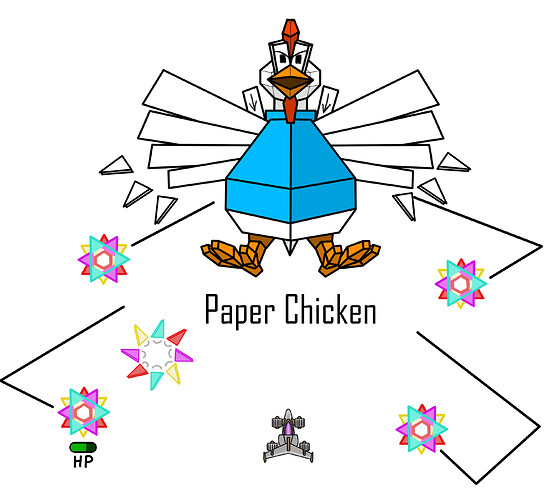 average boss, but it doesn’t have a difficulty appearance, for example +40%
and more sprites to add.
But it’s unique, so it’s ok

I understand. this project is more of a “prototype” as if such a boss could look like because I did it quickly (-_-) and had no idea what he looks like, especially his “original” skills.

can i dm you for something?

Dude i admire your artstyle damn! Good idea tho

paper chicken should be added