20 will give you the Max Power bonus. My issue with it is that the bonus can be obtained multiple times if you purposefully die and regain enough firepower to get that bonus again. Shouldn’t that be considered an exploit? It lets you get better scores on the daily/weekly challenges much more easily.

I just thought about that today… and yeah it does sound like a big bonus. The thing is, you are endengaring yourself for that time, as dying again will lose you the 20 power bonus. But since it’s such a huge up (100 thousand points compared to losing perhaps 10 thousand from atomic powerups) there definetly should be a decrease in score after you hit it the first time.

I want to know! Does the medals adds some bonus points?

They’re only for show at the moment, but that’s beside the point.

So I played in vain not to use missiles and other super weapons, thank you!

If you want to endanger yourself,don’t even use extra lives,lol

I figure that if you’re good enough to feel confidant doïng this, you deſerve the extra points.

Ok,so if I have 24 firepower,an enemy drops drops 1 more power-up,I die,go down to 19 firepower and then pick up that power-up the moment I respawn. For how long did I have less than 20 firepower? For a second or two. Not much of a risk.

True, but if there’s a chance you won’t get that extra firepower and it’s a particularly exciting wave, it’s more of a risk. Alſo, you might need the extra firepower later on as a ſafety margin.
Maybe 100.000 the firﬅ time and 50.000 thereafter. This way it ﬅill rewards thoſe who uſe the exploit, juﬅ not as much.

Then be fast,and you’ll get it.
Yes,there’s a risk of you dropping below 20 firepower if you die again on accident. But what about those who don’t even have extra lives or don’t end up using any(or they use them,but they go for no deaths)?
They are at risk all the time,they can’t die,at all. Meanwhile,those who use that exploit still can die.
So,let’s say:
A player who uses this exploit has 24 firepower. They see another power-up,they die,and they pick it up,giving them the max power bonus. Now they have 20 firepower,and another max power bonus. Now yes,they are at a bigger risk of dropping down to 15 firepower now. But then there’s also the person who is doing a mission without deaths. They have a risk of having to restart the entire mission all the time. And let’s say that both of these people beat their missions. Who’ll get rewarded more? The one who was at risk of dropping below 20 firepower all the time,or the other who never even was allowed to die? The first one. But who should get rewarded more? The other one.

Hmmm… well technically the other person is being rewarded more in keys. But not in score. So one person can just pay with keys to have the ability to get even more score… and thats kinda bad. Every time you would want to stand out on the leaderboards you have to spend ~25 keys. And also that’s why I agree with you that players that dont die at all should get better scores than those who do. It shouldnt be an extreme amount, though. I feel like a way to solve this would be having the atomic powerup increase in score faster, and less or no score from more than 1 max power. Also a way to solve this would be free score handicaps. (Also remember a person with no lives can still die once)

Yes,a person with no lives can die once. When they do,they get a game over.
I mostly agree with what you said. For now,the most simple way is probably to make the bonus available only once in the current mission.

I dont use extra lives 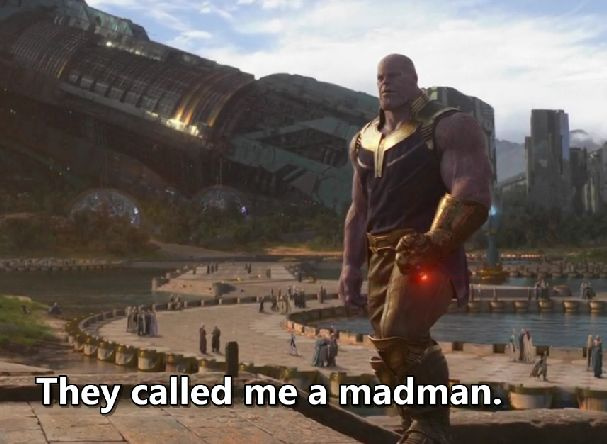 I would remove the bonus once and for all. Dying intentionally to get a highscore is… weird, and it has been like that since CI3 i think.

Next update will limit bonus to once per mission. Also, “Weapon powerup” bonus will give 200 points per power level instead of 100.

What about if you could get it multiple times, but each time you had to dip down to below 7 firepower?

What about if you could get it multiple times, but each time you had to dip down to below 7 firepower?

No please, cus as I said in one of my posts in the past. Losing 5

after getting clucked up and have to defeat 32 Chickenaut roaming on the screen is already a pain. So what IA is doing now is the right move