This one isn’t gonna be a game changing rework or such, but just doing something to make it smoother. Today, let’s talk about Laser Cannon.

. And what worse is that it only can hit 1 target at a time before

4. You don’t really need that huge damage for a single target at that level, most its damage output is wasted.

So let’s do some change 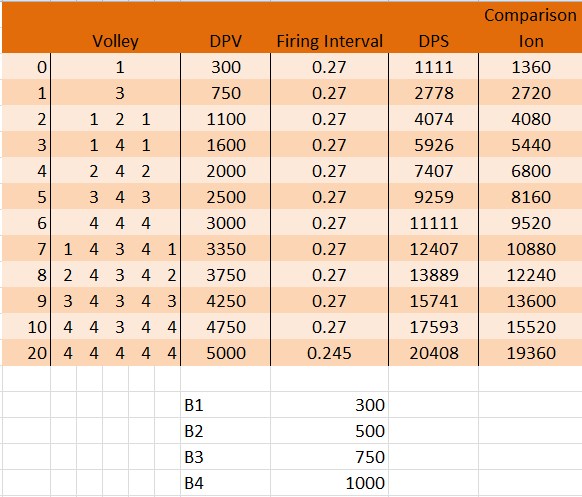 Here’s the chart of my proposed laser cannon, and Ion blaster for dps comparison.

While anything else remains unchanged.