One of the features that we will see late in the game is the Chick’o’pedia, a bestiary, to put it simply.
Currently we don’t know how iA wants to handle it, but I have a suggestion.
The COP will start completely blank. Then, how to complete it?
SImple, a scanner module, an hardpoint. When you have it equipped, whenever you kill an enemy, it’s entry will be added to the COP. But there’s a catch. The entry won’t be fully completed. To discover the weaknesses and the strenghts of the enemies, you will have to kill them with the respective weapons. I don’t think this is too grindy, because it will complete itself naturally if you just pay more attention. and the wiky exists.
It will cost 643 keys (Tell me if it’s too much) and have something like this 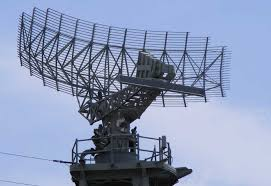 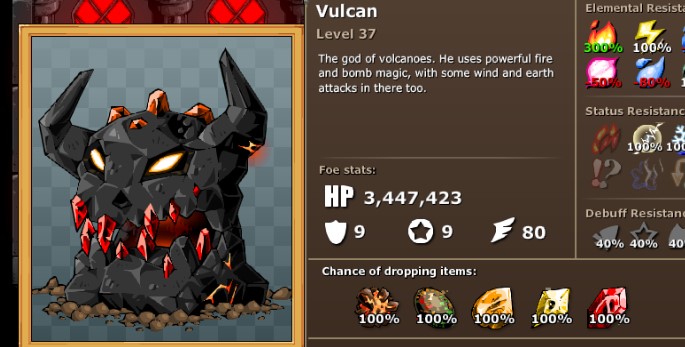 Well, yes I didn’t want to go into too much detail because my idea was just about the scanners.

I honestly don’t know that’s the first number that went into ym head.

i think that a fair price would be 500 keys

You know,it could be called the Hero’s Compedium,being a space age game and all.
Sometimes the irony just makes me think.

Well, it is IA who named it chick-o-pedia:

There’s a feature planned called Chick-o-pedia that does something similar to what you describe. It’s quite complex, though, and will have to wait until a later update.

And we still don’t know how it will look or what info it will have.

Also, while killing the enemies with different weapons to discover weak points sounds pretty logical, it would be time-consuming. That’s because you would need to basically just defeat every enemy 14 times and you couldn’t do it in 1 mission (defeating every boss would need 18 stages right now and there are more bosses to come in the future).

There were many bestiaries in the games and I still didn’t see any being extremely awesome. Closest I can think of is Hollow Knight (not counting little story mistakes, but that’s debatable). In Hollow Knight you have bestiary and basic info about the enemy shows when you kill 1 enemy and you have the entry mastered when you kill specified number of them (+it gives you more LORE info), but you don’t have any statistics there. Also it’s in form of list which for me it’s a bad thing. 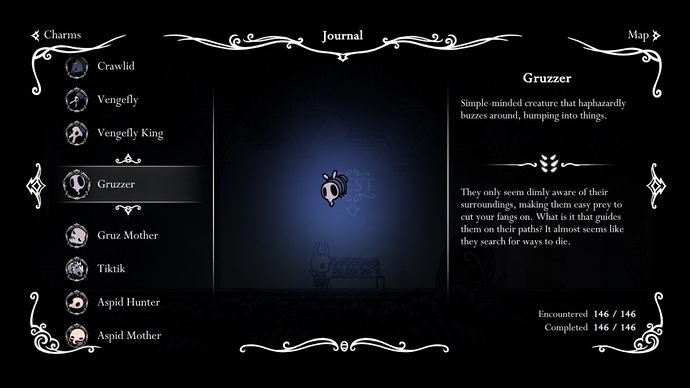 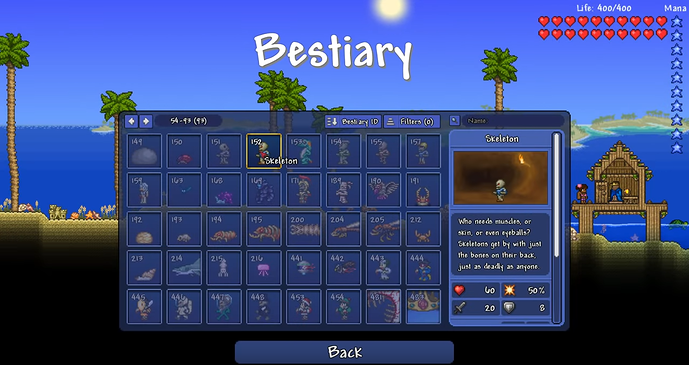 Well, it is IA who named it chick-o-pedia:

That doesn’t mean a better name can’t be suggested.