"(static) We are currently broadcasting for you from the star system Canthus right now. Sorry for low reception because there is an anomaly right here. There is this weird portal right here and it’s a gap or something with eyes and two ribbons a crack of the galaxy. Going into this portal will make you go to another “dimension” and it is strictly forbidden unless you know what you’re doing. The reason is there is chickens over there and they’re way, WAY stronger than before.

Also, entering this without any preparation and or enchanting the equipment will cause your spacecraft go unstable and boom due to its environment. Like, if we go in right now, the broadcast will stop and-"

“WATCH OUT A METEOR!”

Note to self: if you want to go in there, enchant your equipments… 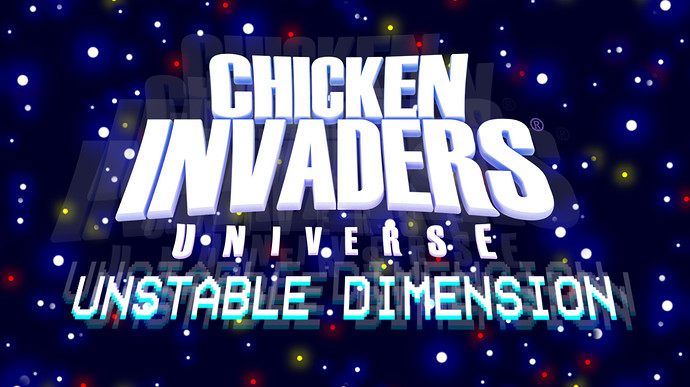 Unstable Dimension is another galaxy, it can be entered once you reach tier 99. The button locates in the profile screen will turn on once you met the requirements.

Upon entering: you’ll go to another world. Your score, your foods, your tier and your fuel too will be reset only in this dimension, you still keep your progress in the original one so don’t be scared. Your equipments are also here but however due to this dimension anomalous effect, they were unstable and unusable, you have to enchant it which I’ll talk about later.

Also, this dimension not use the keys like the original galaxy would use, but instead it’ll use

The first time you enter this rift will give you items that compatible to use in this dimension. Like when you start playing the game, it’ll give you stuff like that but they’re all “Enchanted”. The galaxy map is nothing out of ordinary but like a regenerated map or something…or is it?

Chapter I: UI and stuff

Entering will cause your connection to the UHF disturbed and disconnected. All contacts and squadron are still available but you can’t check them or locate them. Contacts looking at you will display “Lost Contact” and it’ll not announce anything from you. The UHF League is also unavailable here.

No need to worry recruits with autophobia because you can still see other recruits if they’re in this dimension. You can still add contact, etc but remember that same thing will happen if you return.

Things gonna get magical here so iA, if you accept, you might want to modify it.

1. Equipments here, equipments that you brought in the original galaxy are unusable in this dimension. You need to enchant them. By that, you need to buy the “Equipment Enchanter” from the fortune tellers that lies in the unstable dimension. To enchant your item, the material you need are keys, the new currency and the “Equipment Enchanter”. The price is still unknown because I do not control the game.

2. Spacecrafts similar to the first one. Unenchanted spacecrafts could not be flagshipped.

3. Weapons also similar to the first one but weapons require level 8 (max level possible) to enchant. Enchanting this weapon will make it dealing 50x more damage (only take effect in the unstable dimension).

4. Mountables nothing change here. It just reset with 20 lives and 3 missiles. You might wanna buy them again.

5. Auto-uses cannot work here. So you have to buy yourself Celestial tier auto-uses. Color themes are intact.

As said, this dimension will not use keys as currency but

PinkDiamond768×768 67.7 KB
. Prices are the same like in the original one. Galactic store here is Multiverse store.

Anything to suggest? Informative criticism? Idk, just give me and I’ll respond it if I could. Anyway, have a nice day. Now scram!

Oh yeah I not finished yet

It might be worth it if say, you could prepare your equipment beforehand, and travel between the two dimensions, could find new equipment, new ships, new chocken breeds, and new mission types. It could massively expand the worldbuilding started in Episodes 4-5 but if it’s a clone, then ehhh… no.

you are under constant scrutiny 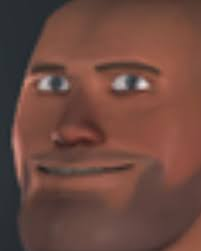 hey can you get enchanted things to normal galaxy?

Yeah but nothing will change, it just make you could use the equipments in the unstable dimension