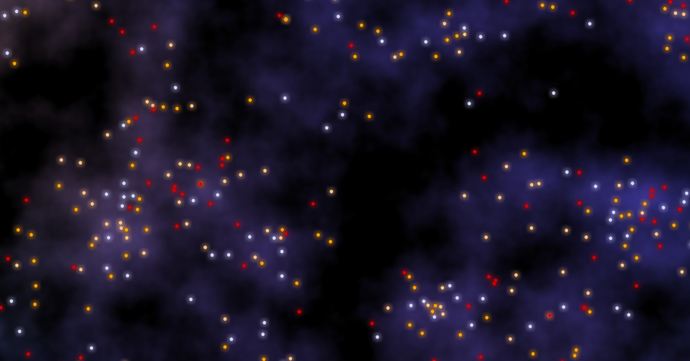 Screenshot (102).jpg1494×783 173 KB
What I mean is that it would look great if it were converted into a spiral galaxy!
I’m not referring to a simple static image but an animated one spinning step by step like the planets! 2.5D map 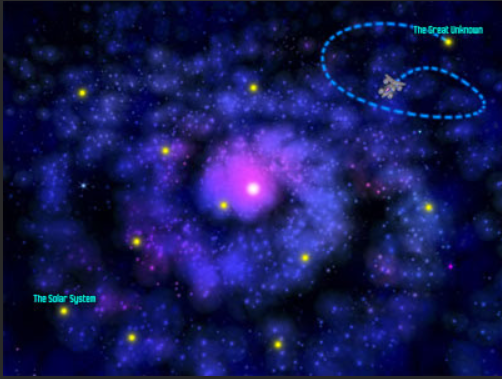 Starting from a point between the end and the nucleus of the galaxy, where the temperature is average…advancing in the center of the nucleus and vice versa, the temperature would increase/decreases, requiring some upgrades to reach the centre.
In the center there might be, for example, a black hole, where the final boss is waiting for us!
Under this form the planets of fire and ice would have a logic after location!

Great idea in theory, but my concern is that it may require an impractical amount of image rendering. I think the centre ſhould hold a ſuper-hard all-miniboſs/boſs ruſh 200-300 waves long, awarding a bunch of keys to anyöne who completes it.

It would be great if the galaxy had some kind of shape when you zoom out like that, it shouldn’t be too hard too add, but I guess it’s too late now.

Noooo why you bumped

When they bump all old topics, someday there will be no old topics to be bumped on

Yeah, actually, I was thinking about coordinating and BUMP al possible topics, but it’s a very dumb and unnecessary idea.

of course it’s a bad idea, because I wrote this too late and now she is 9 months old, it doesn’t matter anymore…This post had to be closed

I just expressed my opinion, even if it’s late.