Feedback: The Next Generation & Military Parade

The way how waves are generated makes some waves lose their theme which mostly having a mixture of enemies. This specifically pertains to both The Next Generation and Military Parade. 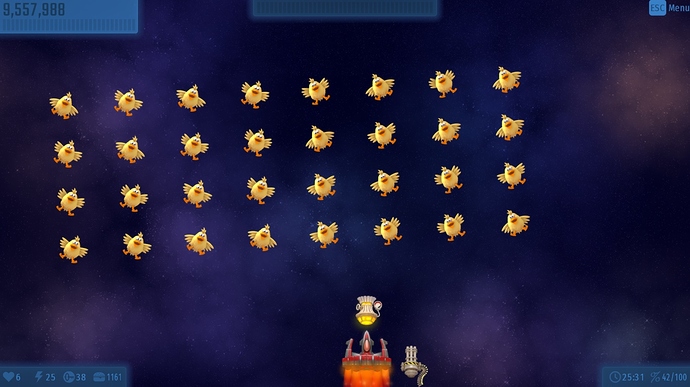 The best adjustment on the mentioned waves would be:

These furthermore increases the difficulty required to encounter them.

Can we maybe just rename them or something instead?

For the Military Parade yeah but for the Next Generation it’s for the above reason on new breed introduction (only one type will appear).

Rename it Chicken Procession or something. idk.

That’s also one, since such wave specifically mentions an enemy type. Those 4 chickenauts should stay as is and only the outer rows are given different enemy types depending on difficulty.

Rename it Chicken Procession or something. idk.

That’s too broad for a wave name (like some other waves).