If anyone is willing to make mockups for these ideas, feel free to post them

This has been an idea that has been lingering around my head for quite a while, and so I was thinking: Since we got a lot of variety on the enemies, why don’t we get in on the UFO versions as well?

So for those unware, currently we only have two types of Chicken UFOs; regular chicks and pudgy chickens, yet in-game we have far more variations of said enemies.

My idea is pretty simple, create variations of the traditional chicken UFO, each reflecting the individual enemies, mostly to spice up layouts by quite a lot.

But in case if you’re thinking: “These will not do anything different!”. Let me stop you right there, each Chicken UFO would behave slightly differently from each other, it mostly depends on the enemy inside, so for example:

Now as for one thing to address with this concept:

And that’s pretty much it, let me know your opinions on this idea.

And why stop there?

The problem I have with this, that not only are the UFO very recognizable right now and you can tell which does what, with different enemies, you will just have to scan all the UFO’s. You can only see their head, and it’s also partly blue like all other enemies will bein UFO’s.
And also it mostly doesn’t make sense as they’re controlling the UFO, and not using their suits and equipment etc. to deal with you.

No, we should stop there.

Don’t forget about the Yolk-Star™ UFO. 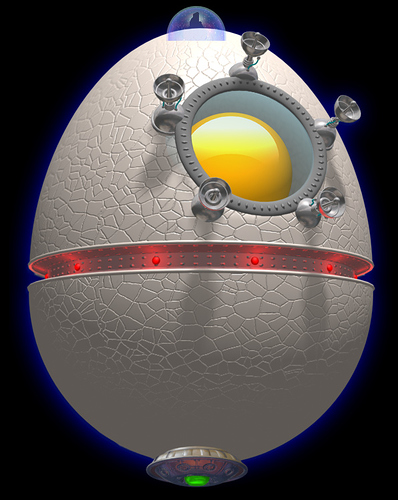 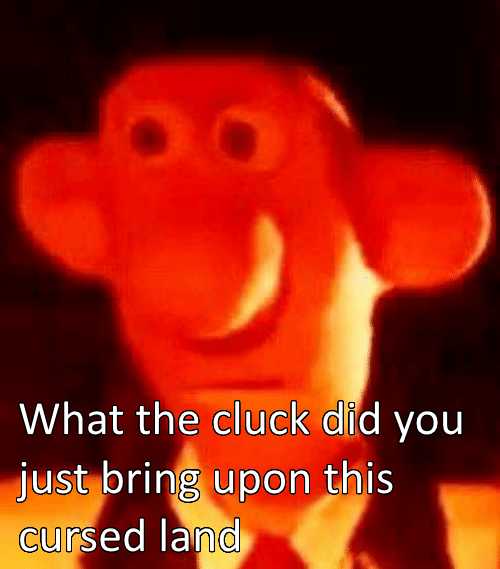 Jokes aside. This is not that bad concept in general, but for it to work, different types of UFOs must be easily recognizable. Color indicator of some kind maybe?

Pilot chicken UFOs would attack with TWO eggs rather than one

Big NO for that. Regular targeted eggs are annoying enough. Double eggs flying directly at you would probably be a nightmare.

Well, pilot chicken UFO itself aint a bad idea, just the attack. Maybe instead of double egg flying at the player, it would spawn 2 eggs, but one by one, so the “projectile” is longer, not wider. In such scenario it probably wouldnt be that hard to deal with.