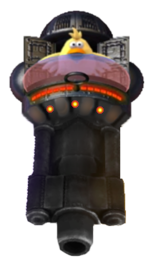 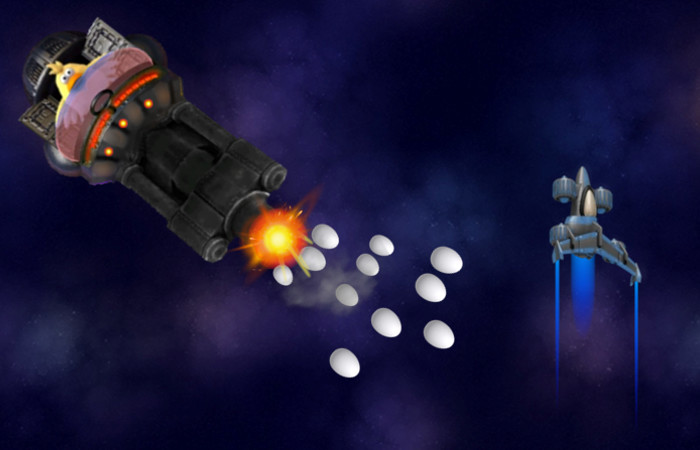 Screenshot_1700×450 51.3 KB
Basically it act like chick gatling gun but it fire a burst of egg (Like egg cannon cannonade last phase)

• They fire 5-10 eggs each round
• They will fire 3 round, then reload (Same as gatlings reload time)
• Each round probably have delay around 2 sec (1,5 if its on high difficulty)
• Appear on 75% difficulty

After it fire, one of those lights turn off. When reloading they light up one by one.

Spawnbanned from waves where close quarters combat is necessary.

But every heavy weapon have gun at the end of the name.
Then… it would still be a good concept if it was called “Eggun”

fair then, because there is a shotgun called “Jack Hammer” and y’know, Chick Hammer. 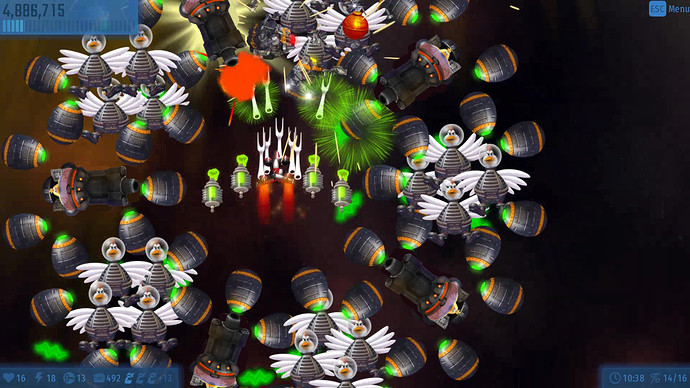 Design-wise, it looks pretty cool, a 7/10 from me, although the misalignment of those lights bother me quite a bit.

The attack also seems okay for medium to large sized waves with enough bullets to be actually threatening. But for smaller waves, and especially in close quarters, it might result in situations that are way too difficult for the average CIU player if not downright unfair but then again, several of the existing enemies also have this problem like the coward, slob and toxic chickens. This should be a no brainer, but this thing must be spawnbanned on certain waves, Wheel of Fortune being one example. Sure eggs from a chick gatling gun can be dodged, but a shotgun-like blast that close is straight up unavoidable.

And whilst the idea itself isn’t bad, it’s fair to say that it isn’t the most innovative idea out there. Still, it’s an okay idea if implemented correctly and by that I mean, PLEASE spawnban this enemy from waves where close quarters combat is necessary. I’d rate it 6.5/10