A special weapon is an item to defeat chickens easier or faster, makes saving the world easier.
The medal is for challenging.
For example, the more gifts and powerups you get, it will be higher in stats, but you don’t get the lorem impsum medal.
In your first mission it asks you to use special weapons, it also gives you them for free.
Moron gun isn’t recommended to be used, but it gives more score if you used it.
So in my opinion, it’s better to use special weapons, even if it prevents you from getting more score.

The “Cup” letter has something wrong 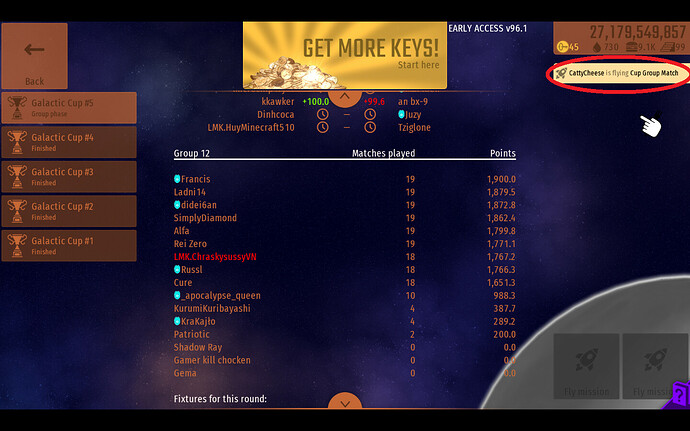 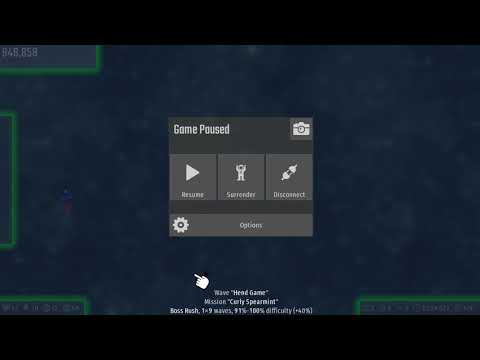 I don’t know why this is happening?

I would honestly be surprised if it’s possible to launch CIU on HTC Hero due to this, because afair episodes glitched out and died. By the way, what is the current plan of actions with google play store? And what was the reason behind the rejected appeal?

What are these accually mean and how will they work?

Now that Asteroids and Treasure Shower are no longer cheesable, can we remove cleen sweep from these waves? It’s very impractical to try to get every single asteroid since they can now come from the very corners of the screen.

you can play game on macOS

It’s very impractical to try to get every single asteroid since they can now come from the very corners of the screen.

Unless if the asteroid were fall from Up. Not left or right.

if it’s impractical then why remove it

but if you manage to clean sweep, then good for you. just take the extra points that probably won’t do much

@Recruit_75 Will it take you long to type there?

Because the stakes are too high for a relatively insignificant wave.
The challenge aspect of top down shooters should come from dodging projectiles and lasers, not calculating risk and reward.

Of course perishables and other items being predetermined is a higher priority. Everyone should start with the same number of lives, they should have a random number of special weapons and other perishables to help them out, some perishables will have to be outright banned from comp missions, they should have the same HUD’s, etc.
An even playing field where skill, improvisation and good judgement is required instead of shelling out keys for in-game advantages.

Maybe if this were implemented, I would see the appeal of making quick decisions mid-mission to get extra points, but right now, it feels like I have to do extra work to catch up to someone who uses appetite attractors.

I still think the no-death medal for the entire mission and Unprepared medals should be from daily challenges and weekly challenges cause they make the difference between losing and winning too extreme. You could keep them in ironman, if you really want to keep it extra competitive.

Alternatively, we could remove max power bonus from comp missions, as it can be impossible to predict the order of gift boxes in missions where only 1 attempt is allowed, leading to someone getting max fp and someone not getting it. It’s a niche case, but one with significant consequences.

We also have the Marksmanship medal. In its current state, it promotes the usage of single-beam weapons like Plasma and Positron while demoting spread weapons like Ion and Utensil.

Weapon accuracy should be calculated by how many projectiles in a volley hit a target, if it’s equal or greater than 50% the medal should be awarded, therefore making other weapons more viable. As for chaining weapons, only the main beams missing the targets should count against accuracy as it’s very hard to control how the chaining works.

Oh and finally, can the falling pattern of food be pre-determined in competitive missions. Losing a Super-Size-Me to a cluster of invincible barriers is no fun, especially when knowing someone else could’ve gotten lucky and got the burger and thus award them over 30k points.

I’m kinda in a bad mood ngl, I needed to vent out my frustrations on how competitive missions work.

As always, may the forks be with you all!

Because the stakes are too high for a relatively insignificant wave.
The challenge aspect of top down shooters should come from dodging projectiles and lasers, not calculating risk and reward.

the dodging part is true

It definitely went off topic, I’ll admit but I need to say my thoughts on the other parts of competitive missions that I find frustrating, so that hopefully iA might try to find some sort of workaround

As for the risk and reward part, there’s the risk of dying and loosing the no-death medal, along with other nerfs of dying, and the reward being getting the clean sweep medal along with potentially getting all of the gift boxes, powerups and coins.

If a 2D shooter isn’t about risk and reward, you might as well disable overheat since that’s too much thinking that distracts you from dodging enemies and projectiles. Oh wait, then there’d be no point to the weapon at all since you’re firing it as fast as you can anyway. Might as well disable the weapon and just make you dodge some stuff for a predetermined amount of time, now there’s a real challenge.

Lemme state that I’m fine with risk and reward, I’m not however a fan of extreme risk and reward, especially in a rather insignificant wave in the form of asteroids. Players should be capable of catching up to their earlier mistakes instead of being condemned to a low spot.
The current penalty for death is too harsh for such a risk and reward system to work without souring the experience of someone’s first attempt at competitive missions.

The current penalty for death is too harsh for such a risk and reward system to work without souring the experience of someone’s first attempt at competitive missions.

well what do you expect

and usually if you die, that’s your fault. death also has an emphasis on skill, unless the wave is absolutely impossible

if you think the penalty of death is too harsh

Players should be capable of catching up to their earlier mistakes instead of being condemned to a low spot.

then here’s a question

are you doing something wrong

and usually if you die, that’s your fault

‘Usually’ being the key word here. Players can die by hvaing their mouse malfunction, a disproportionately hard to avoid ram attack by bosses and certain waves for their difficulty level, just trying to see how far they can push their limits, a mouse that couldn’t stop on a dime, using bombers on a wave that isn’t bomber friendly, massive poop walls from cowards and slobs, etc.

Even if it were possible to attain enough skill and patience to not die frequently enough, do you think the current rewards are worth such a potentially time-consuming investment?

There are many comp missions that are otherwise easy if not for a cheap ram or an epic wave. Learning how not to die on them is supposed to be reserved for a higher difficulty level. This could be fine for ironman missions but not for something as benign as daily mission easy.

Players can die by hvaing their mouse malfunction,

get a better gaming chair

Seriously though, mouse malfunctions aren’t that common. Poop walls from cowards can be avoided if you don’t shoot like all hell, even with Ion Blaster. If you’re having trouble not dying on Daily Easy, you just have to improve your skill. Now you would have had a point if you were talking about Daily Intermediate or Hard, but if you’re dying on Daily Easy you really have to get good