This is mainly a technical update to correct the instabilities that have been plaguing the servers for the past few days due to increased load. But quite a few small improvements found their way in there, too. Check the changelog below for details.

nothing to say, but cool

I’ve changed my langauge and suddenly forgot number 9 (for changing format of numbers) doesn’t exist for RTL language. It shows me wrong numbers. I apologize

What? Don’t you use the decimal system? Are there not 10 numeric digits in total?

Sorry, someone forgot to add number 9. That’s why this happened.

Translations of numbers are great
Only these sections are not applied 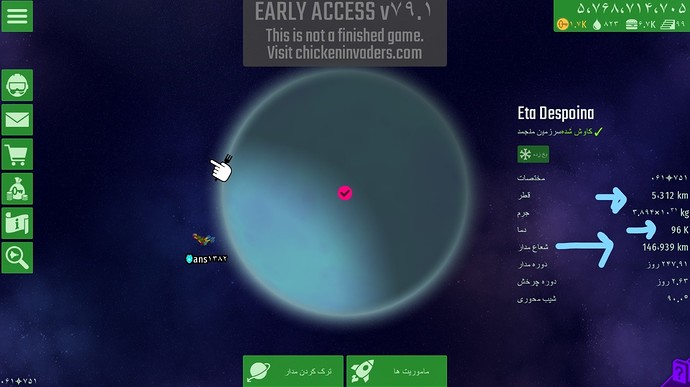 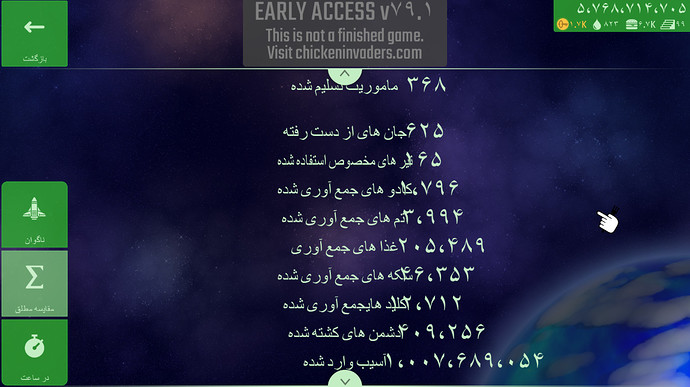 What about just including the changelog in the steam update/patch notes so people can just read it there?

What about a Firepower bank? It halves the loss of you firepower when die.

Would be nice, but honestly I’m neutral about auto-use or perishabled. I’ll just pick a random option.

No, that means you can just pay your way out of a firepower loss. Either it has to be made more lenient, or do nothing at all. For this reason I believe Speedy Recovery too should be removed.

Hmm… why there is a

Which one is that?

Which one is that?

Why is the “half space” displayed as a line?
in پرنده‌س ?

Half space is shorter than space and it is just in Arabic , Persian and Urdu .

Just took a look at the new projectiles 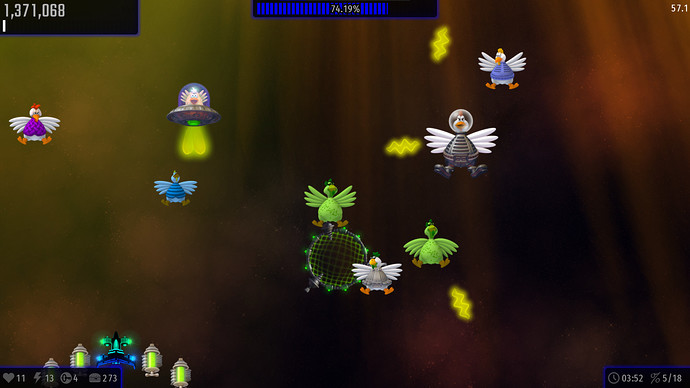 I don’t really like the new chickenaut projectile color, it looks like some zig-zag jellybeans.
And while the current UFO chick bullets look pretty cool, I fear that they still might blend in very well with the toxic clouds.