Damage values were not changed, only the splitting mechanic was introduced for now.

Speaking of which, I can’t get the hang of how it works. (SPOILERS AHEAD!!)

It seems to behave similarly to Lightning Fryer’s chaining, but additional streams appear for a split second and disappear. Maybe I should try it on bosses to see if that’s the case.

Edit: It’s basically Lightning Fryer’s chaining but all streams appear instantly. I tried it on a wave with multiple targets that have a lot of health. Well, I’m not against that, but the two weapons need to have more differences because they have a similar mechanic now.

Unfortunately, something happened. Just after I ended session and returned, the game crashed, as in “it automatically closed”. I am not sure if it was on a specific wave (“Do the Backstroke”), or it happens occasionally. Regardless, this has to be fixed. Not to mention when you reopen the game, the mission ends, and so will some of your perishables.

v42.2 Hotfix has been released. The server won’t force you, but it is essential that you upgrade to this version. Hotfix changes:

Are the text bubbles after starting a boss fight missing? I remember all CI5 bossfights had one, and I just started a Hend Game boss without getting any.

Also, quip appearance is random – let me know if it’s too rarely or too often

They don’t always appear, and they don’t completely match CI3/4/5. 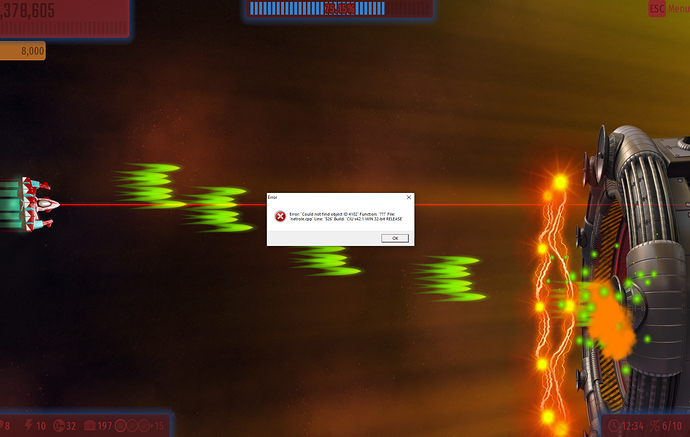 the error happens on pulsating grid as well.

It’s also fixed for that wave. I just forgot to add it to the list.

I certainly hope this is a one-time thing, because that’s a serious error (and one that I have no clue how to fix quickly)

hero quips are controlled by the “In-game help” option – if you turn it off, then they won’t appear.

Oh, is this mandatory? It hides the “esc” thing in the top right corner and the “move mouse to move around” text at the beginning, which is pretty useful IMO. (if so, could the info about that option state that it controls the bubbles too?)
Also, even if it’s disabled, Space Race bubble still appears. Intended? 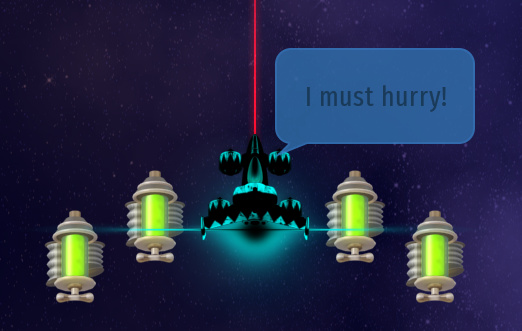 There are surely a lot of bug fixes here, nice

Why do I always have to jinx

it also caused the mission to end

Oh, is this mandatory?

Well, let’s see how annoying they can be, and we can have a separate option for them

actually after i restarted the game, the mission i played “Strange Paladin” was not in my recent missions. Almost like I never played it

it also caused the mission to end

Yes, this is a protection mechanism. If your game crashes during a mission, then that mission is completely cancelled. This is done to avoid getting caught in an infinite crash loop (the assumption is that there was something wrong with that particular mission that caused it to crash).

That answers my question.