v.106.1 has a problem where your spacecraft will jump to the center of the screen each time you fire (at least when “capture mouse” is on). This has been fixed in v.106.2. Download it from here: ⬇ Download Early Access

The main change in this update is the capability to cycle special weapons during a mission. This feature has been missing from day one, but there were certain implementation details that made it difficult to add. I’ve now bitten the bullet and re-worked the necessary parts, so there you have it. You’ll need to set up two more controls to cycle forwards/backwards through special weapons (due to this, all your Options have been sadly reset in this update). Default settings are < and > keys, or mouse wheel.

There are also improvements to touch screen control, which should be fully functional now. If you have a touch screen, please report your experiences here.

Accumulator still isn’t balanced against Overdrive, so you’ll be automatically disqualified if you fly any competitive mission. 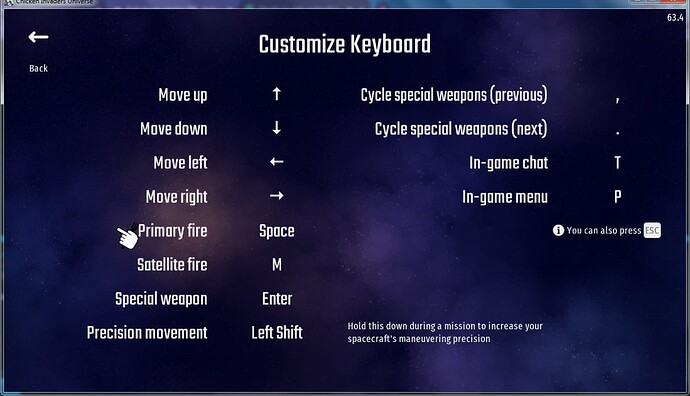 all of settings are back to original

due to this, all your Options have been sadly reset in this update

I Think it was Bug in this video
https://youtu.be/qvbhAurbNd0
@InterAction_studios Can you fix it

v.106.1 has a problem where your spacecraft will jump to the center of the screen each time you fire (at least when “capture mouse” is on). This has been fixed in v.106.2

I Think it was Bug in this video

2nd Edit: This issue occurs with all speed capped craft in general, not just bombers, and the issue exists only for players without capture mouse.

BASS version has been updated in v.106

why do you have to update it?

Man this is so awful

I’m aware it doesn’t really matter but shouldn’t this be corrected to “Double-tap to activate booster.” or something close to this? Since we have 2 boosters in the game and these vary in things.

It’s in the touchscreen section, btw.

shouldn’t this be corrected to “Double-tap to activate booster.”

I thought about changing it, but I decided to leave it because it’s more generic. At this stage the player might not even know what boosters are. But you have a point, I’ll think about it some more.

why do you have to update it?

To investigate the “looping sounds” problem.

@InterAction_studios
Since it now says ‘‘units of food’’ instead of ‘‘food’’ when I’m about to sell food at a Space Burger, can you do the same for the Grill Hero medals? Something like this: Awarded for selling 10,000 units of food at once. 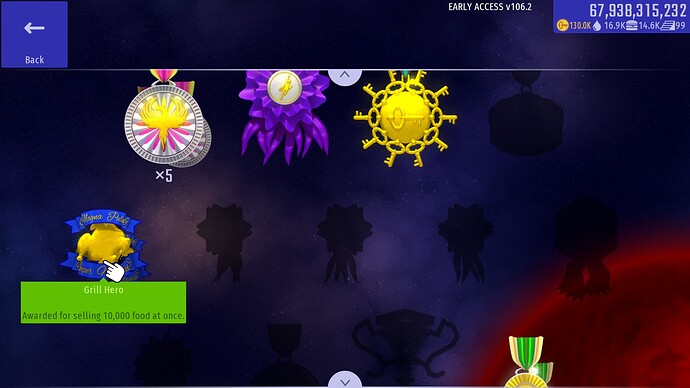 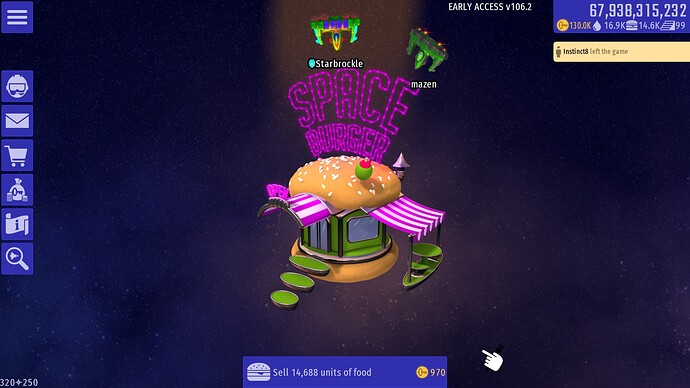 If the ship jumps to the center when fired, can it be physically killed by the enemy (in a collision)?

It should. Even instant movement is being calculated correctly. 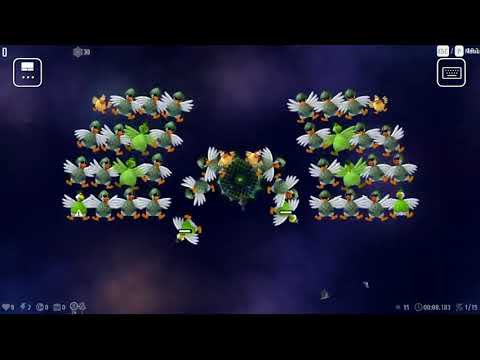 funny moment when I play CIU with my phone (iPhone 5S) by steam link
its stuck in one area
and after I turn off steam link, it can’t fix: fun - YouTube
I think it needs to fix

Is it possible to slightly increase the display of the danger zone in the “On the offensive” wave? 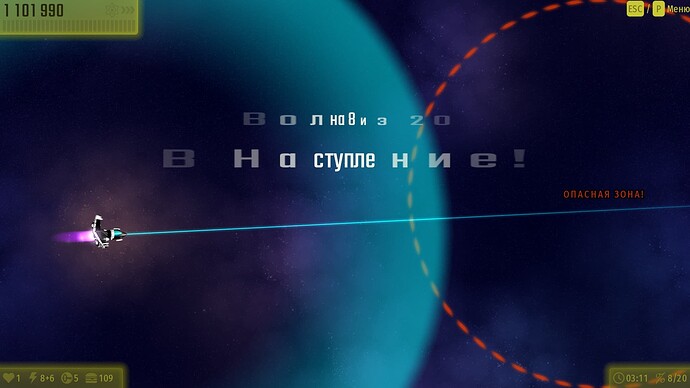 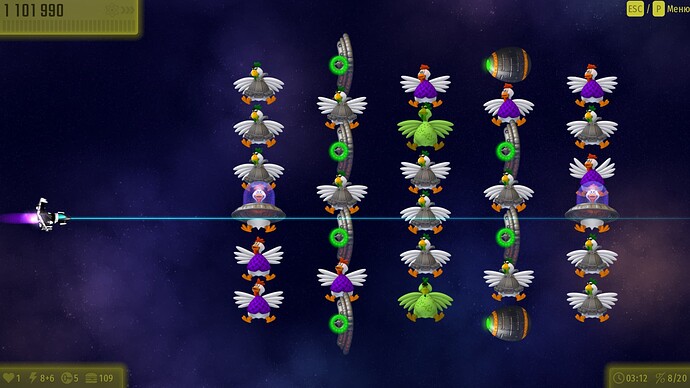 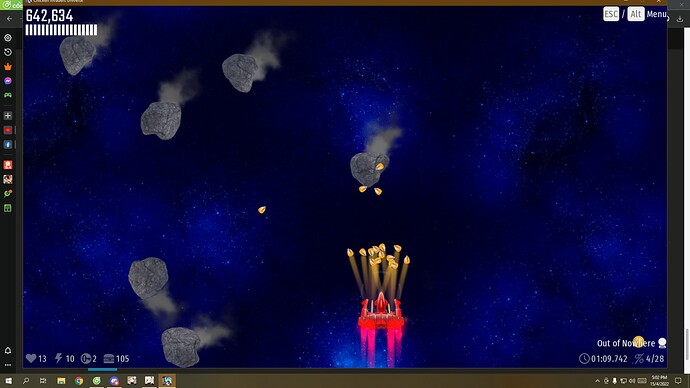 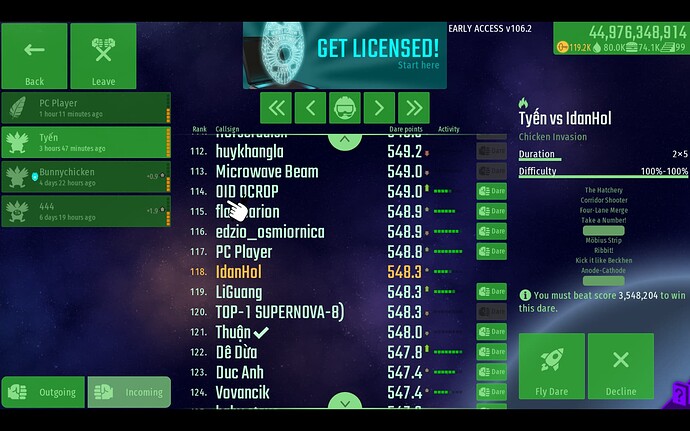 In League all the bosses are not shown.