Double Boss: Snowball Fight & Put The Sauce on The Saucer

There are suggestions to make multiple bosses come at same time, so you fight both (or more) of them in single wave. But it won’t be as interesting if we don’t add spices to it. So I have two.

In this encounter you would face two of sweater chicken, and yet, you still have to strip them before able to finish them. But, this time they don’t lay eggs! Instead, they throw snowballs with same amount (10 for each). Snowballs are affected by gravity downwards, like grenades. The difference is that they don’t bounce, and for some reason they’re thrown as fast as they lay eggs.

The battle is in 150% zoom out. (Illustration not to scale) 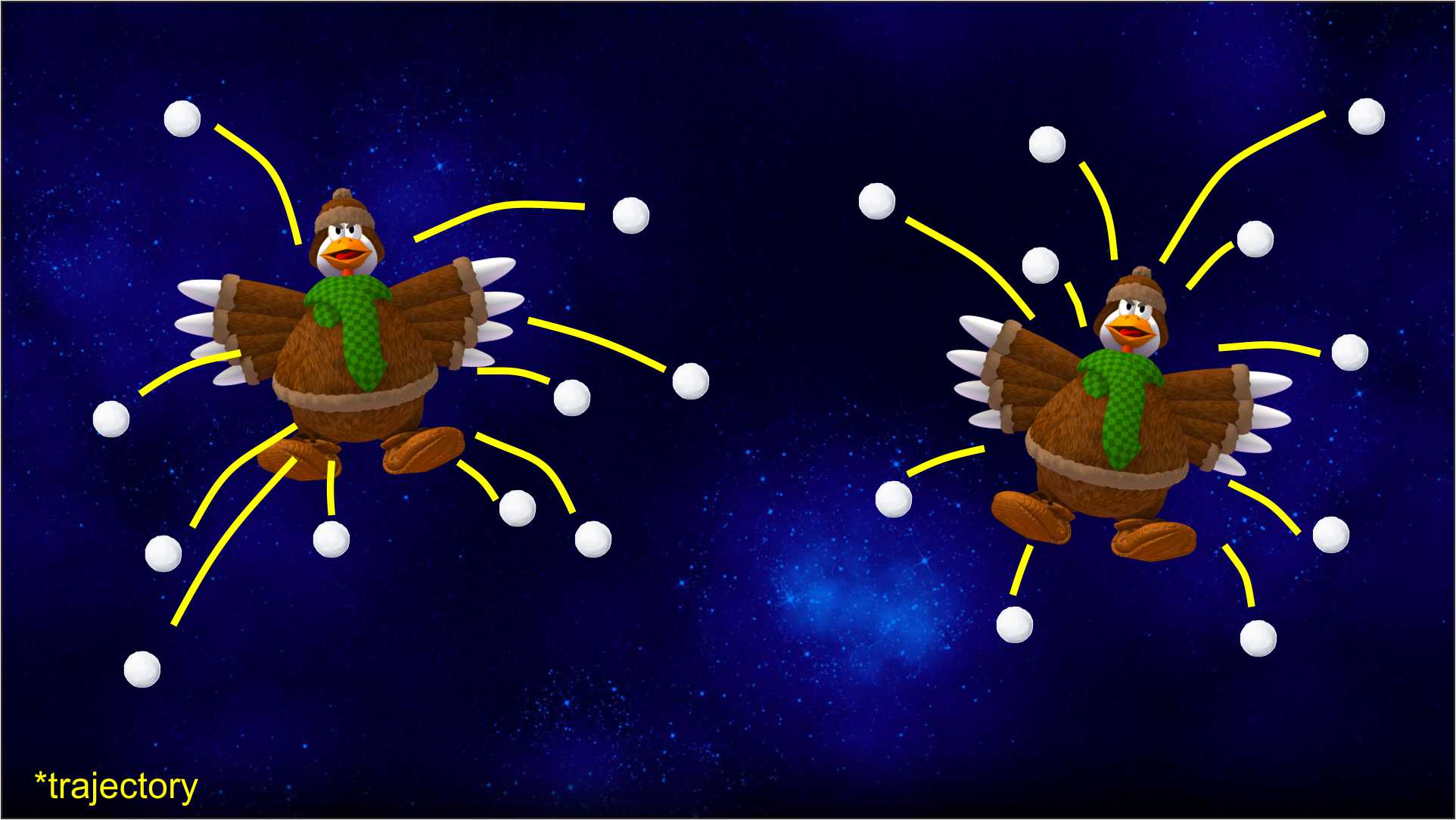 Using two U.C.O #3 let’s make a mess. U.C.O has time when it stays in position and moves. So I make while one of them is moving, the other one stays. But the attack is changed, they only shoot red laser (targeting player) when staying still, but while moving, they shoot the purple ions. Basically you’re being attacked with same pattern but from different sources. They move more calmly but cover wider area. 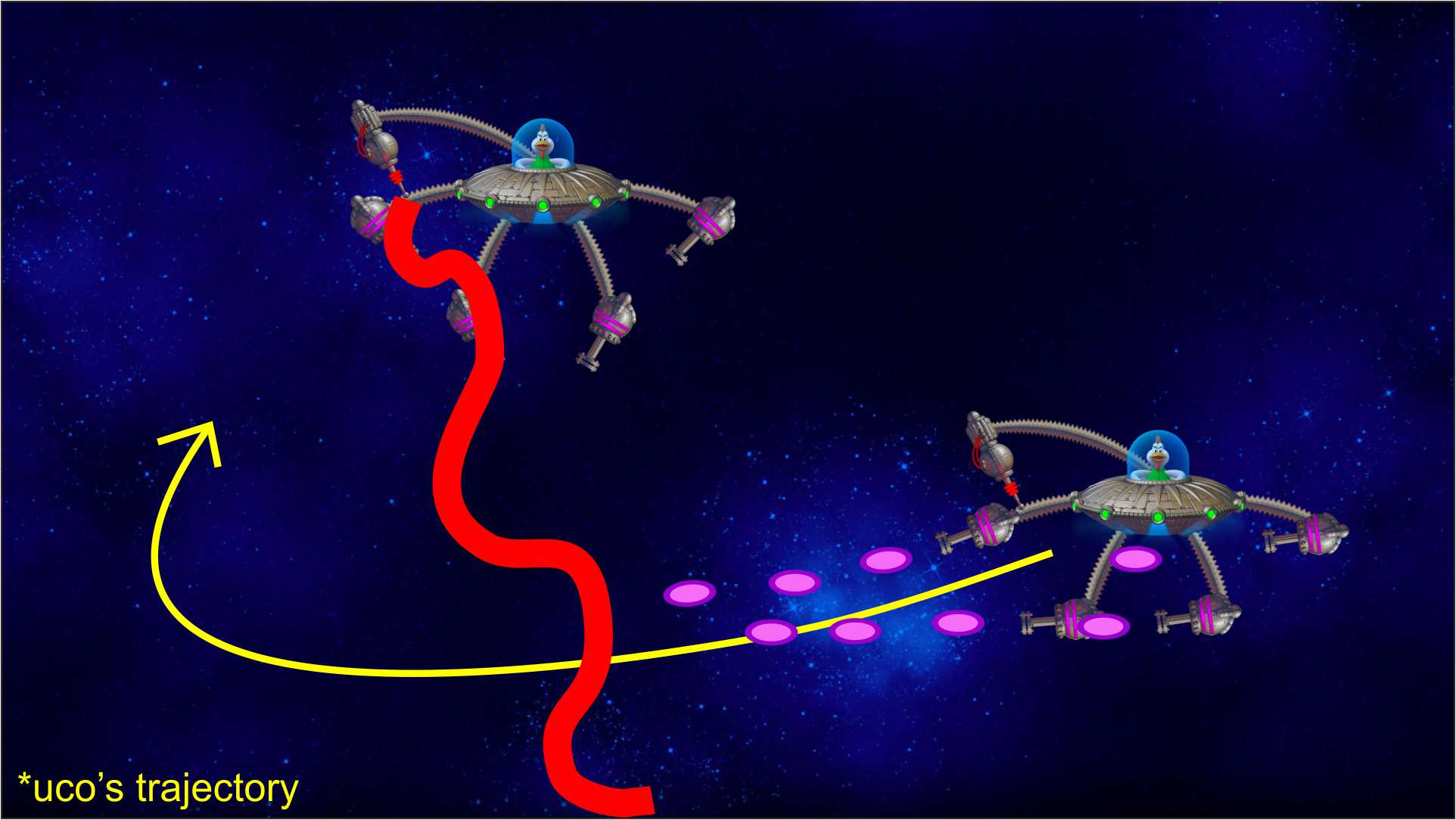 Well, that’s all what I’ve figured out without making a bigger mess.

Are those snowballs enough to destroy you or just stun you? They look way too white and way too soft.

They kill you. (i just took it somewhere on internet, they’re just an illustration, real gameplay graphic is subject (obviously) to change)