Time for another stupid suggestion:

Space is a large place with bunch of weird stuff. There are tons of stuff are floating around space, lying down on a planet or taken by chickens. Can you collect them all?

These Items can be held by any chickens (including bosses).

Appearance: they’re chickens with the item on their back, they’ll also emitting orange glow. 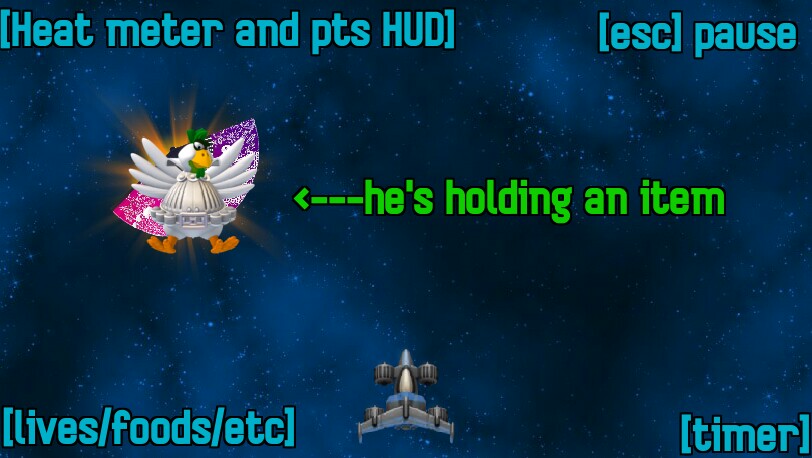 After killing the chicken, the item will drop like keys.

After killing the iten-holding metal suit: 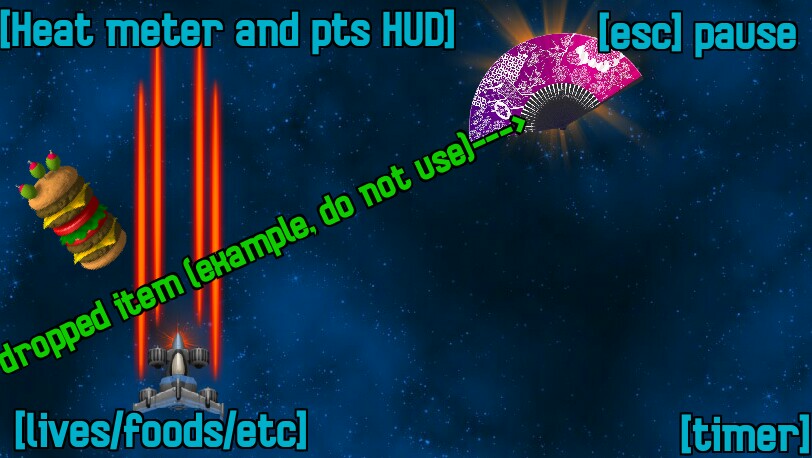 After collecting the item, you’ll get a bonus along with 200k points as reward, and if it’s an item that you don’t discovered yet, you’ll receive a message from UHF rewarding you 10 keys.

bonus and message from UHF after collecting the item: 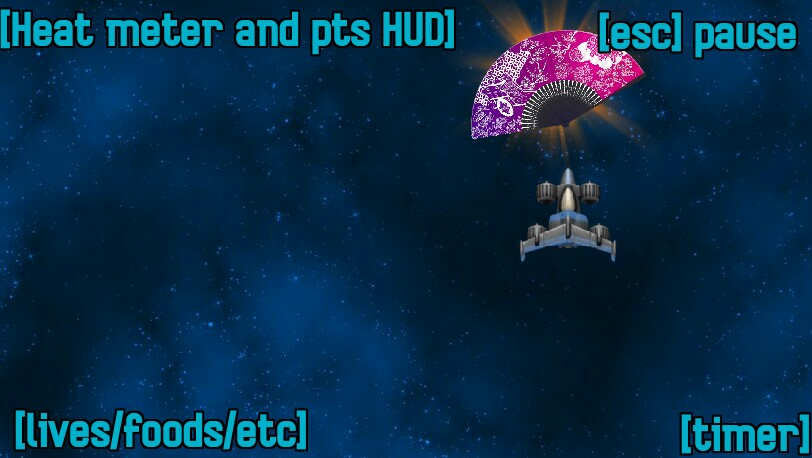 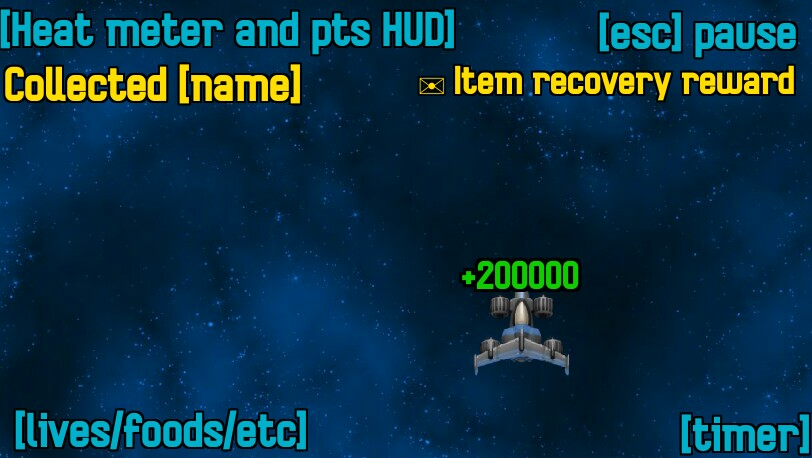 These items can be collected multiple times but they only drop one per mission and it’s somewhat rare.

ps, I put the HUD like that because taking screenshots is slow on my computer for some reason

Tom Risk items could be used. 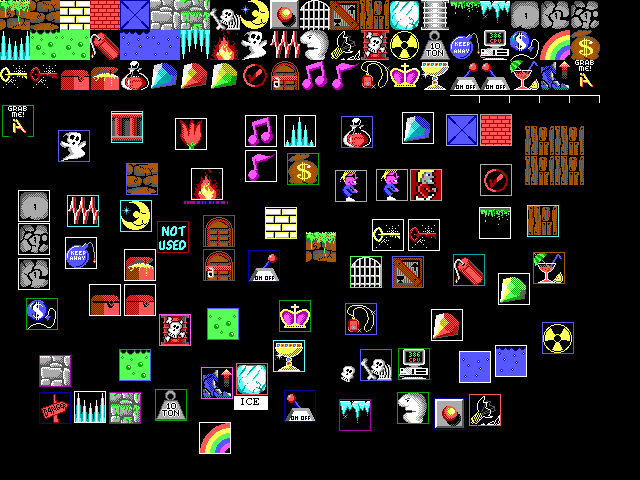 …You can’t just use items from another game.
(Although the base idea is more feasible)

Why not? If the reason is copyright, Tom Risk is from InterAction Software. 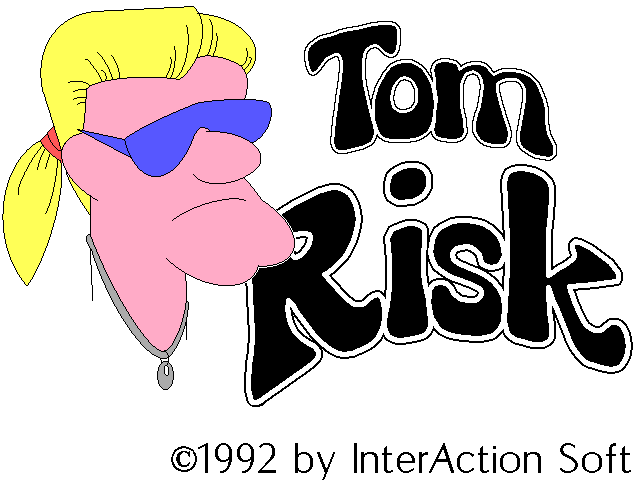 EDIT: Also, see the last item of the third inventory section (the GRAB ME! item with IA logo).

Not that you legally can’t use it, it’s more of themeing and y’know, doing something new and not always referring back to the old.

You’re talking about CI games. They could be a synonym of “referring back to the old”.

Tom Risk is from InterAction Software.

…allow me to show myself out now

But yeah. Other than what Davoid said about thematic appropriate-ness that’s fair game I suppose.

Well yeah, Im not saying you cant have some elements from old games, but it should be appropiate for the place in question. Getting something like a Grail as an item makes sense, but less so if it was a stick of dynamite or the crescent moon.
That being said though, the currency of the game is keys afterall…