Was this seriously done in just a few days? Holy shit that’s amazing, also really love the remix, just wish i didn’t have to be forced to play in 4:3. 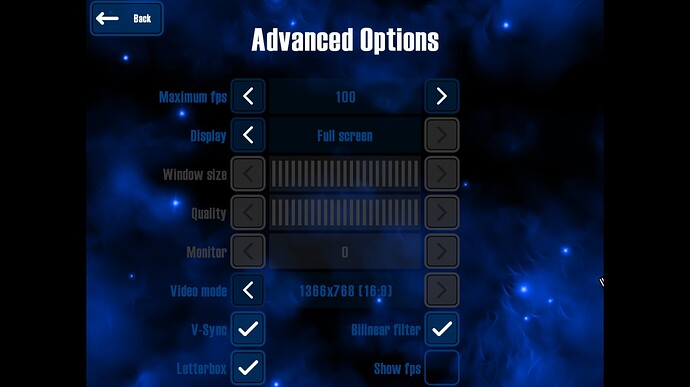 I know this is stupid but aren’t the low graphics we’re supposed to remove all the smoke trails and particles like in the original game? 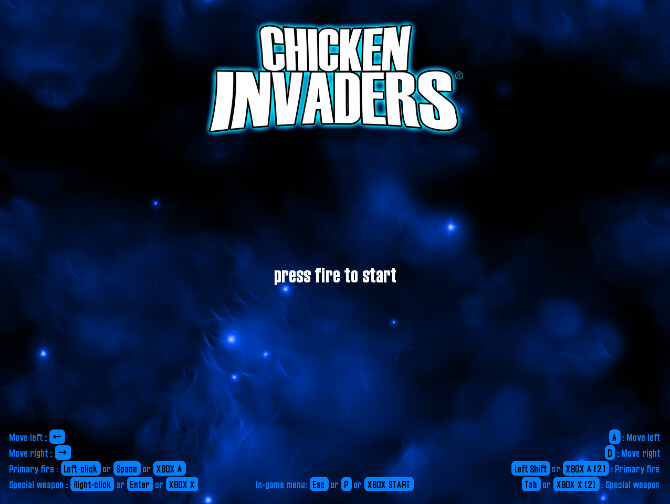 image670×504 71.5 KB
For some reason there is a memory leak on this menu screen. It keeps allocating more memory until it crashes after reaching 2 GB of memory after three minutes or so.
The error message mentions the vertex buffer

the firerate is slow, can you make it faster?

@InterAction_studios Can you move to:

Steam If you are a Steam user, get the game from: [image] Chicken Invaders Universe on Steam Stand-alone If you prefer to have the stand-alone Windows version, the latest update can be downloaded here:

@InterAction_studios Can you move to:

Steam If you are a Steam user, get the game from: [image] Chicken Invaders Universe on Steam Stand-alone If you prefer to have the stand-alone Windows version, the latest update can be downloaded here: arrow_down https://universe.chickeninvaders.com/files/ChickenInvadersUniverseInstaller.exe If you still receive the old version, try this link instead: https://universe.chickeninvaders.com/files/ChickenInvadersUniverseInstaller126_2.exe If HTTPS downloads are too slow for you, try th…

The game is good, but my mouse gets outside of the windowed gmae, and i can’t move for that time.

Does the food originally is not this bouncy enough to reach the ship?

You can save the topic as bookmark, so you won’t be lost when you wanna find the link again

The remastered version of the game is very amazing. But there’re both thing that i’m pretty sure it’s somekind like placeholder:

Yes, that was also the issue of CI2. 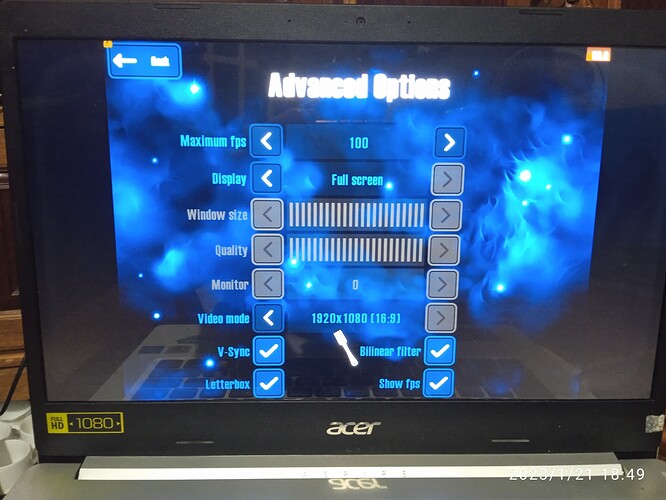 but untick the letterbox it turn to original resolution 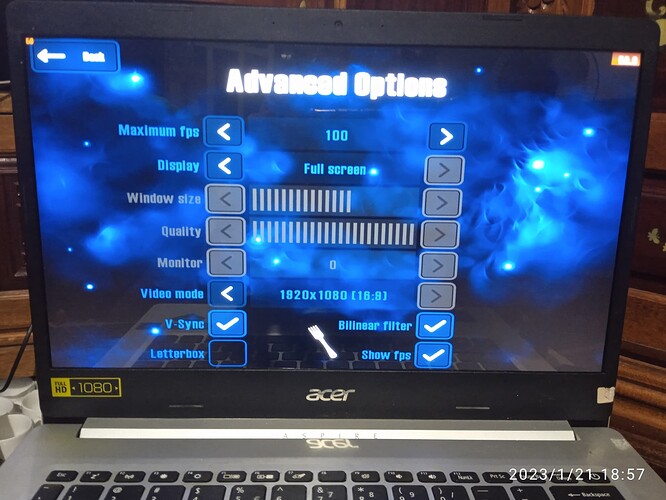 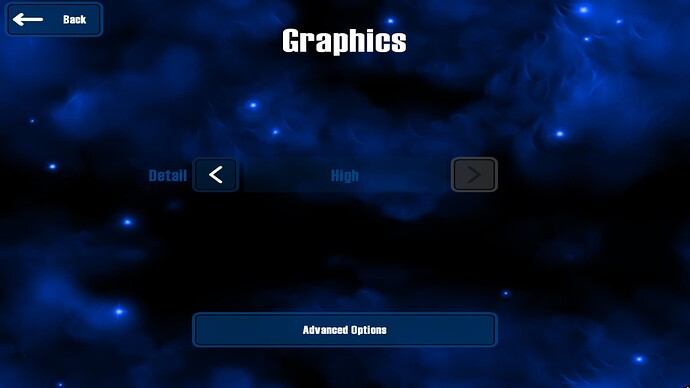 is it ok if i will backup all beta versions? the more this game gets updated? (cuz now it says beta 0.1)

also whatever you do, if you are gonna add languages (i guess not cuz its a remaster not a remake) but still, don’t add Hebrew

“Press fire to join” is covered by FPS

Can you remove the red FPS graph

Score is too close to heart meter, can you move it slightly away?

No matter how far I move it, it will eventually overlap.

I’m not doing anything with F7 (especially). It could be some other piece of software on your PC that uses that as a keyboard shortcut (perhaps doing video recording? that would explain the FPS drop)

and is called CIU in task manager

Not here. It will eventually appear on interactionstudios.com

I don’t know. I imported the whole folder by accident, and they were there. Probably unused/superseded. Removed.

The code for egg movement seems like it was changed, because now it is possible for eggs to move up instead of down on the minus waves

Code is the same. A had a quick look and this is an RNG issue. Borland’s RNG will return positive numbers when passed negative ranges. Some more digging reveals that the % operator discards signs in Borland, but preserves them in Microsoft’s compiler. This is odd. I was under the impression that it was codified in the C standard. Maybe the compiler is too old, or non-compliant.

Not any more. Changed.

if you skip the cutscene at the beginning of the game, the music that accompanies it will not stop playing when you start a new game

By default, music keeps on playing throughout. You can turn off the “In-game music” option.

Also for people that only use keyboards, you can’t actually fire

Looks like you’ve changed the bindings yourself. If you press “Reset to default” on the previous screen, does the “Space” return next to “primary fire”?

I have a question will you add official online leaderboards like in the episodes?

With all the cheating going on? No.

You might need to add a heart and missile counter my guy.

Lives are now specified as “x ???” if you have more than 3. I’ve left missiles as-is, because it’s much rarer for them to overlap.

gameplay feels slow, you might want to make it faster (game is locked on 30 FPS

This is not possible to change, as was explained in this series.

The spacecraft is not centred most of time

Indeed, the rendering was off-center (even in the original). Fixed.

these lightning issues which were hidden by the low resolution of original game are now apparent.

Suprisingly, there were NO lights (!) in the original file. I’ve added one and tried to match previous shades (it’s not perfect)

the network predictor circle is way too opaque

I don’t want to do opacity effects, but I’ve changed the colour to make less conspicuous

I had a close look, but I can’t find anything wrong. Maybe just that, due to the 2x scaling up, the particles seem to be positioned slightly inaccurately. How does it compare against CI2? Do you think CI2 explosions look more/less correct?

the game feels slower than original

The original was at 26.3 fps, this is at 25 fps. I’ve changed it, but I doubt it would make such a significant impact.

you can’t shoot with keyboard without taking controls off from the mouse.

I’ve changed this (you still have to click at the “press fire to start” screen so that the game knows you want to use the mouse, however)

That’s your screen’s actual resolution. It has nothing to do with the aspect ratio of the game (which is indeed 4:3)

there is a memory leak on this menu screen

the firerate is slow, can you make it faster

my mouse gets outside of the windowed gmae, and i can’t move for that time

Physics should be exactly the same.

what’s the purpose for this

To enter your name in the highscores