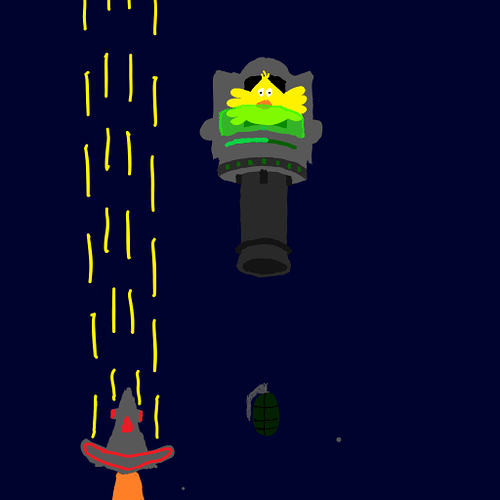 (Sorry for the bad drawing)

Looking at the number of recruits killed by grenades thrown by Millitary Chickens, the Henpire has experimented with wartime designs for grenade launchers that can be operated by commonly found chicken breeds in the expectation of replicating the same success. Soon enough a design modified from the infamous Chick Gatling Gun was assigned into platoon level units, said units are now practicing the mechanics of the Chick Grenade Launchers so that they can utilize their increased firepower more effectively.

Description: The Chick Grenade Launcher is a modification of the Chick Gatling Gun with the same hitpoints, same rarity (in the waves that it appears), same intervals between firing as well as the same strengths and weaknesses. However, it fires a grenade just like that of the Millitary Chicken instead of eggs, with the same mechanics as well (modifiable if problems arise).

Any constructive feedback will be greatly appreciated.