You know these egg ships (or just egg rockets because they literally look like rockets) that basically hover over the screen in like 3 or 4 waves and sometimes shoot a little bit of eggs? I want them back in the game! 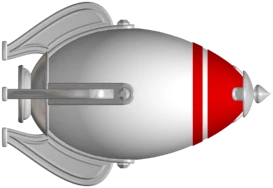 Here is how they could work:

They hover a little on the screen just like in chicken invaders 3, occasionally shoot about 4 or 5 eggs and they do have around 1000 (1K) HP and they sometimes drop medium coins (the ones that give you 1K points) and occasionally a power up drop, anything new they could be used for? They could have like a more mechanical variation and look similar to the metallic egg ship (also from CI3) and basically have more health and shoot more eggs.

They need to be remake when come to CIU so I think it will apper in the future.