Hi, I am here to say that buying lives suck.

Why? You buy to live? That’s nonsense. So I made this topic to bring back the extra life 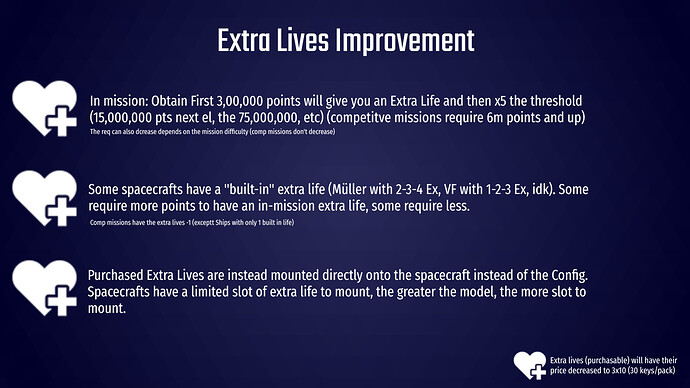 Extra Life Bonus: like the episodes, reaching a certain points req will grant you an extra life but the requirement multiplies every life you recieve. Competitive missions will also have this mechanic but with higher score requirements.

Spacecraft extra lives: For this, spacecraft now have built in extra lives and the greater the ship the more lives it will get. Built in grant you lives without you have to buy them. (Competitve missions strip away 1 life from the spacecrafts that has 2 or more built in’s)

Limited Extra Lives Slot: Purchased extra lives are now instead of mounting on the mission config, it now can be mounted directly onto the spacecraft. Spacecraft has a limited slot of extra lives to mount.

And finally, the life pack will be decreased down to 3x10

because they are just useless, well, not really if you don’t want to lose fast after joining a mission

Is this a good idea?

Why this for me? Beacuse you can’t buy life and I’m broke and filled with copium

I want all mission items to be completely free and unlimited (only limited by the mission slots, they should be unlimited in your bag), I don’t like the idea of receiving extra help in the middle of the mission. 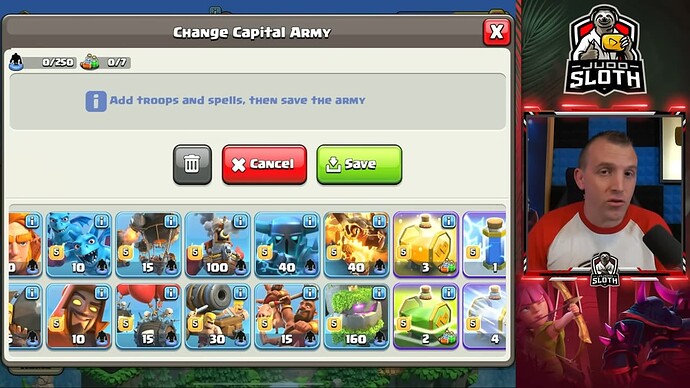 In Clash of Clans, armies are living beings (troops), in one attack you can only use up to a maximum number of housing space (250 spaces for troops, 7 spaces for spells in the above image, but in total they are completely free and unlimited). Each type of troop takes a certain amount of housing space.

If we use similar logic in Chicken Invaders Universe, your “army” would be the equipments you bring. Some items like Extra Lives take up a full slot, while others like special weapons only takes 1/3 of a slot (because each slot can holds up to 3 units). If we consider each special weapon to take 1 equipment space, that means Extra Lives and Poultry Payback would take 3 equipment spaces, and the whole spacecraft can have up to 90 equipment spaces. 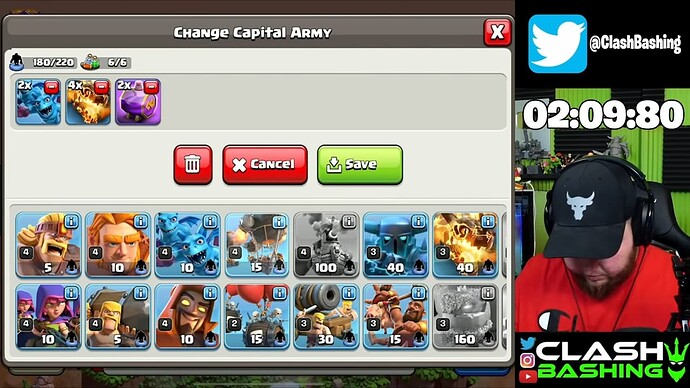 Using the display style above also means that you no longer have to drag Extra Lives from a slot to a different slot to copy it, just click on the button as many times as you wish without moving your mouse (that’s how it works in the game above). We can have two different limits: one for most items and one of HUD displays used (why should they take up normal mission items?)

i sometimes hate buying extra lives and wasting all of it on a random hard mission that i thought it would be possible to beat, so this MAY be a pretty good change to make extra lives not essential when fighting these tough or long missions

I don’t know how did you think of this idea when elite missions exist and that would make beginneers and startership users suffers really hard until they either quit playing this game or reach to better equipment.

ok serious, what da heck are you talking about. This feature will help noobs at the game not making them suffer in elite missions, the idea and your reply does not make any sense, not even matching.

if you’re a beginner player, why would you think playing on the highest possible difficulty and expecting to come out victorious is actually feasible

if its out of your league, you shouldn’t be playing them yet in the first place, so basically its on them for trying to play these without adequate equipment

You are saying that beginners having from 1 to 5 Iives and require 1M points to get an extra one where they can die alot between and fail the mission just to master the game elements will help them? I would say that will make them run out of patience.

Same thing applies to all players playing elite mission where they can suffer too before getting an extra life due to the insanity those missions include.

if you’re a beginner player, why would you think playing on the highest possible difficulty and expecting to come out victorious is actually feasible

I am not saying beginners should play high difficulty mission. Thing is they don’t master the game nor it’s elements yet and they already have problems in setting up extra lives system to play through nor achieving well score so why shall this one help them?

Hi, I am here to say that buying lives suck.

True, already proven in my thread.

Getting lives per x points you gain is kinda like getting help mid-mission, which should only be a Multiplayer thing, not in Singleplayer. In Singleplayer, you need to be prepared for a big mission in order to win it, preparation is the key, and the key to preparation is … keys.

And finally, the life pack will be decreased down to 3x10

because they are just useless, well, not really if you don’t want to lose fast after joining a mission

discounting the keys work, but it still doesn’t really solve the issue I stated in my thread.

Imagine if upgrading stuff in this game takes time and you’ll need keys if you want to speed up the process.

Because a huge part of that game is city/base building, this game is different (arcade style), requiring time to upgrade would have a very negative effect on the game.