I’ve been thinking of a second variation of the Egg Cannonade, that only appears at 120% difficulty and above, so here’s the concept for it:

This phase only get one more attack:

After the orange lasers attack, the second egg cannon shoots a giant laser that is 1/2 the size of the cannon: 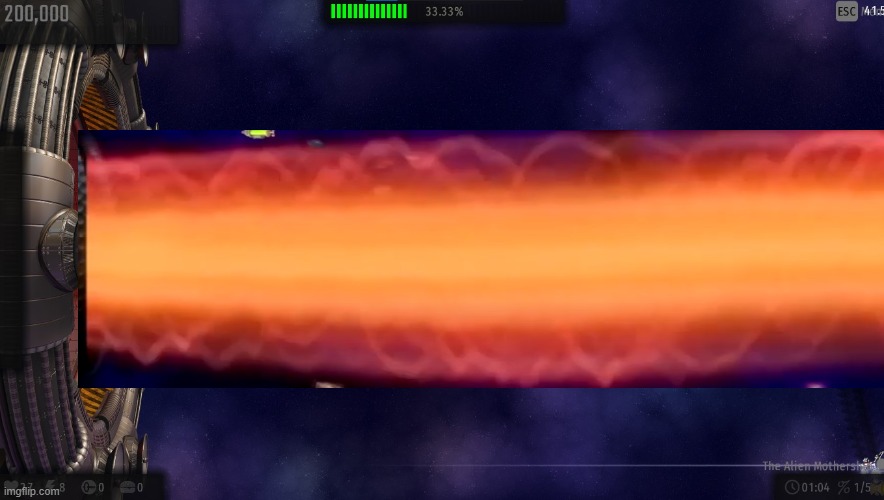 The Egg Shotgun is reworked and it has a new attack:
Instead of firing small eggs, the cannon now fires giant eggs at the player: 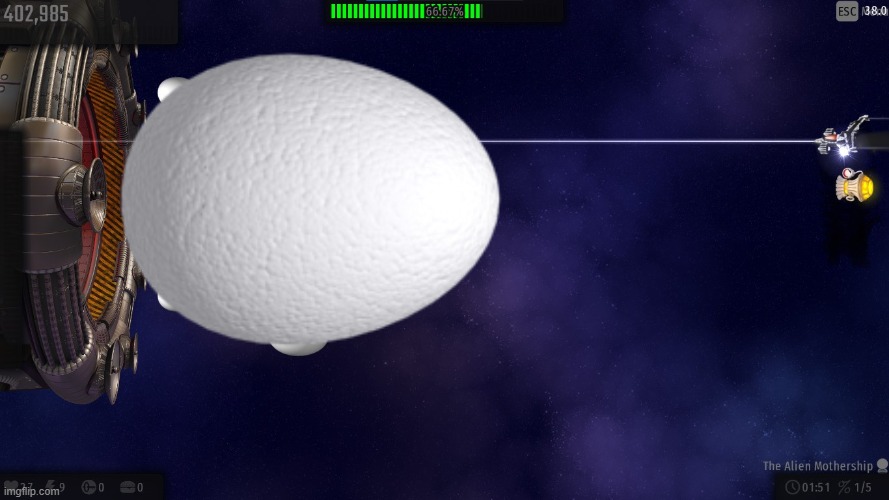 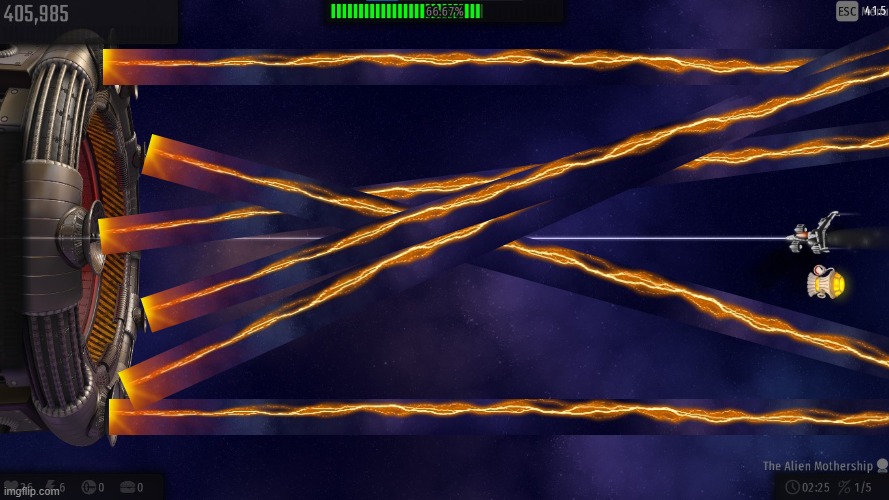 1 is more than enough.

Very good! Put in some updates to see how difficult it is 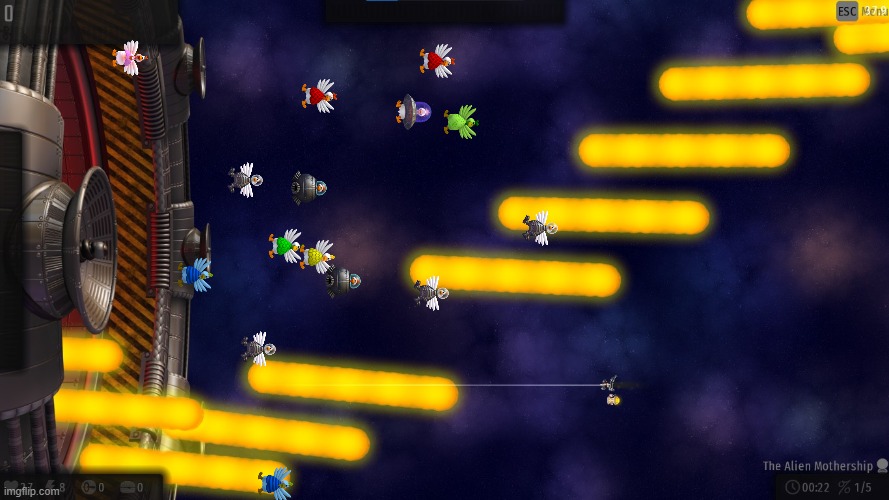 Yolk-Star™ with Coward and Toxic chickens is unfair enough, now this one though…

Imagine if the egg is mother hen ship…