Any methods for quick cash?

Does anyone knows any methods to earn quick cash in CIU?

Really though, all you need to do is get the best equipment for a better key multiplier (H&C 101 Hatchling and Superstar Hero skill) and collect keys that spawn out of enemies. Going to a constellation with a better location fluctuation percentage is also helpful.

Well, V9 is here, so you can do boss rushes. Try doing them on Superstar Hero, and you can probably rack up as many keys as this. 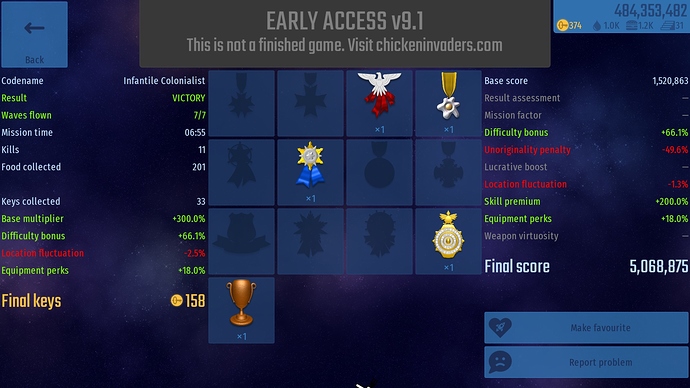 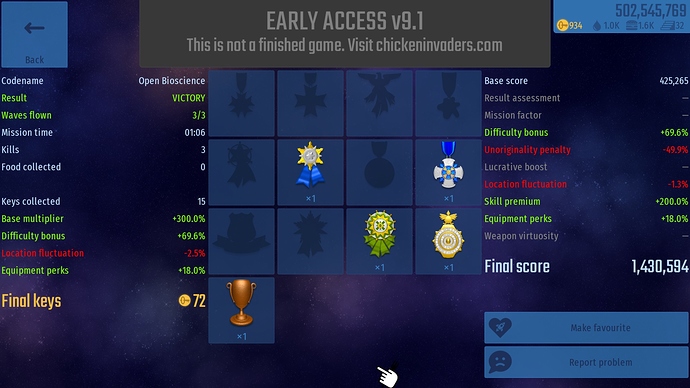 Seriously though, this is 10 levels of broken.

Remember: Each time you play you get less keys. So it’s just slightly broken at that point. But that’s a lotta keys either way, I also got lots from boss rushes. But I mean, they are supposed to be more difficult than normal, so maybe it’s balanced for that?

It was majorly broken earlier.

Each time you play you get less keys

That’s not true (unoriginality only penalizes score). Is it true? It shouldn’t be true.

It should be okay now. It was something that anyone could heavily exploit earlier. At least a nerf would mean that the exploit is now less effective. 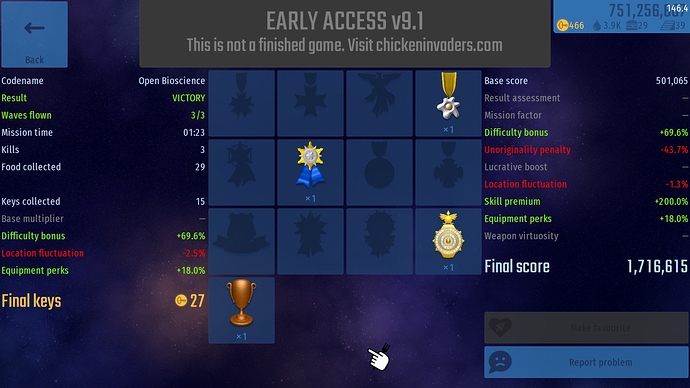 @InterAction_studios Yep, it’s nerfed. That’s still a high amount of keys though. 3 wins on Open Bioscience with the Damage Amplifier could still cover the cost of buying a single pack of the D.A, and there would still be some left over. (If you buy it from the Aftermarket, that is.)

Perhaps make it so that you can only do the same mission 3 times every hour or so?