Adding a Ray Tracing Effect?! Sounds too good to be true

Well, I don’t ask for a real raytracing.
But adding a sort of a shader above the sprites would be a very very nice effect to add.

So how would you do it?
For the non-glossy parts, remove all the fake shadow from the sprites and add a sprite above it with 3 colors at every place that shadow should be in, and show only one color at a time, with a gray filter. For example, a darker shadow - make the original color purer, after you chose only one color (a strong red instead of a mixer of red with some green and blue).
This is a very very basic shading technique.

For a very simplified demonstration - if this one is the original, and we want the blue part to be our shadow… 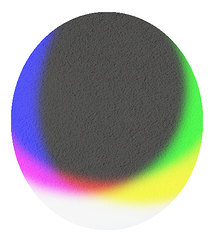 Shader 1.jpg465×539 82 KB
This is how it would look like. The computer will Ignore all the rest of the colors. 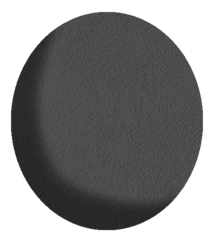 Shader 2.png465×539 192 KB
(Sorry for the ugly illustration but this is what my mid-range skills in photoshop were allowed me to do in less than an hour)

For the glossy parts, there are two ways to do it.
The first is a very complexed math approach that takes into account every object in the scene and gives you a sort of something and blah blah blah…
The easier way is to just take the part of the screen that in front of the object, and twist it and bend it so it would fit into the object. You can use a 3 color image, like the one used in the shadow to tell the computer how to stretch the picture and stuff…

(I’m too lazy to illustrate the effect, but if you’ll ask I may do it)

What you’re saying is to make some sort of normal maps on the sprites, which it is already what was done to render the sprites.

What you’re saying is to make some sort of normal maps on the sprites, which is already what was done to render the sprites.

But instead of using it in Blender (or whatever software they used), use it for a real-time calculation of the shadow.

(I’m not so sure why I chose to describe how to do it, instead of saying to use normal maps)

Anyway, I think it’s too much of a hassle for the very little improvement it would make. The game uses pre-rendered sprites instead of 3D models to keep it simple and effective, and this goes to the oposite direction.