I don’t know which missions count as elite missions, but as long as i know weekly challenge on SSH always elite.

If it’s short enough, it still count as hard or very hard, i think.

Try to do a comet chase mission with max difficulty and lengh (Even on virtuoso skill level).
That’s a good (and easy) way to farm those trophies

The only trophy I got is Very Hard Trophy, not Elite

So that mean I should play a mission with max difficuly and short duration?
Btw, what is SSH?

Can I get more key by using Superstar Hero Skill?

Superstar Hero increases key drop rates, but doesn’t give any extra bonus keys at the end (instead you get +200% score bonus).

About trophies, the maximum you can get on Rookie is Very Hard trophy for 100% difficulty, especially Weekly Challenge and Space Race. Elite can only be collected by using at least Seasoned.

On one update, one user suggested, which Interaction Studio accepted, that shorter missions (below half of their max length) tend to give you a lower trophy compared to its true difficulty. 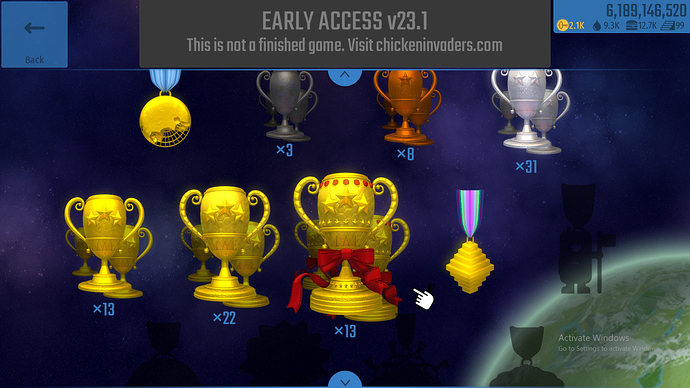