5 February 2022. That was the day Version 102 was released and VF spacecraft family got added into the game.
They are the worst performing ships in the entire game due to the fact that they are unfinished.

Hello, I’m Stardrone and I’m writing this post to suggest a new passive ability for Space Supremacy because they need it.

First of all let’s summarize all the problems I think this spacecraft class has:

I really like how InterAction envisioned these spacecraft, and that’s why I have spent the last two weeks working on a passive ability concept that could respect their design philosophy.

Effect:
Improves the damage boosts provided by weapon groups against enemies that have a weakness to that particular group by +15/18/22%.
In addition to that, all weapons will deal normal damage aganst enemies that are usually resistant aganst them

Weapon groups are a core mechanic of the game but their existence isn’t really taught to the player: The only clue about them being a thing is a tip that warns you about bossess being weaker to some weapons.
Many people may be unaware of it!

But this is not the only reason behind my idea:

Bombers are ships meant to perform the best on long missions due to their max firepower level, being reached at a later time than mullers, wich grants them the highest damage output in the entire game.

Since Supremacy are meant to be their counterpart; I wanted to give them an ability that could help make them the best ships on short missions but progressively fall off during long or medium ones.

This is because, thanks to the damage boost, VF will have more dps than all the other families but only during the early game.

What about competitive missions?

Galactic cup, Ironman and Weekly challenge
These are the longest and hardest missions currently in the game, so VF spacecraft will be as viable there as they are now.

Space race
Extra damage=less time lost
On paper this statement may make you think the new VF will be meta here but due to the lenght of the mission I think they will simply be a viable pick as much as Mullers and not the meta.

Daily mission and weapon training
Same as space race but with the possibility of them being better on the easy missions rather than on the hard ones.

Dares
With only 10 waves, these are the shortest competitive missions; I think that, with this idea in mind, dares may be VF’s place to shine.

And the post is over.
Do you think this would be the ability this ship family deserves?

My point still stands.
VF are meant to be an upgrade to H&C but at the moment they aren’t.

Effect:
Improves the damage boosts provided by weapon groups against enemies that have a weakness to that particular group by +15/18/22% 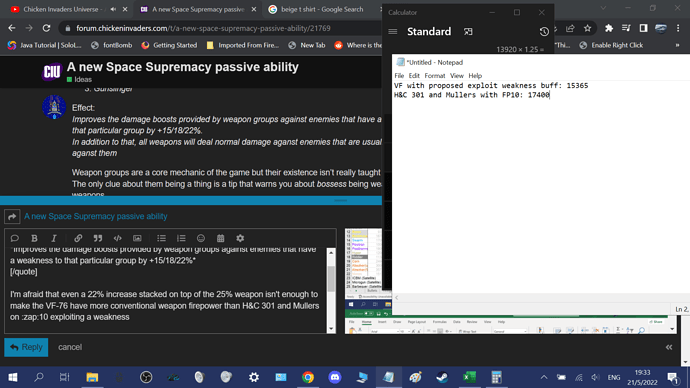 image1920×1080 321 KB
Now, a VF-66 would be more powerful than the previously mentioned spacecraft but still fall short to the Max power mullers with the weakness buff stacked. 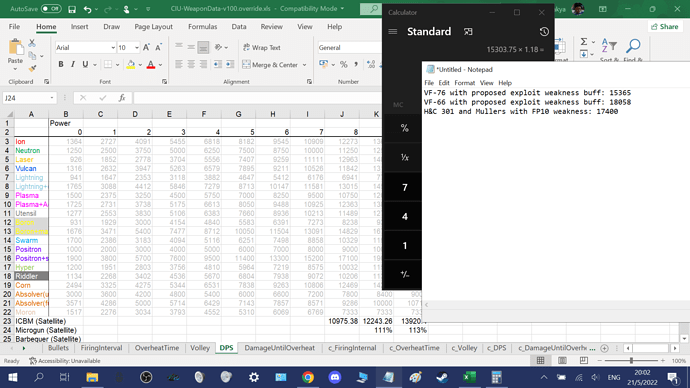 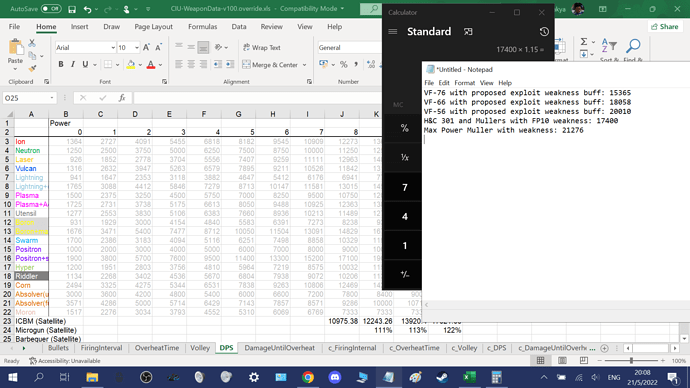 Mathematically speaking, only the VF-56 and 66 would actually be more powerful than Mullers on short missions with the former getting 15% bonus dps on weakness and the latter, only 3% bonus dps.

Lastly, there doesn’t seem to be any general dps increase for weapons that have normal effects on certain enemies.

So while I see potential in this, I really do, it might work as a stopgap measure to buff the VF’s, the current numerical figures aren’t enough.