A new boss for Interaction Studios (Not for everyone)

Add this boss at any chapter 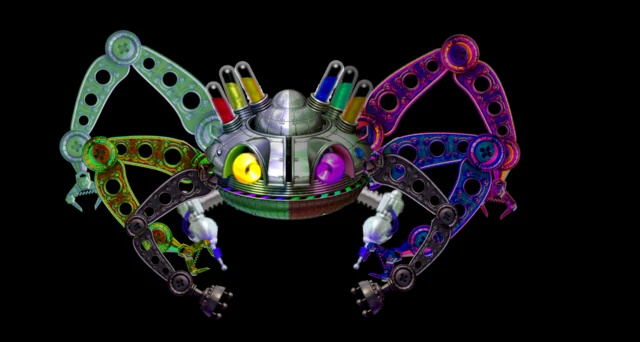 They added my idea on theyr list: boss whit mirror shield, when we shoot him the same shoot go back to us and can kill us, when the shield is active.

Space Crabs 3:The Revenge of Yolk

Actualy, there were 4 of them: First space crab, space crab’s return, The King of Crabs and Space Crab V2.0

well yeah, but the first 3 were actually the same build, just not using the same attacks, iirc

the revenge of crustaceans

Thanks for your suggestion! In one of our upcoming “Plan Updates” we will provide more detailed instructions about how you can suggest your own content. Generally speaking, we’re looking for new ideas as opposed to “bigger, badder, better” executions of existing bosses. But every suggestion is welcome!

Maybe 2 giant robotic crab bosses then the creator of these menaces.

THAT WAS MY IDEA, I came up with that idea before him! **

thee idea sounds good but why the V3 can’t activate its shield nor throwing/shooting minisuns like V2?

I do not want to be cheeky, but I think my Egg Tormentor is way better to be add instead of this one.

Boooring! dude u need to think bigger than a tormentor

He is 2 times bigger than the space crab dude

And more creative. I mean, the idea of making another ſpace crab is hardly original, is it?

Dude, your idea could be declined because of health and even others!

If yours is better, then my boss is still going to be add

Because the attacks turned a little bit difficult