I have started a multiplayer host (Name:

). This host will loop through some hard 40-wave invasions on SSH. Feel free to join and test your ping. I’m not actively playing because I’m still organizing other things, but I’ll join as soon as I’m able.

lol you actually use linux

I’ve reduced the maximum players to 30 because my connection is getting overloaded.

The party when no pro gamer mode

I keep getting kicked! I can’t tell if it’s the cap or just my slow internet - I unfortunately don’t have access to my normal connection tonight, so everything is very slow.

Yeah lol, just the most stable OS for networking used on majority of servers, routers, supercomputers and a base for the most popular mobile OS.

Yeah, it seems like there are too many players to handle a room, might have to reduce it to 15

Had to bail rn, i have to go eat somewhere. Man the fun is getting started

people spaming misslie and clucker and it shaky as hell 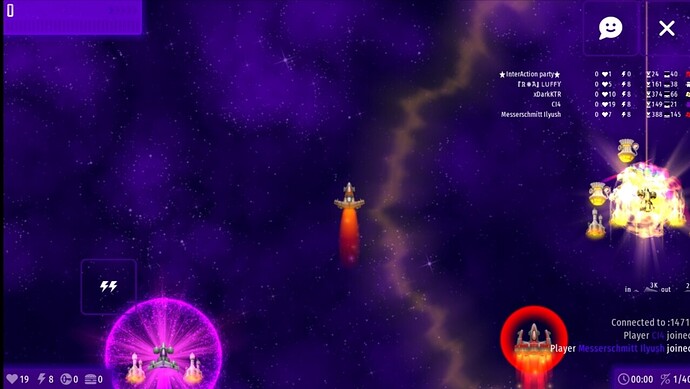