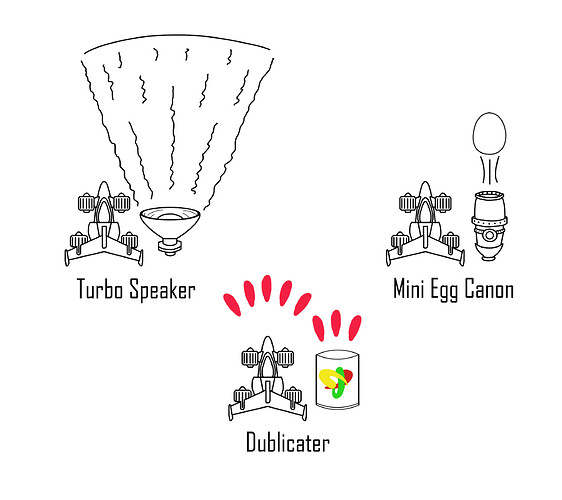 I noticed that there are only 4 satellites in CIU, so I came up with 3 new satellites (if someone has already come up with an idea for such satellites, write to us)

I like the Duplicator. Imagine how you can clear almost the hole screen if you have 4 satellites and Absolver Beam. Just with a single shot. Also it will be very helpful if your primary weapon overheats.

Must admit that this idea is great

Nice idea you got. By the way scientifically and theoretically, Turbo Speaker is useless because in outer space, there is no air meaning no sound (still great name though). I suggest calling it Shockwave Speaker or Descendant of Humanity’s Greatest Fan (DHGF for short)

We already have sound in space in the game. Clearly, luminiferous aether is the only possible explanation.

Fair mention that fandom is written by players and can’t be used as 100% reliable source. The fact that space doesn’t have anything to transmit the wave doesn’t prevent Star Wars, Star Trek and literally any space movie/game from making loud explosions.