Sorry if there was anything improper, cuz I’m such a new idea maker. Hope @InterAction_studios could read and consider this. Thanks a lot. Anyway, let’s start! 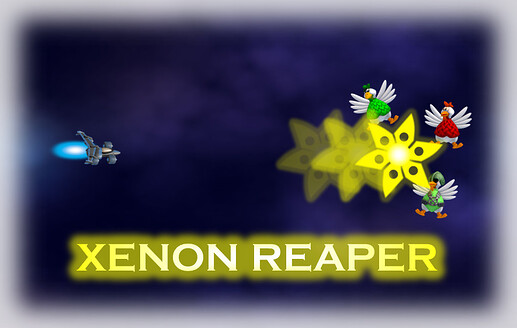 Xenon Reaper is a very unique weapon. It has a special projectile that can pierce through enemies and destroy enemy’s projectile on its path (Like Absolver Beam). Despite having a devastating damage, this weapon has such a tediously slow firing rate. Not only that, Xenon Reaper’s firing rate will be decreased as the firepowers collected increases.

It’s a weapon of Special group with Positron Stream and Absolver Beam, that means it has weaknesses and strengths.

Projectile when being shoot out has medium speed, ability to pierce through enemy and destroy enemy’s projectiles, and can only go straight forward.

It’s has a terrifyingly low firerate (1.11/s at power level 10,11) and quick overheat time (7.2s, which mean this weapon will get overheat after 8 shots)

Look at this gif photo to understand the mechanism more clearly.

Xenon Reaper has 12 power levels, as you can see below. 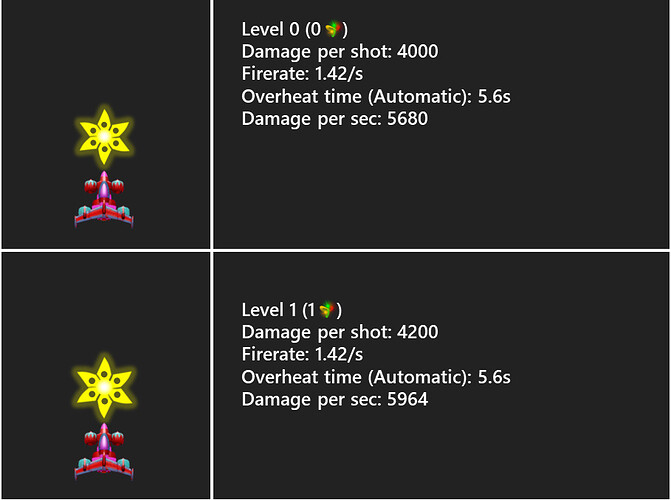 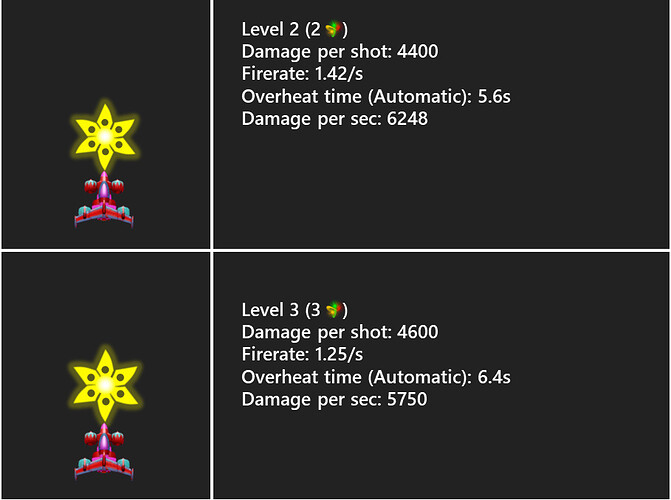 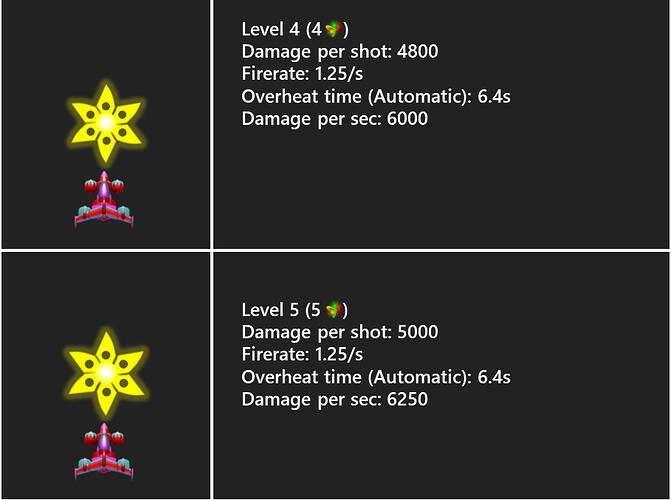 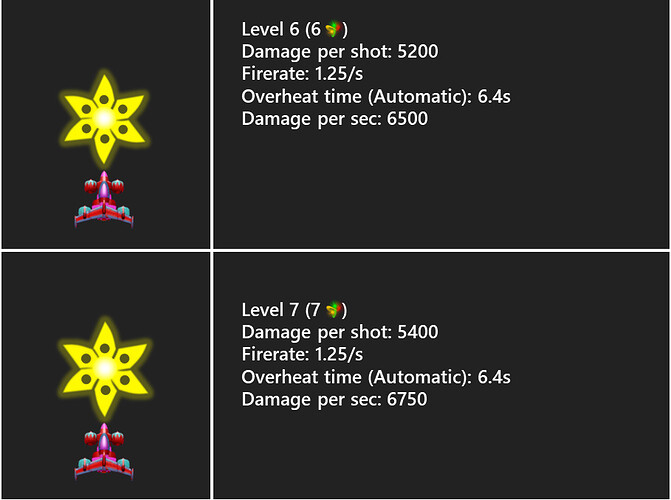 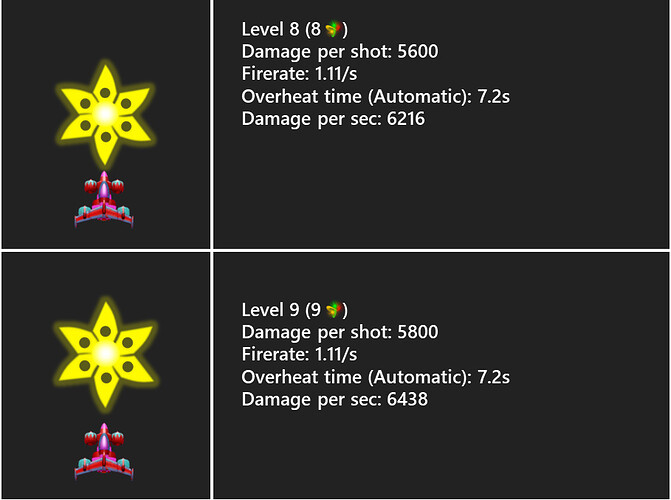 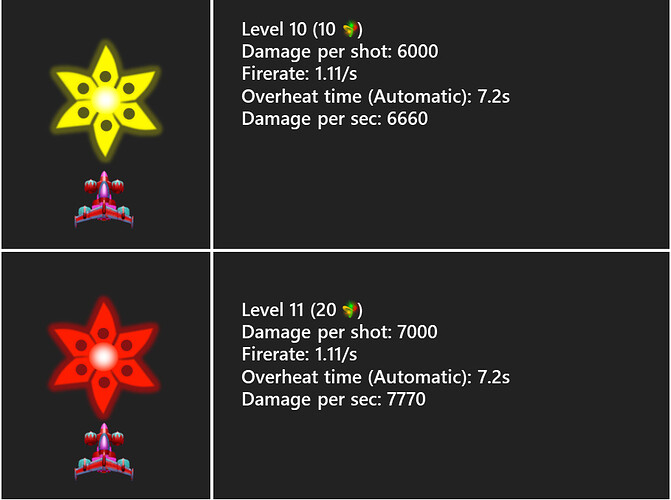 This weapon has 2 types of projectiles. 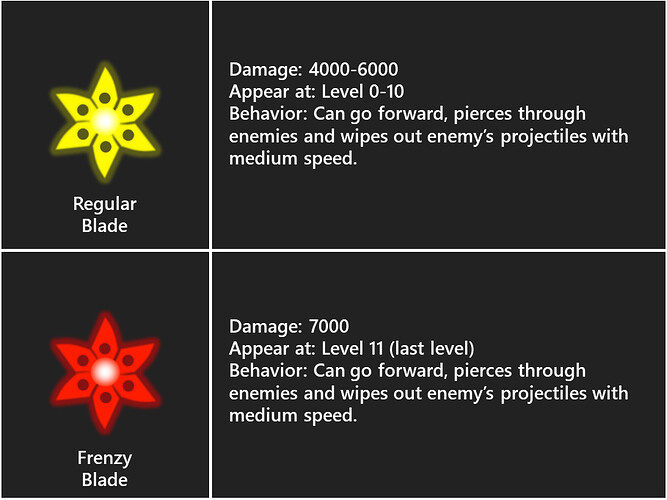 (This’s one of mine. You can write your viewpoint about this below this post)

• Pierce through enemies, their defense systems such as Barriers, Bubbles.

• Small range (Cone angle) in front of your Spacecraft.

• Someway may lead to your death if you don’t react in time.

• Impossible/Difficult to get Pecking Order.

So, my idea will end here. What do you think about this? Leave your opinion below.

This is a pretty good idea actually, though for some reason this idea is giving me familiarity with another franchise…

Was this too OP?

nah, your weapon have much damage, not OP

actually this weapon for my opinion, not bad and not good
Good:

Not so…? Firing rate is so tedious, that mean at level 10, you will delay 0,9s for the next shot!

also this gun like neutron gun, and maybe u should change the appearance of this weapon

man, appearance is suitable enough for this weapon and other detail, like name, mechanism,…

good idea, now add this guy as a boss.

i hope this weapon won’t be usable in tangled mess

good idea, now add this guy as a boss. We wanna to fight him as a boss, too.

Yes! You can’t deny! YOu must be a great boss to fight!

stop turning me into boss fight

i am not boss battle

Begging for forgiveness is useless now. You’re in deadzone

This topic is temporarily closed for at least 4 hours due to a large number of community flags.

This topic was automatically opened after 4 hours.

This weapon could be nice for crowd control!

Performance is kinda all over the place. Its extremely strong on low power, and horribly underpowered on high power. Lowering firerate as the weapon levels up is probably not a great idea, but if it is done, the damage increase has to offset the loss in firerate. Here, the DPS dips significantly after every such decrease, and it takes a few levels to climb back again. So the firerates and damage would have to be revised.

Unlimited piercing, as we’ve seen with Absolver, is pretty much unbalanceable in this game. There was a similar suggestion to this back in 2018 that handled this particular aspect much better.