The second wave of the day.

The chickens decided to go bullet hell on us!

Appearance: A chicken that got shielded with a bubble and four buffed laser barriers. The four barriers revolt clockwise and rapidly firing neutrons, creating spiral bullet hell. Destroy all four barriers will break the bubble. An indestructible egg barrier moving counterclockwise around the hen-maku. Danger zones and zoom out are required. They all move around but never go down.

Note: after 30 seconds but the chicken is not dead yet, the bubble will pop. The more the difficulty, the more the speed of the egg barriers and laser barrier moving.

If possible: the egg barrier will block all bullets from both the barriers and players. 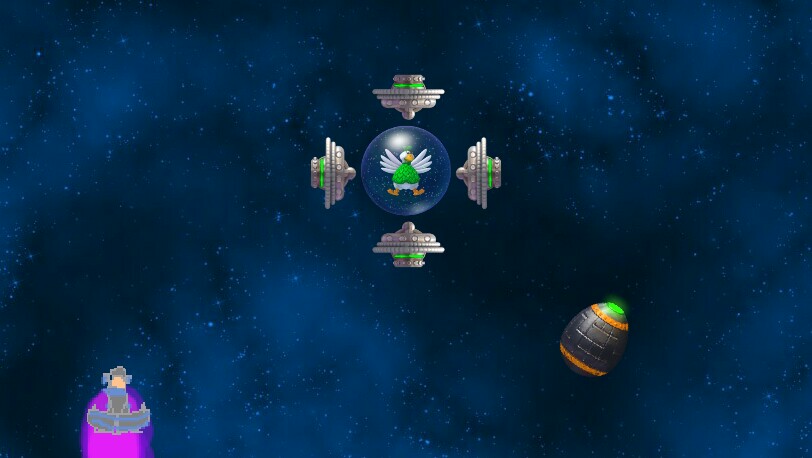 Hatchling in a nutshell

You missed the joke.

A different type of spacecraft

wait what is that the ship i made before

I art this wave if you want