What’s this? the UHF made the barriers from bad to good, releasing these bad boys and they will accelerate to almost the speed of light, wacking all of those flying things from living to delicious

Summons 8 egg barriers that running around you, all of the “bullets”, chickens will be evaporated when they make contact with the eggs (elite units such as chickenauts, egg ships,… only knocking them back) 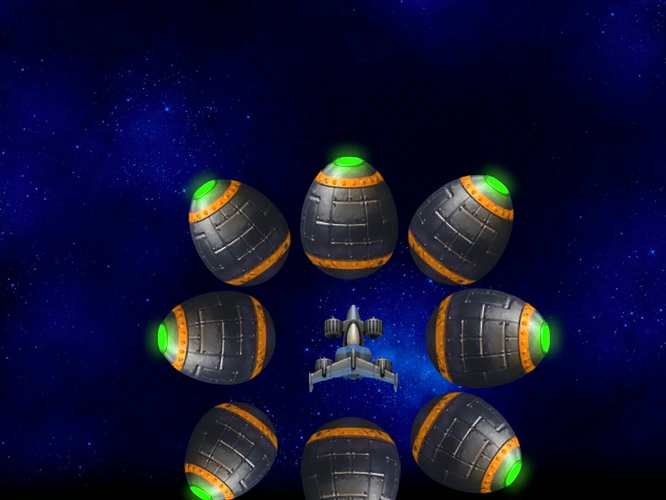 The8EggBarrier.jpg1440×1080 192 KB
After 8 seconds, 8 egg barriers will be released and they will do some damage to the chickens if they could, there are 2 types of it

Those egg things will accelerate and then fire all of them 8 sides, chickens on the field will unexpectedly die if they were unlucky, those eggs will exhaust blue fire when they’re released 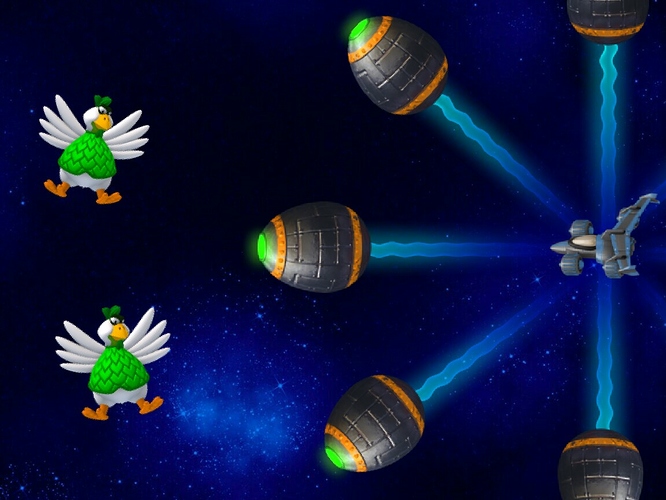 When the barriers are released, those egg barriers will target the chicken that is nearest to your spaceship, those eggs will exhaust orange fire when they’re released 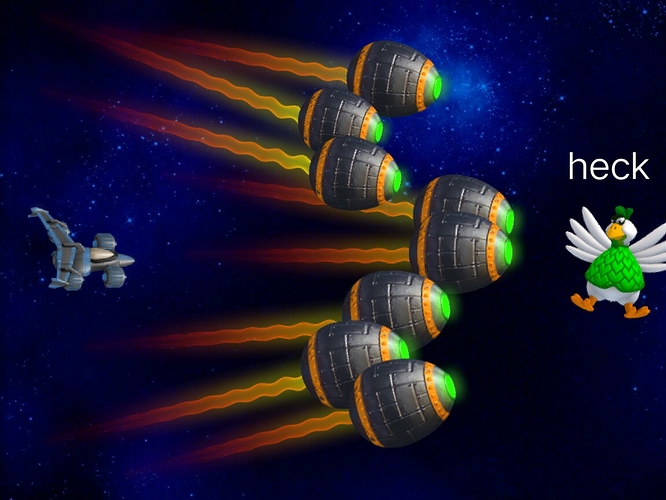 i can really relate to that one chicken saying heck