As you can see, League at this moment contains many problems, which allow crazy-seeking-dare-points-players namely JR80 wreak havoc everywhere. Or in another word, 100 players can attack on only one victim without any limitation. Moreover, League doesn’t have any reward right now, that’s the reason why this mode is leak of motivation to players.

Before, @ScarletCuboids have already made an idea about how to change this mode, but iA ignore. So i think this is my turn.

Based on dare points players have, they can be ranked.

Rank-up: When you have more than enough points to get in the next rank, you will have Rank-up Dare. This kind of dare doesn’t affect the dare points you have. After each 5 matchs, based on the result, you will be ranked up or be force to play another 5 matchs again.

Ranking up from Grandmaster to One Of A Kind: Because of the special criteria of One Of A Kind, so no Rank-up Dare is applied.

Rank-down: If you have less points than the limit of the rank you are in (For example, rank Gold but have 539 points, in the next match, you must take enough points to return to the limit. If not, you will be ranked down. 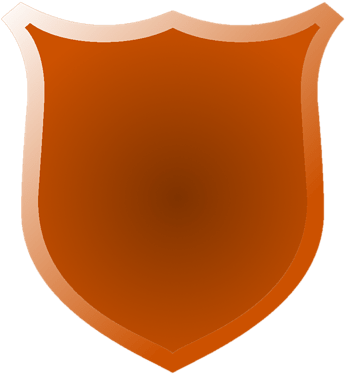 This is where everyone start. Once we were all newbie, so at least, this rank should be respected as well. Let’s begin our journey to the top.

Condition: Below than 520 dare points. 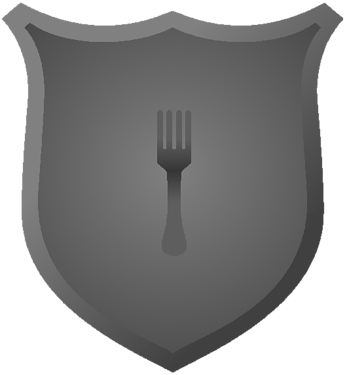 After some easy fights, you reach here. Can’t say that you are either good or bad. Don’t be satisfied with this achievement, do you ? 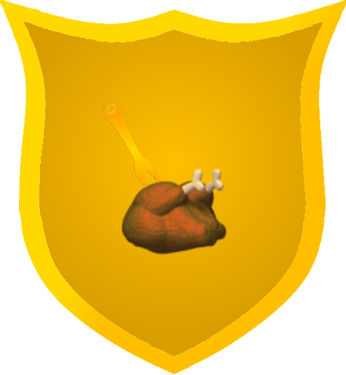 In the perspective of UHF, this rank is the borderline of casual and good players. Continue the journey or not is up to you. Good luck. 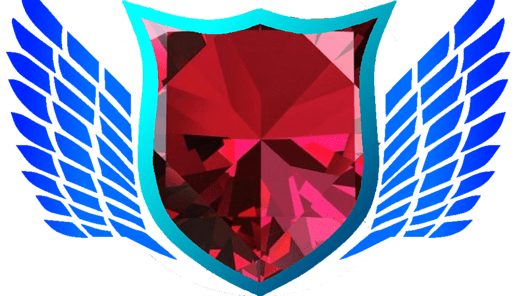 Welcome you to the land of experts. You can consider this rank as a pedal when you want to climb another steps to higher ranks.

Limitation: (It’s worth it because this rank is for good players) 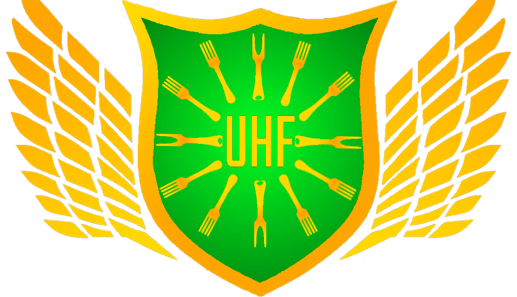 Anyone at this rank is the elite of the UHF. Somehow, you are a goal for nearly everyone to achieve. Congratulation. 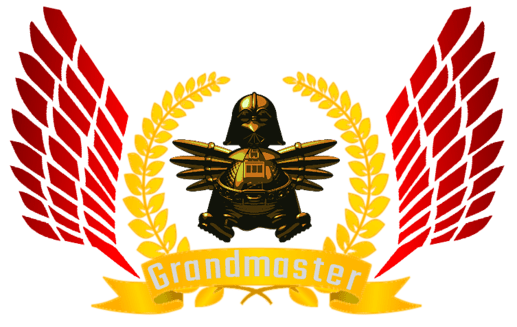 Welcome you to the top of the UHF! This rank is the highest we can take, isn’t it ?

Truthfully, this is not only a rank, but also an appreciation from UHF to the top of the top. Welcome to the true highest rank.

However, there are some minor limitation to every players to avoid bad behaviors:

In March, June, September and December, 4 seasons will be held.

Now, season have some specific rules:

Now, we should go to the seasons. If iA accept this idea, he will think about initial seasons, but you know what ? I will do that at 6 first seasons. 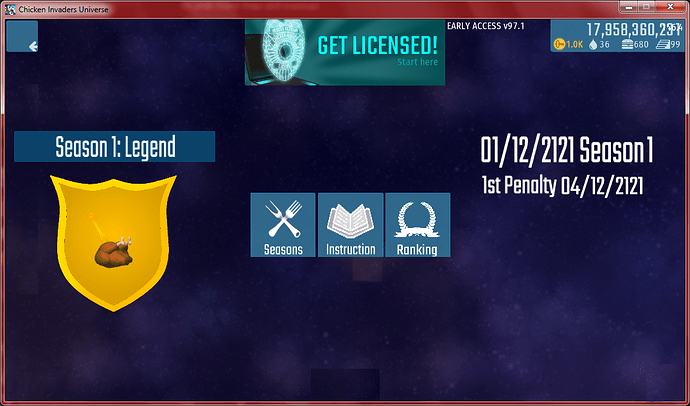 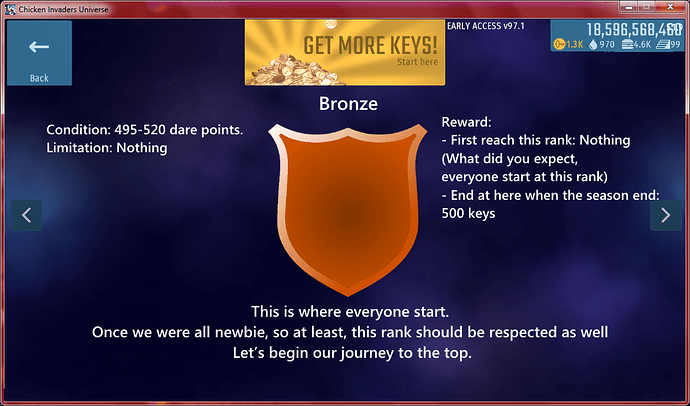 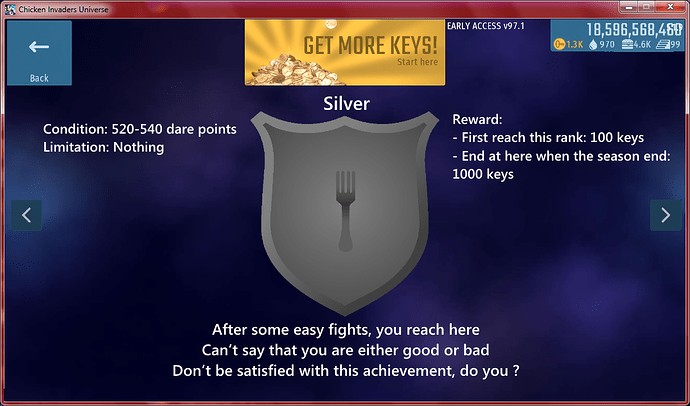 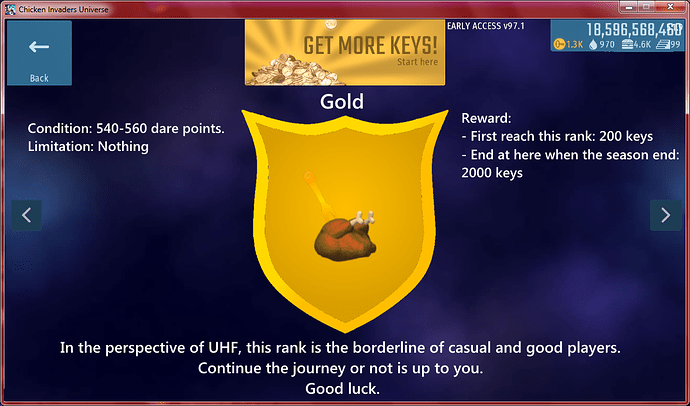 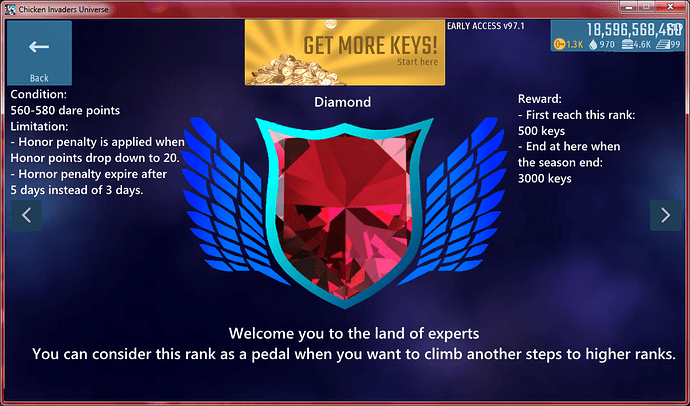 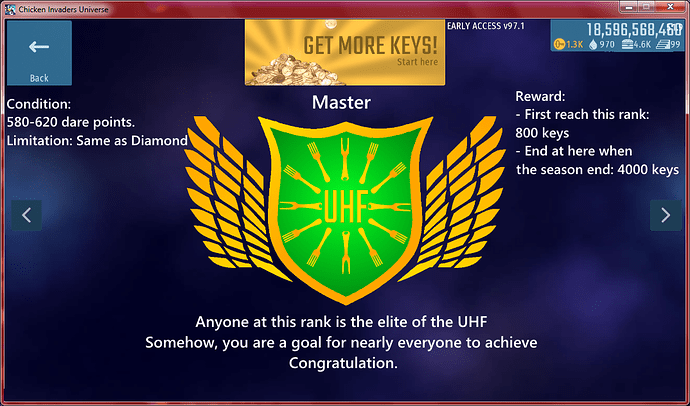 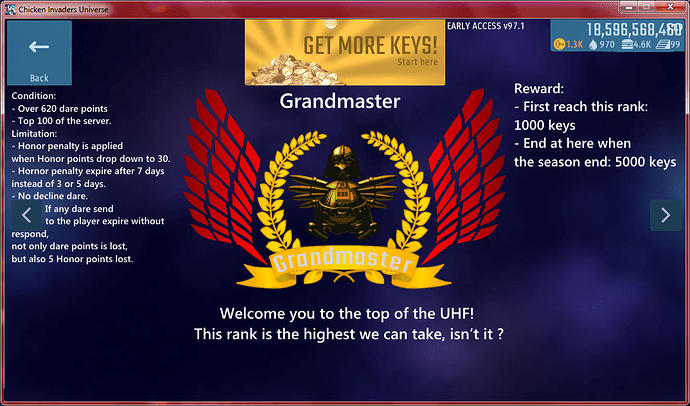 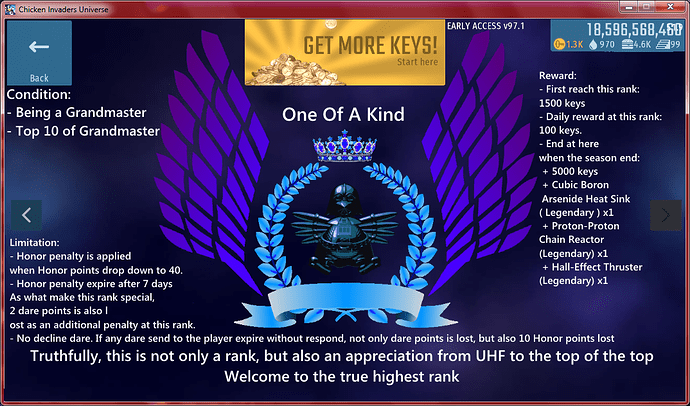 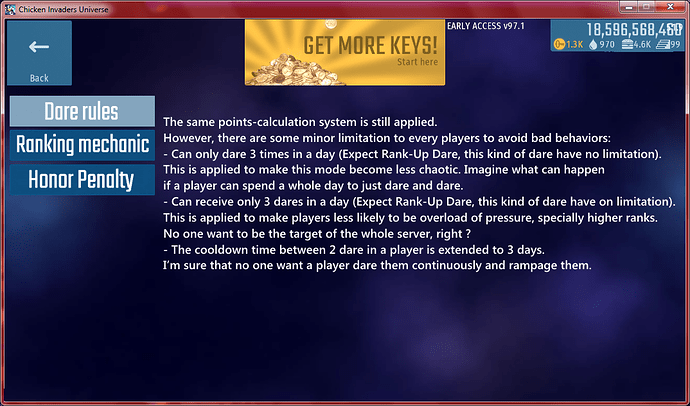 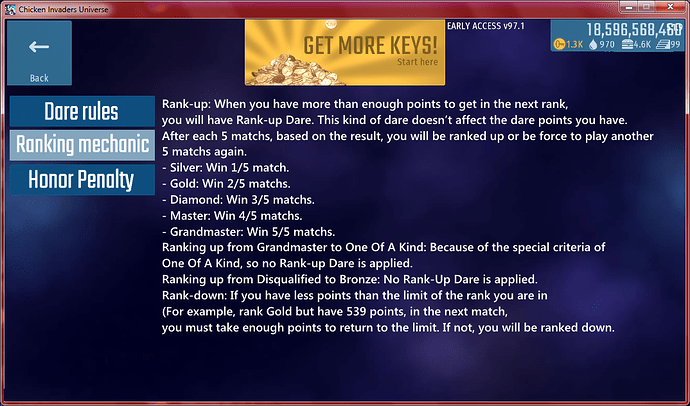 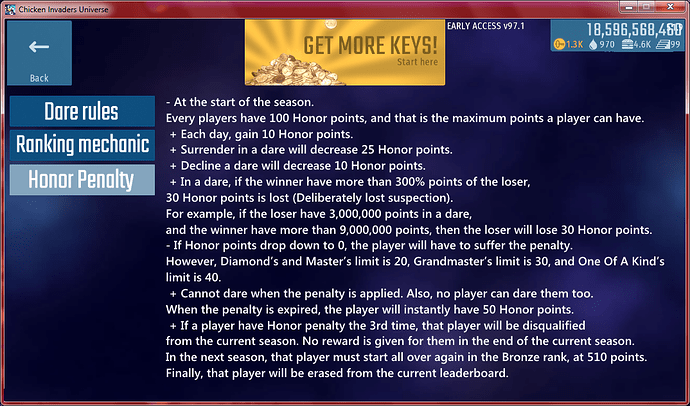 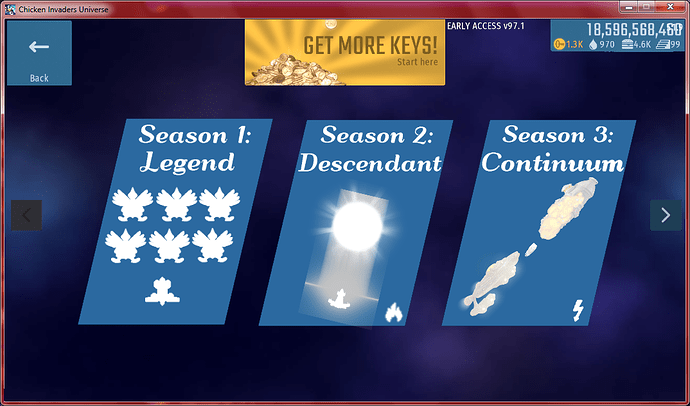 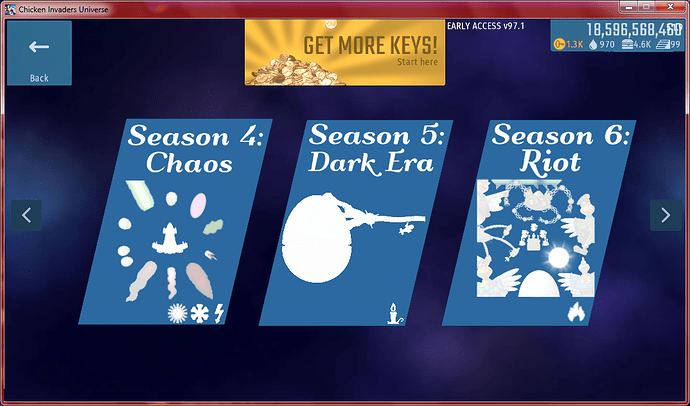 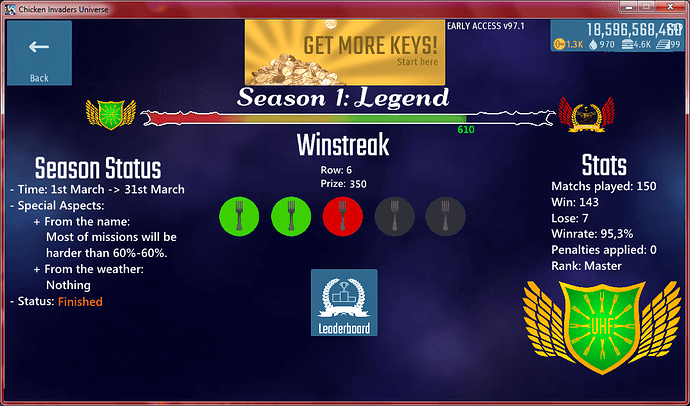 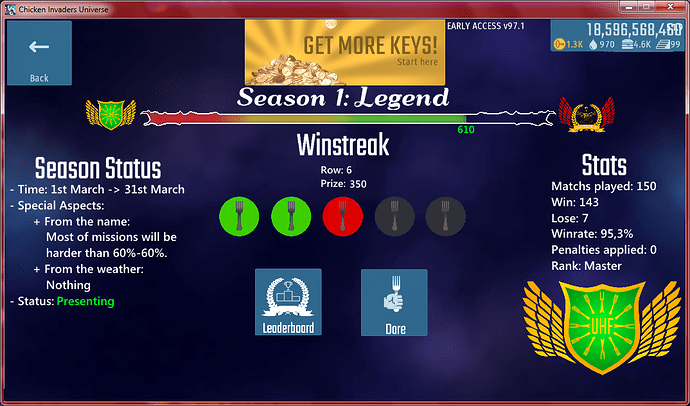 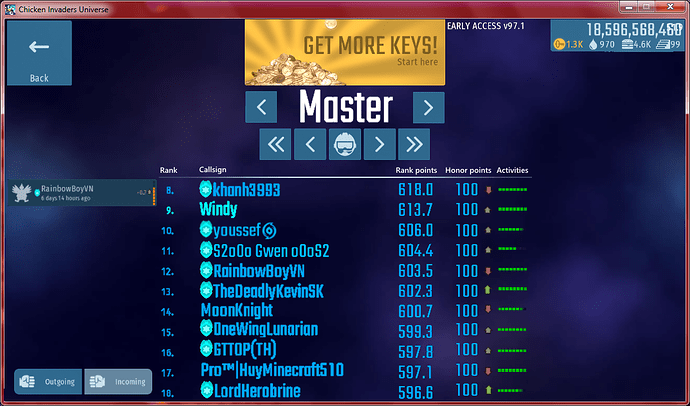 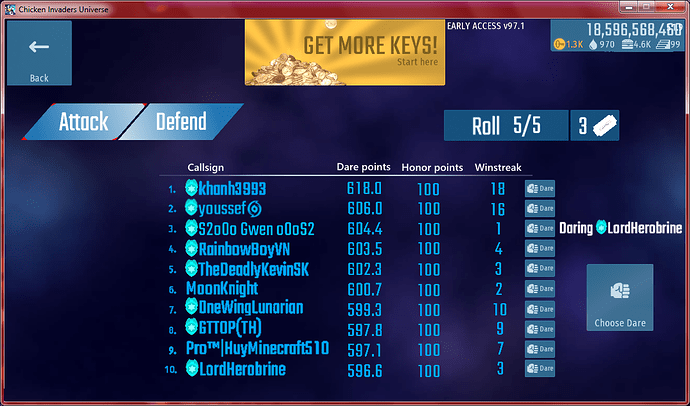 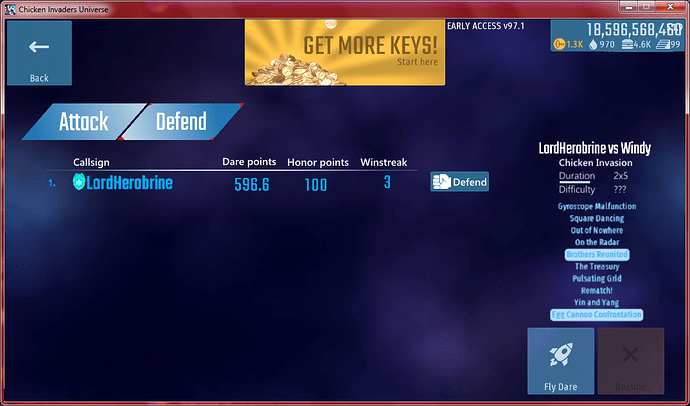 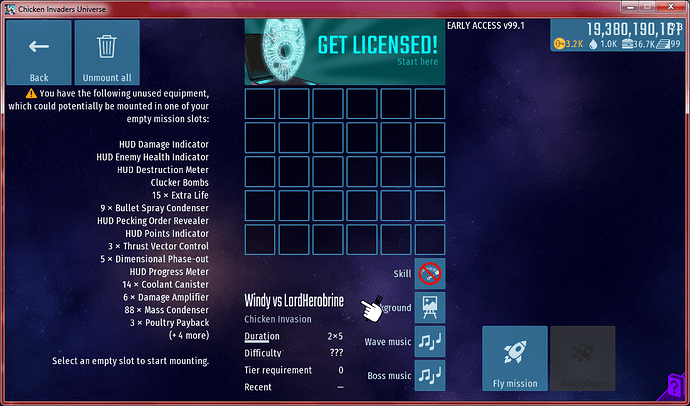 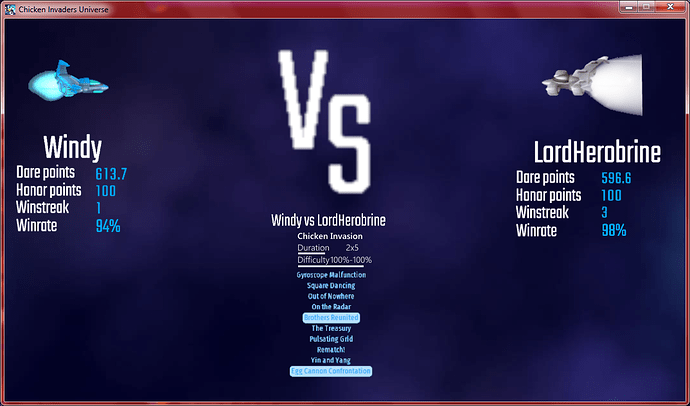 We hope to hear your comments. No idea is perfect, even if i spent a whole month on this idea. Truthfully, i have never spent so much efforts for an idea like this.
@InterAction_studios You know that everyone want a change in League. Many efforts have been wasted, so at least, can you take a look on this ?
Sincerely releasing this idea. Thank you !

Before complaining, keep in mind that this is reform, so should you forget everything about the current League we suffer. Once more, i hope you guys enjoy.

i think it should be like a shield icon

and attack use sword icon ?

And we’re not gonna discuss how rigged the Decline is?

Well, if you ABUSE the decline button, your Honor points will be messed up enough to catch you a penalty, which is both annoying and scary.
“Decline a dare will decrease 10 Honor points”
Also, specific ranks can’t decline dare, namely Grandmaster and One Of A Kind.
I know what you mean @Liz_VN, and that GOSH, DARN, Decline button hasn’t made a way to escape us. That button is much less rigged in my idea.

Personally, all I’m interested in as far as league is concerned is an option to either opt out of it or stop receiving messages about dares.

I know that you are hopeless on League

But well, what do you think about this idea @GgWw1175

As you can see, League at this moment contains many problems

I’m sorry but this statement displays a fundamental misunderstanding of how league works and in what way it is flawed. A player wishing to take part in League has no option other than to “spam” people- this is how you’re supposed to play- there really is no other way. If you want to “stop” these “greedy” players then you have to change how matches work in the first place. Right now the darer has far too much control over what kind of/level of difficulty the mission is going to be. This is a problem for two reasons: All players are on the same league regardless of tier, thus there’s no guarantee the person dared is of the skill level to fly it. This can also discourage new players who might not be too thrilled to be introduced to League, fly a mission out of their League (heh) and immediately get put in the “disqualified” tier for not playing “seriously enough” in your words. Second; some players simply do not want to engage with League. As long as you log in there’s no way for you to stop dares coming your way. League shouldn’t be non-stop, you should be able to control when you want to engage with it and when you don’t. I don’t see any of these problems being dealt with by your ranking system. One suggestion I have is setting a minimum and maximum dare difficulty for each rank, starting with 0-20% for the first rank and 90-110% for the final rank maybe. I feel like the Honor system proposed will make it so that you can only maintain your position in League by playing far too much It’s exactly the kind of thing people complain about: it requires you to spend too much of your time on league. As for seasons, meh, I guess they could be interesting. The rewards are ok too I guess. Overall, I’d say this idea misses the point on a lot of things, but it wouldn’t hurt to have these additions (with the exception of the honor system because good grief that would be terrible).

If you want to “stop” these “greedy” players then you have to change how matches work in the first place.

I have ways to control that.

immediately get put in the “disqualified” tier for not playing “seriously enough” in your words.

495 dare points, in my opinion, is unlikely to happen without a purpose. If you want, i may change that to lower, 490 or 480 points may be enough.

I have a way to control that. Players can still choose one of three missions to dare the opponent, but the difficulty will be hidden until the match starts

There’s still no assurance that the mission you’ll get will be in your skill level, you could be a player who just started and can only do missions in the range of, say, 60-70%. Hiding the difficulty means practically nothing other than the fact that even the darer doesn’t know what difficulty is. There still remains the advantage of knowing what waves will come.

495 dare points, in my opinion, is unlikely to happen without a purpose. If you want, i may change that to lower, 490 or 480 points may be enough.

The matches are based on score. It’s very much possible for you to lose more than two matches in a row. The fact that you’re playing these matches in the first place proves that you’re “committed” enough- again, expecting players to be “serious” about a video game is incredibly stupid in my opinion as it then narrows the audience down to people who have far too much free time on their hands. It would be simply irritating for more casual players. I simply don’t see the benefits to having a “disqualified” tier.

So, you mean that there should not be “Disqualified” rank, right ? Well, it’s reasonable, and of course, as i mentioned before, no idea is perfect.
So ok then, remove Disqualified rank.

What about a league qualification, that way you can decide whether you want to compete in the league

It would be kinda simillar to Galactic Cup Qualification Match, right ?

yeah, you should have enough skill to be in the league

Ah yeah, seasons, just like other famous games.
Like clash royale, angry birds2, hill climb racking2, etc.
You must wait then
Let us make it nicer than this first, then we will help IA to add the best things for the future of the game.
I love your idea.
If IA wants to make the game best as I suggested up there, he has to add this eventually.

I’m glad that you like it.
However, if you find something isn’t right about my idea, feel free to point out.