A bit off-topic but,
Personally, I just try to stick to this:

Offensive language is a common classification issue that most, if not all of the current ratings boards deal with; how each ratings board deals with words ranging from mild to strong wildly varies, which is why some similarities and differences have...

as a solution to the “powerup resets the charge” bug, I suggest to implement an auto fire

What does one-off heat mean?

The amount of heat it generates instantly as soon as you first press the fire button.

There is one thing that I forgot to mention. Continue holding the weapon to charge it, then pause the game. As soon as you resume, the weapon will fire indefinitely, because you don’t hold it anymore.

Another short mission with the buffed Absolver, this time in a Bomber too.

PSA: Absolver is now viable for Squawk Block, Supernova, Comet Chase, and even Boss Rush on SSH - I’d argue for Boss Rush and Comet Chase it’s able to hold its own against Utensil and Vulcan, respectively.

It’s still not great for Space Race or Dailies (and it never will be) because of its slow fire rate, and you can say bye to your medals of annihilation. Conversely, you will be getting meritorious marksmanship almost every wave you use it.

I tried, and I met spiral of doom.

Try the lower-left corner from the start.

As if we didn’t know about it…you can just kill him in a few seconds, no problem.

its so Overpowered! lowest difficulty Over 25,000 damage per shot

Even it has some limits, however.

Flash placement on hitbox is actually weird on large bosses. Would it be better to place it on center? 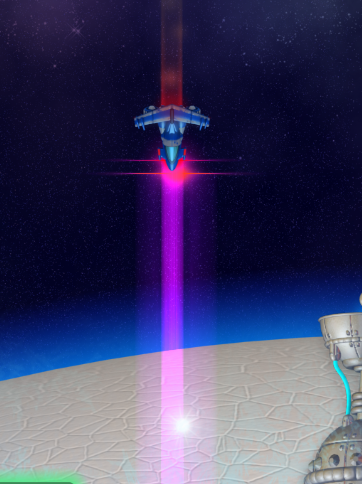 For the fully charged ones, multiple flashes are necessary like this: 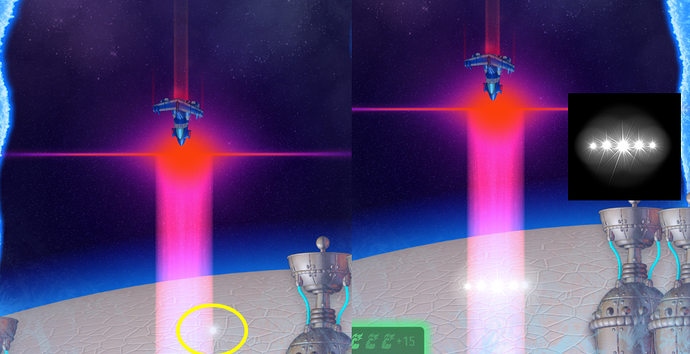 Would it be better to place it on center