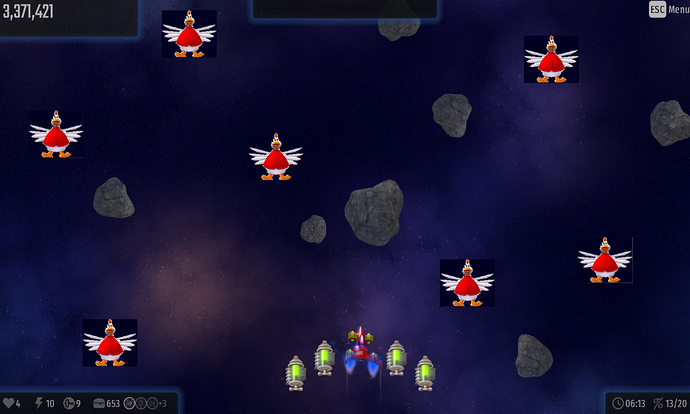 ChickRoid&#39;s1280×768 294 KB
Wave info:
Chickroid wave is like asteroids wave but with chickens that appear from the corners and seek the player or stay in mid space which is best left for @InterAction_studios to choose.Also asteroids and chickens should have 2x HP because this level should appear above 95% difficulty.Also in asteroids belt missions this wave would have a 10% chance with normal difficulty to appear in those missions and a higher difficulty increases the chance of this wave appearing.Also in hot environment asteroids should be hot and red like normal asteroid waves.

Thank you for reading my topic’s!

I pictured the Terminators Asteroids wave.

Are the asteroids stationary or are they flying in some directions?

They are flying which is harder cuz it appears above 95% difficulty.