Hello. I have come up with this idea because I felt I could’ve a done a better job at coming up with a new ship after reading the previous post of simply adding a new BX.

This is a low-mid effort idea at best, but I kinda tunnel-visioned on it thinking “Man, this could be something neat”, but if it turns out mediocre or just bland, that’s okay too.

I call this the AX series, presenting the AX-10, AX-20 and AX-30. Their main specialty is faster firing rate. That’s it.

The names are inspired after the flying lizards: 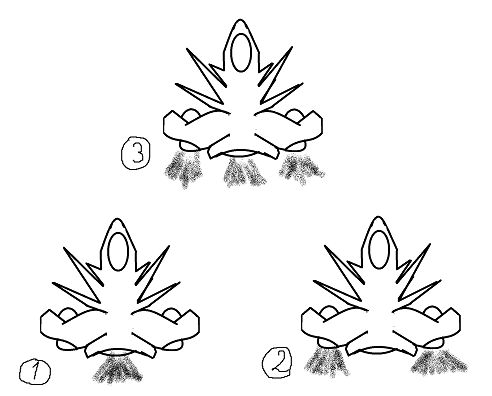 The ship will be heavy like the Bombers. I wanted this series to be known for it’s fast firing rate. I was thinking the default firing rate would behave as if you’re firing a Muller with Overdrive at the respective FP.

When using the Overdrive or Accumulator, the firing rate goes even faster (I don’t know the percentage, but it should improve it with the same % it does for the other ships).

I don’t know how balanced the improved firing rate would be, but assuming a FP10+10 AX would out-DPS the BX series at their full power, I thought it should have FP-limits 8, 9, and 10 with MAX+. Also with 3, 4 and 5 satellites for corresponding models.

As for heat, maybe despite firing faster at its base speed, the heat gauge would fill up just as fast as a normal firing Muller. Using Overdrive, heat gauge goes 25% faster than a Muller firing with Overdrive.

Anywho, my main idea for this ship is fast firing. Satellites, Heat gauge and perhaps even FP limits are quite discussable. Perhaps the idea of a crossbred Muller-BX-HC isn’t very original, but I think it would be fun to just fire your weapons faster. These are all the designs (which are similar) I was thinking for this series:

This the first idea. 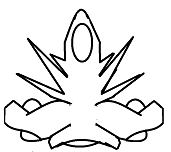 Last and my favorite.

As you can see, I suck at designing so I didn’t color it or add fancy decorations. I wanted it to look a little edgy, and it also came out as a flashier HC design, if anything. Which one do you like the most though?

Which design do you prefer the most? (in order of appearance)

Edit: renamed HC201 to HC301 at FP 9+10
Edit2: The Design idea poll is for which design would be a better fit for the series(All models to look the same), not for each model to look different than the other.
Edit3: Prices
Edit4: I said Overbooster instead of Overdrive, sorry.

heat gauge goes 25% faster than a Muller firing with Overbooster.

You can’t produce heat neither reduce it when using boosters. that completely contradicts the point of it. You gotta find another special ability for it.

Also for this family you gotta specify it’s acceleration, slots, volleys, and most importantly the prices of each model, you have to be complete with your idea because we won’t set it by our thoughts.

Edit: you can’t set MAX limit to either limited ships to 8 or 9 firepowers, that doesn’t make sense.

Only the fire rate changes with this ship, so there’s nothing different with volleys compared to Muller and other ships.

Edit: you can’t set MAX limit to either limited ships to 8 or 9 firepowers, that doesn’t make sense.

I mean, he can. I don’t think it’s too much of an issue.
Tho I will say what my issues are with the idea -
Difficulty with balancing and being too similar to bombers in terms of their usage.

I mean isn’t MAX supposed to be completion for ships limited to 10 fp only?

you gotta specify it’s acceleration, slots, volleys, and most importantly the prices of each model

Thing is, as this is a new idea, there’s no way to test how it would stack up against the other ships, because of it’s Specialty.
For now, Volley and Acceleration just think of it as a Muller. and Slots like a BX. Literally just copy paste those stats.

Why not?
AX-10 reaches the limit at FP8. Then when you add MAX+, it would just behave as if it reached FP9 but after acquiring 10 Powerups. (Like how it behaves when Muller and BX ships reach their own respective MAX+)
And same principle for AX-20 and 30.

What about Riddler xD?

AX-10 reaches the limit at FP8. Then when you add MAX+, it would just behave as if it reached FP9 but after acquiring 10 Powerups. (Like how it behaves when Muller and BX ships reach their own respective MAX+)

I guess I misunderstood, this seems a little bit fine.

What about Riddler xD? 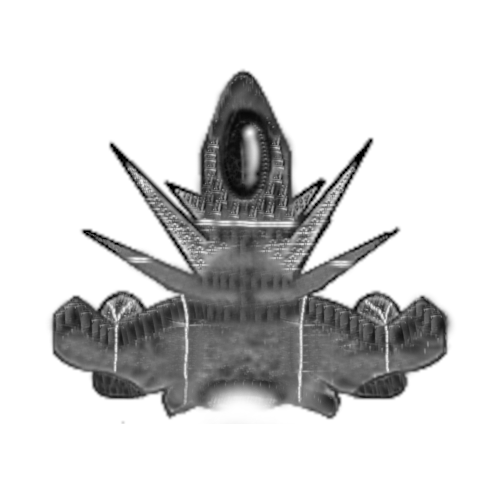 Here a poor try of making a concept for your idea

You can’t produce heat neither reduce it when using boosters.

that completely contradicts the point of it.

For now, Volley and Acceleration just think of it as a Muller. and Slots like a BX. Literally just copy paste those stats.

By acceleration he meant maneuverability. So clearly, we can’t just copy paste the values for it from Müllers.

There are a couple of issues with making a ship (or anything, really) act as a firerate multiplier on top of what we already have. With +50% and the ability to use boosters on top of that, it’ll likely be quite the lag machine, which’d be especially problematic in multiplayer. On the topic of multiplayer, weapons firing at such high rates would probably cause weirdness due to the server’s tick rate.

Another thing to consider is balance. Bombers offer a relatively low initial damage boost compared to Müllers, until you get to power levels that are above the latter’s range. This on the other hand is a 1.5x multiplier to DPS at the cost of a slightly lower power limit on 2 out of 3 models and lower maneuverability. This wouldn’t necessarily be a bad thing, but do tread carefully.

By acceleration he meant maneuverability. So clearly, we can’t just copy paste the values for it from Müllers.

My mistake here. The AX moves like the Bomber, it’s supposed to be heavy. Just the attack volley will take it from the Muller. It has one weapon pylon like rest of the ships.

For this, I have not really thought it thoroughly. I don’t even know if it’s possible for iA to just magically make fast firing work just by modifying some base value. But if he can make it, I’d like to test with the attack speed like that. Before I thought about it, I wanted the AX’s limit to be FP10 and MAX+, but then there wouldn’t be a good reason to buy the upgrade. And FP10 +MAX we dunno if it could outDPS a BX9, but I assume it would get close, may or may not surpass. Because of the ship’s native Fire Rate increase, when you add a booster it would be even better.

If anything, the ship could also have a percentage deducted from it’s base damage. Because of the fire rate. I don’t know, -20% less damage than the rest of the ships. Or we can ALSO just remove MAX+ and call it a day.

Edit: Could make it so it has low satellite count, like the HC models, if it proves too strong.

Another revolution of H&C

Point me towards the other revolution of the HC

Read the briefing of the booster, it says no heat produced when faster firerate is done. And this is why it weren’t able to take effect on absolver.

With the Accumulator, you mean. You still generate heat when using Overdrive.
It’s not like this is complicated to figure out. Either make that 25% debuff apply to the charge consumption, or treat Accumulator as normally applying a 100% reduction to heat generation and make it apply a 75% reduction here instead.
I have no idea why you’re bringing up Absolver, since it has absolutely nothing to do with this.

bringing up Absolver, since it has absolutely nothing to do with this

The ship’s ability is having faster firerate. While it wasn’t figured out how can we make absolver work faster till now, so I brought it up.

The answer to the question is obvious, and multiplying or dividing a number by another number is not beyond IA’s abilities. Increasing the charge speed isn’t what’s tricky about making boosters work with it, and the issues that do exist don’t apply here.

Idea: It shots from 2 directions, from the front and from the back!

that makes it special but it generates as much as 1.5x more heat