Description: The portal is a new object that will allow you to go to hard-to-reach places!
(It is a Black Hole model, but the color is yellow) 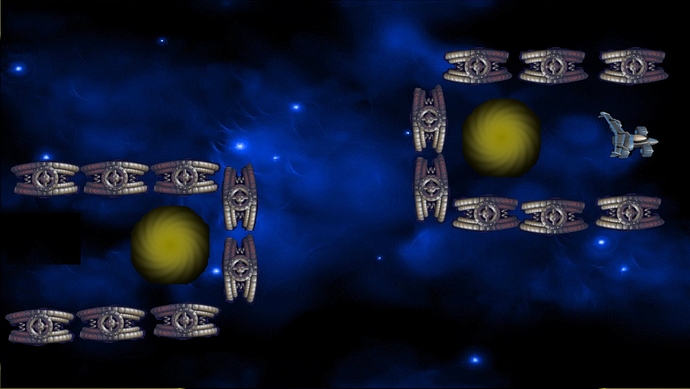 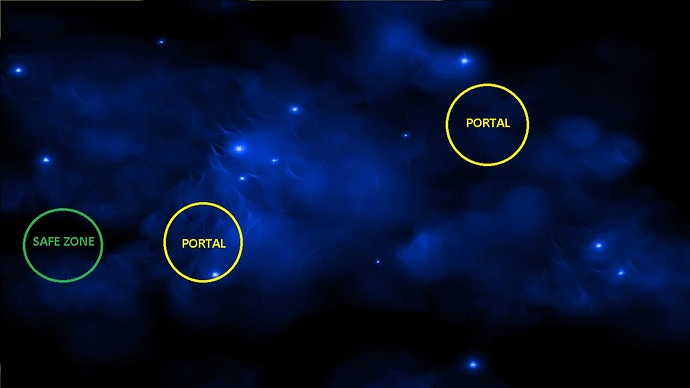 Great idea. Sadly, it doesn’t work with touch (at least not the type of touch where your spaceship follows your finger precisely).

Oh no, it’s similar to Temporal Enegry Field, which creates Master of Time

! If you agree, I can start creating new waves with Portals! It certainly can’t do anything with a touch? So going through the Portal will not work on the touch screen?

Doesn’t that kind of touch greatly limit a lot of things? Also I vaguely remember playing the mobile version of CI5 back when it was a fresh release, and it didn’t seem quite intuitive. With displays getting a lot bigger than they previously were, that kind of movement is pretty unwieldy, so by removing it altogether you can add more stuff and it isn’t something that people would miss anyway. Win-win.

so by removing it altogether

I’m not sure I understand. How would I remove touch control from smartphones?

Maybe the portal instead of transporting the player to transport the projectiles it launches, I think it may be interesting to have something like this in the game and it can work on smartphones.

Well, for people with Blackberries it could work…

No, only the mode where the spacecraft follows your finger precisely.

(If I remember correctly, there’s having the spacecraft move in the direction of your finger movement, which is the most intuitive one, and then one with an onscreen D-Pad of sorts, and their variations where the fire buttons are in different places.)

One suggestion is that the ship needed to stay long enough and then it will be teleported.

so by removing it altogether you

Well, I’m already used to playing it on touch. (Since I do play other smup’s on my phone as well.)