There are 3 main problems in league that makes it unplayable right now:
-It doesn’t reward players
-It can be exploited by bullying, farming
-It ranks players unfairly
New symbol: 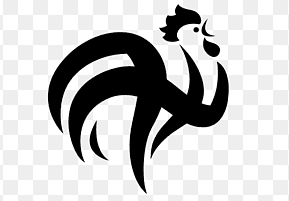 So I suggest these reworks:
-All former league data will be reset to ensure balance
-Weekly, you can dare 70 different players that has higher and lower ranking to you ONCE (no daring the same person twice a week)
-Both of you will do a best-of-3 game with banning and picking rules (choosing and banning types of games like Chicken Invasion, Comet Chase, etc)
-Gifts and firepower will spawn once before the wave begins to assure balanced gameplay (gifts will be the same for both of you)
-The winner gets 1.5x the points they usually get and 50 keys, the loser loses 0.5x the points they usually lose and gains 10 keys (to encourage them play more games after losing)
-The winner if won 50 matches will gain a medal as well as a spaceship 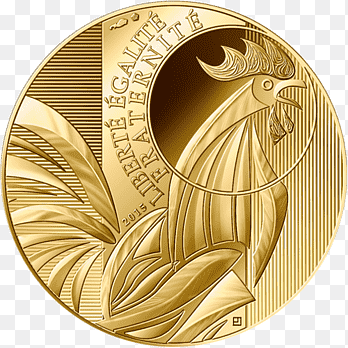 -If you are in the top 100, you will get 20 more keys daily
-All games played will be in a history list, which will be seen by I.A
-You can only dare players with email accounts (no farming from alts allowed)
-There will be an option to report players that bully, hack, exploit the game

So what do you think of these reworks?

-Weekly, you can dare 70 different players that has similar ranking to you ONCE (no daring the same person twice a week)

-Both of you will do a best-of-3 game with banning and picking rules (choosing and banning types of games like Chicken Invasion, Comet Chase, etc)

Overall, I think some balanced affection would be fine

We don’t necessarily have to force a big update to version 100, but indeed currently the entire Dare League is friendly mode.

You think this will stop anyone? Not like it’s hard to create new emails or just use temporary ones.
Also one of the main problems people have with the league which you didn’t attempt to fix at all is the fact they don’t want to be bothered with dares because they’re uninterested in playing the league in the first place. That’s one of the biggest complaints, why was that not addressed here?
As for the other stuff…

So you get a second daily stipend for being one of the best league players? Yeah, I dunno about that.

-Both of you will do a best-of-3 game with banning and picking rules (choosing and banning types of games like Chicken Invasion, Comet Chase, etc)

Aside from people banning Comet Chase every time because it’s unfair as heck, I don’t see the point of this. Would this all have to be done in a small period of time? Because if so, that would be pretty annoying if both players are in totally different time zones and as such will keep responding when the other isn’t online. That could easily go on for several days.
Overall, I don’t think these changes fix a whole lot.

-All games played will be in a history list, which will be seen by I.A

I don’t think it’s needed; this is completely for, from and to players

You know you could just make a secondary email right

You know you could just make a secondary email right

How about making an email limit?

the only thing that can result to that is controlling every computer that can play CIU, but I dont know much about it

There will be an option to report players that bully, hack, exploit the game

Many other popular games also have this, and many legit players have their accounts banned because of false reports from unexperienced or new players

Yes, and it’s pretty common
Would be better if you reported here, because the game does have an option to link you to the forum, rather than spamming report options with no evidence or false alarm

I don’t want this has medals

So, to conclude, i will leave this comment here:

Your idea mention every issues that League contains

but lack of work to fix anything of it.

Most of league’s frustration comes from how players can manually and precisely target a certain player over and over again. The second biggest frustration is how there are no rewards aside from getting a higher dare score which does nothing.

While the solutions for the latter are pretty obvious (adding rewards and making the rewards better for people with better dare points), one would either have to use RNG matchmaking, or make a very complicated system to fix the issue of exploiters repeatedly daring people.

Also I still don’t get why competitive missions don’t have fixed equipment, that alone would make a lot of player happy and it would make such missions more skill based instead of spending your way to the top position.

Random matchmaking is important to make it an actual League, now the whole League should be called “Friendly Challenge”.

random match making is actually better, but we have to categorize people in certain categories so that new players don’t have to deal with experienced players, it is kind of like clash of clans
Like
UHF Newbie: 0 - 50 points (Everyone starts here)
UHF freshman: 51 - 100 points
UHF Experienced : 101 - 200 points
UHF Veteran: 200 - 300 points
UHF Master: 400 - 500 points
UHF Super Hunter: 500+ points
(try your ideas as well

No, his idea does not mention every issue, that’s what I’m saying. I don’t see “inability to not participate in the league” listed anywhere, and many people would want it.