Yes, I have this stunning idea of saving themes in separate slots so you don’t have to waste keys to spend on a bunch of colors, especially when you want to go from one theme to another, and then back.

So I have something I’ve suggested before. Have four HUD slots unlocked from the beginning, and each extra slot costs 100 keys, then the price increases by 100 until it gets to 500 where the price remains the same. In there, you can save, replace or delete your templates. The default one will be separate from the others, and the limit is up to you, but 12 would be recommended and I think it’s enough for most people. Perhaps another option would be to submit your templates so people can buy them and win some keys (min. price 100 keys), but it will be a lot more complicated, so… 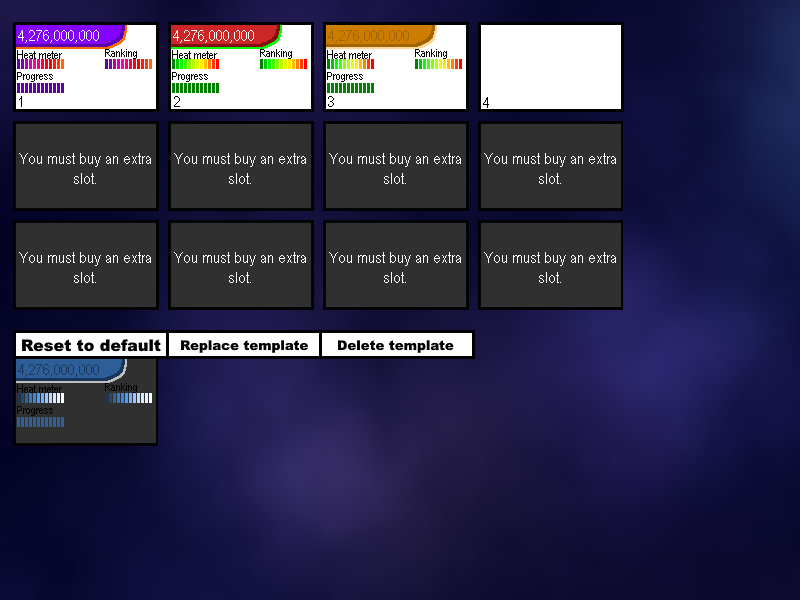 It’s the third time I see this image. Still it’s a good idea.

Added to list. Although, some of the quality-of-life functionality might be missing (at least on the initial implementation)