I just found a bug which actually reduce GPU performance up to 4 times. I don’t know if others experienced that but after logging in my GPU clock surprisingly drops dramatically. I am using my old PC with GeForce GT 705 and I DO NOT overclock it. I have a screenshot of my GPU clock after running CIU for 5 minutes. 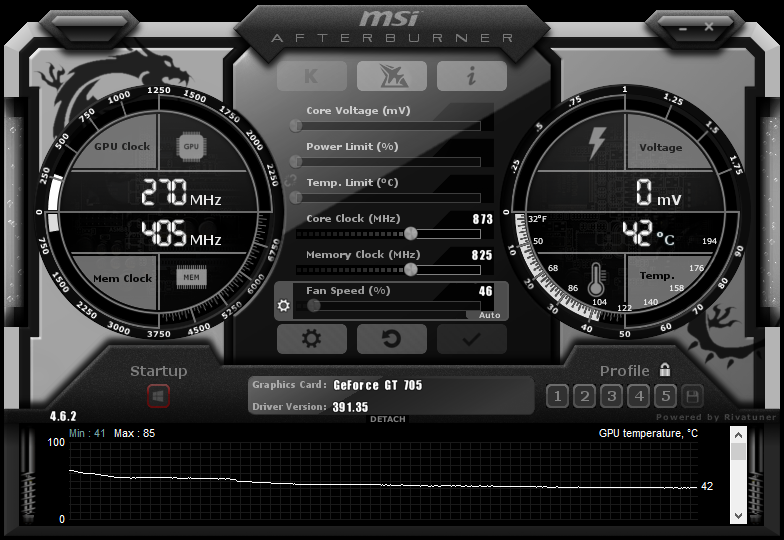 How long did you have your GPU for? It could be broken or outdated.

GPU is not something that can die just “because”, and often if it dies, it dies absolutely so you can’t use it anymore (usually dying capacitors or voltage issues).

I don’t know (and can’t control) why/when your GPU clock speeds up or slows down. It’s possible that the driver throttles down the frequency to conserve power if the GPU isn’t heavily loaded.

Are you actually noticing reduced performance? How many FPS are you getting at the main menu, the galaxy, and during a mission?

IDK. I just run the game for 5 minutes and when i restart the games, it just run slowly like 20fps instead of 150 like usual. By the way, my GPU doesn’t die, it got fixed when i restart my pc. But since i am using a HDD and only 4GB of Ram, you’ll probably know how frustrated every time you need to restart the game (like it takes almost 10 minutes just to startup) just to play a FREAKING LOW-END GAME, although my budget GPU can absolutely handles that without any problem
And also, I have tested in a lot PCs and VMs and this game can totally run on an Intel HD 3000 GPU, what you see on my screenshot is a GT 705 dedicated GPU from Nvidia