Perfect. That’s all I needed to hear. Thanks!

FYI in the upcoming update exhaust effects will be decoupled from the engine you use. So you can mix and match.

Wait, does that also mean potential for new paintwork patterns?

Update will be most likely on Thursday.

Paintwork is independent from engine. The potential for more patterns is there, yes, but it’s considered a “content” update so… not yet.

I was just going to make a thread to report some visual bugs but if that’s the case then I’ll post them here.

First off: the Pulsed-Inductive Thruster on the M408 seems to be bugged.
In the customisation menu you can see that the engine flame’s texture is moved under the ship’s when it’s tilted to the side (which I assume is the intended behaviour): 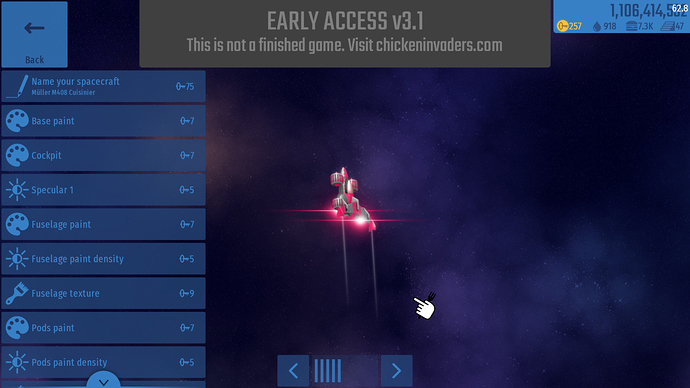 However, when in a mission it only works for the left engine, while the right engine is unaffected: 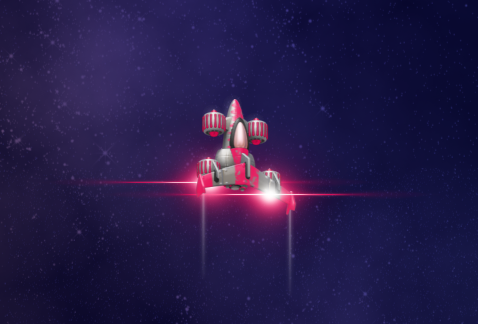 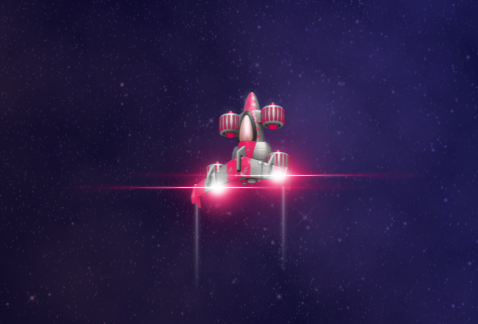 The next one should be pretty self-explanatory: 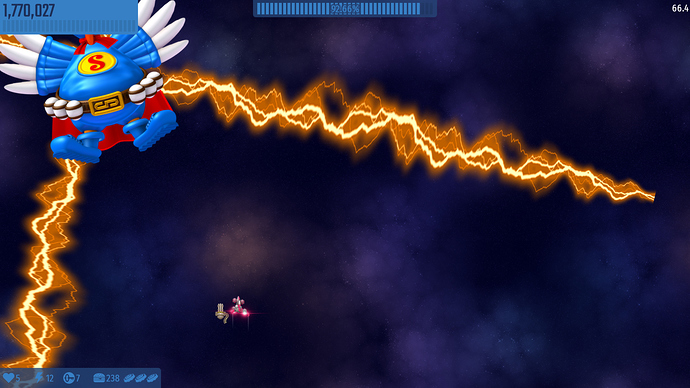 The last one involves the Egg Cannon.
This is how it’s explosion looks like normally: 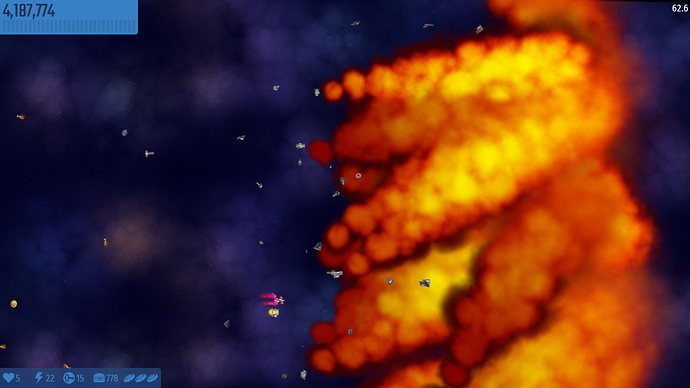 And this is how it looks like in the mirrored wave: 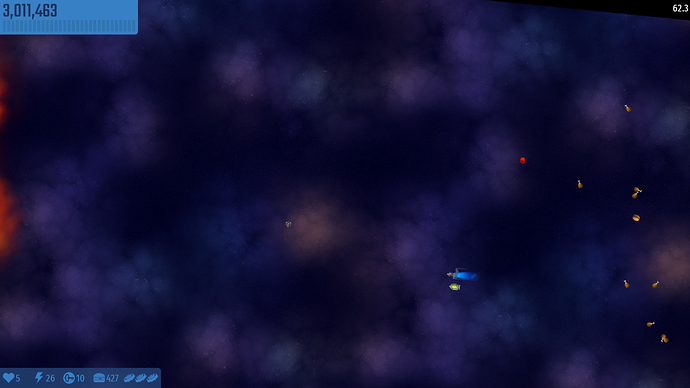 Basically, all the flames and metal shards fly to the left in both waves, instead of their direction being flipped in the mirrored wave. 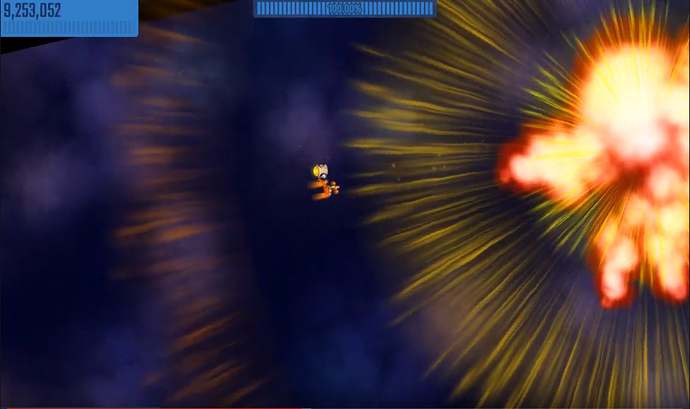 I believe I’ve seen this happen on the mobile version of Revenge of the Yolk too.

I didn’t notice it,but maybe I just didn’t pay enough attention…if it wasn’t for sophodot(who spotted it and told me about it),I probably wouldn’t have noticed in ciu,either.

It happens because the space background goes unloaded when outside of the playable area. Screen shaking may reveal the unloaded part.

This glitch goes all the way back to CI3. @EmeraldPlay is right about why it’s happening.

Can I recommend the ability to deselect the outer engine flame to make the overall flame look short?

Can someone tell me how do u change the look of engine?

Depends on the thruster you equip your ship with. I recommend the Pulsed-Inductive Thruster. 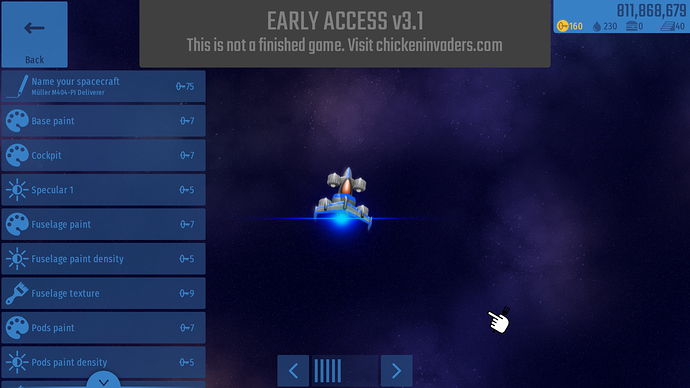 Ohhh thanks! And how does your ship have only one engine flame? Or is tht because u equiped dofferent thruster?

He’s using the M404-PI Deliverer, which has only one engine. The M408 Cuisinier is the one which has two engines. 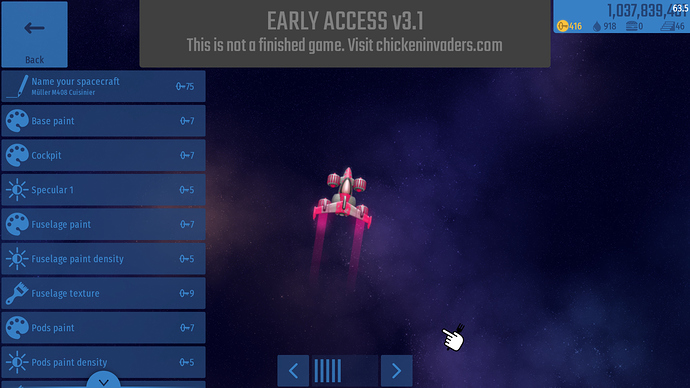 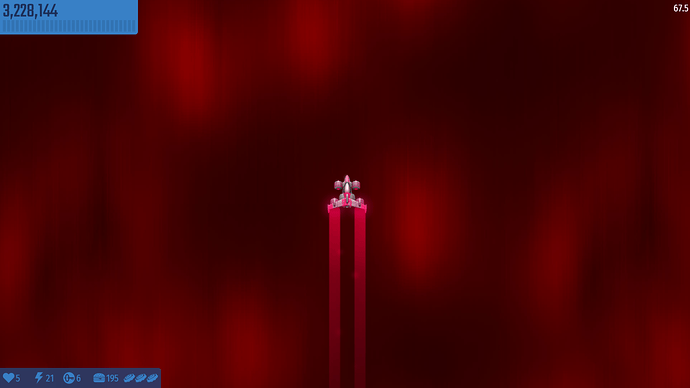 How many re there?

Engines? At the moment 4, including the one you start with.