Either Brave or Stupid medal

Playing on “Tourist difficulty”, no reward awarded. Is this a bug or did you change something in the configuration?
P.S.
Can anyone explain how to get the red square medal? In as much detail as possible, the google translator does not let me understand the essence. 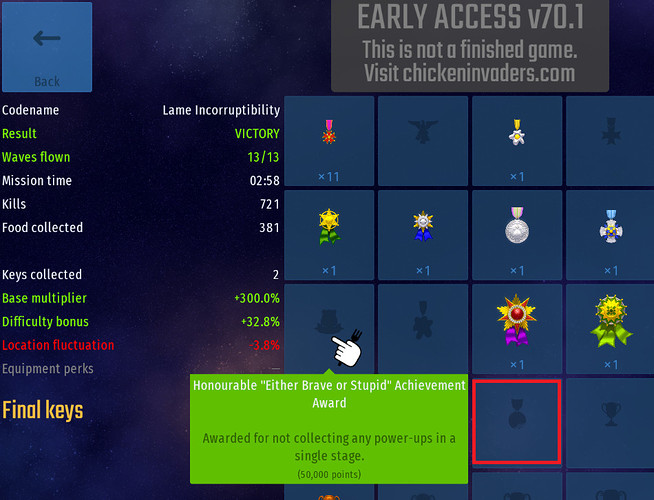 Can anyone explain how to get the red square medal? 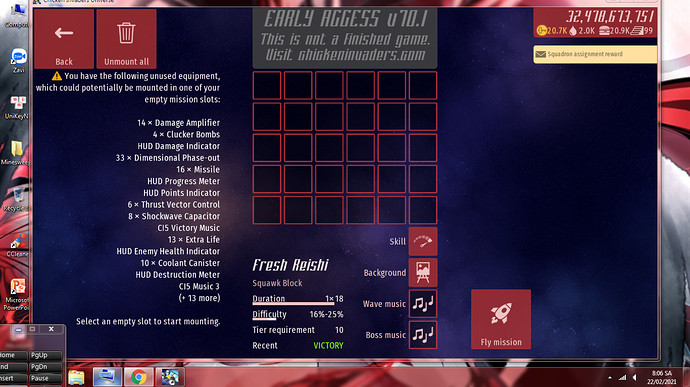 Either brave or stupid only available if you not collect any firepower and gifts. Are you doing it right?

AND gifts?! Yes, it helped. But when did that change? Previously, it was possible to calmly receive a reward by collecting gifts, and in the description of the reward it is said to avoid only “fire-up”?

I think it was like this even in episodes. Don’t remember “fire-up” thing, they were always called “firepower” if you mean atomic thing.

in case you don’t know what an atomic is, it’s the green red yellow spinning thing

I confess I don’t remember. For some reason, it seemed to me that gifts did not affect the awarding of an award. Somehow I collected 16 pieces!
I had different versions of “Chicken Invaders”, including the Russian one.