Early Impressions of the game from Zeke Yeager

I love this game a lot, it reintroduces old waves and bosses which I really like.
I also love the new Vulcan Chaingun and its mechanic.

But this is what I don’t like, the ship is too slow when it comes to travelling around in the galactic map, it’s sluggish and the worst part is that many missions are too difficult to play for my tier. Can you remove such requirements? I would rather get destroyed and kill a few chickens over not getting to kill any chickens in a mission because I can’t access it.
Also please increase the basic speed of the ship, this would mean more time killing chickens and less time exploring.
Second, I kinda expected new weapons and bosses and so far I haven’t encountered them. I would love to fight new bosses.
Lastly, there are these chickens which fire these eggs which explode mid screen, they’re annoying and once I confused such an egg with a normal bottom egg splatter and I died. Can you make a different texture to differentiate it from a normal egg splatter.

These are my thoughts, CIU is still very gud and despite these problems, I’d still play it.

P.S: Is there any discord for chicken invaders?

P.S: Is there any discord for chicken invaders?

There’s no official CI Discord server, only the unofficial one
Even the developers are sometimes here 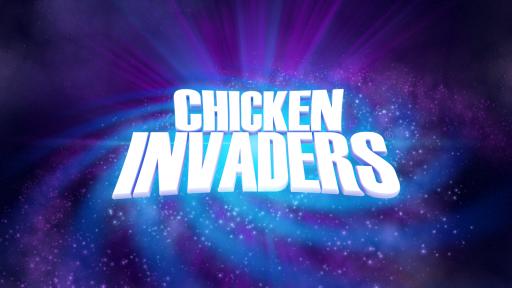 Check out the Chicken Invaders community on Discord - hang out with 261 other members and enjoy free voice and text chat.

Yeah well. Funny thing you know. But this game can be played without exploring. Right now it’s just a very optional thing.

Me too…
(well, if you’re new to CIU and only played episodes then you should check comet missions because there is in fact a new boss. There’s also new boss in meteor missions and supernova missions. So that’s 3 bosses you can check out.)

(well, if you’re new to CIU and only played episodes then you should check comet missions because there is in fact a new boss. There’s also new boss in meteor missions and supernova missions. So that’s 3 bosses you can check out.)

You forget about Squawk Block.

Comet Chase is not new

I talked about the missions which have the NEW bosses.

But the boss is not new

Its new in CIU. Zeke searched bosses that are NEW in the game, not the actual bosses from the series.

the boss is yes new, the original comet chase boss from CI3 was the metallic egg boi
and now we have the henlley’s comet thingy

I mean the new mission type

Only Squawk Block is new. And also Key Rush, but ypu didn’t mention it.

@PacManVietNam WHY ARE YOU FIGHTING AGAINST THE USERS WHO SAY THE TRUTH?

*you
As you correct my words, time to do yours.

Are you okay?
I realized.

I was correcting your posts because you corrected my posts.