Revenge Infinity brother on 100%+SSH is quite the far away brother of Hibachi. Thankfully their bullets aren’t as spammy as that burning mechanized bee of mass execution… for now. 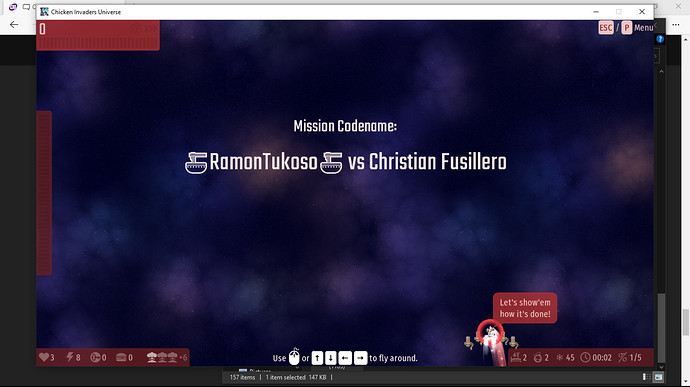 Suggueted by me and I didn’t accept

-While we’re on the top right bit of the HUD, I believe It would be a nice feature if hovering your cursor over the number of keys/food/fuel you have would show the exact number (for example, if you it shows 9.7K keys and you hover over that, there could be a pop up with 9 745 written on it). 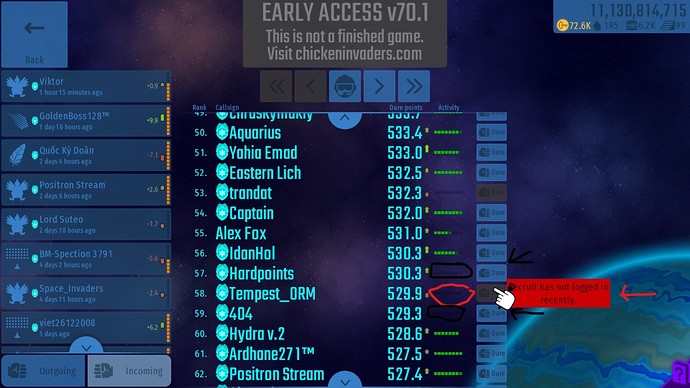 Since key rushes are about to be reset alongside the galaxy, how about giving them a small chance to have the Darkness environment? 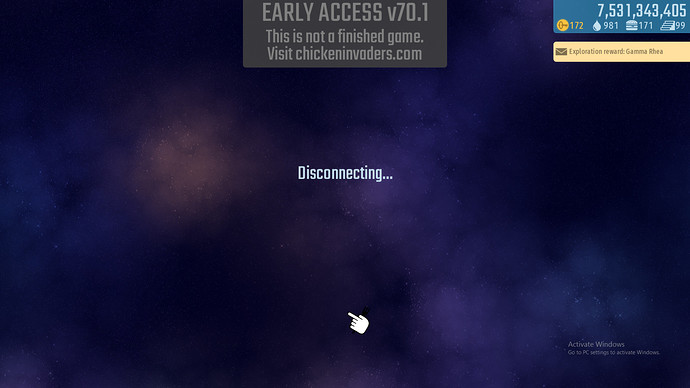 hmmmm good idea
but it should have 400% multiplier too

how about giving them a small chance to have the Darkness environment?

Wish it was an environment. 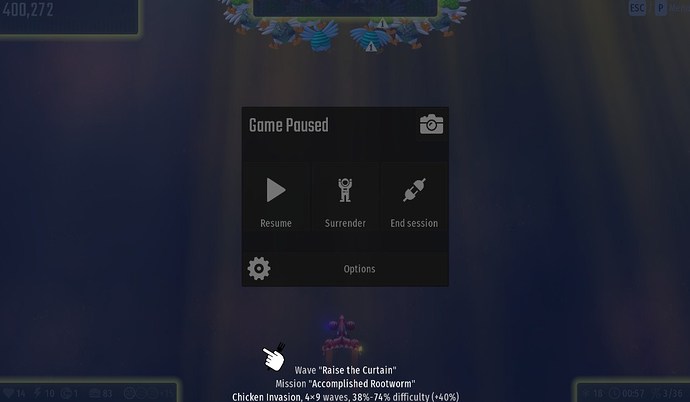 Yes, that’s why the chance would be really low

they havent flew any dare (recently) but still play CIU

Wish it was an environment.

And Suns won’t have darkness missions.

What about ironman with movement locked similar to squawk

Then we can’t pass some waves without losing life and/or using phase-outs, like On The Radar & Corrider Shoot

Once again I still didn’t get my medal

Once again I still didn’t get my medal

Me too but I think iA already know, as you can see he isn’t active today, so they’ll may be awarded later today or most likely tomorrow. Just be patient.

No. This is not a policy decision, but merely a technical one (it makes my life easier).

That won’t eliminate my personal progress with currency and vehicles, right

increase the key bonus of the H&C spacecrafts

I’m not sure that you mean exactly, but a dare is an “all or nothing” thing. It’s also a “zero-sum game”, which means that what you gain the other player loses. You can have both players gaining or losing together.

Does that include “The King of Crabs”

All Crabs except v2.0

move the coordinates up & right a little

It’s fine. It’s only showing the general area, it doesn’t have to be tight.

Those screens will (eventually) get their own tutorial.

some bosses rarely appear like “It’s the Mother-Hen ship!” at high difficulties

I’ve double-checked and the probabilities for the mother-hen seem to be correct. The randomizer is random – just because something hasn’t appeared in a long time does not make it more probable that it will appear in the near future (see https://en.wikipedia.org/wiki/Gambler’s_fallacy)

add the CHL badge to the required textures

Can you show days too?

I can dare friendly matches multiple times a day.

Yes, but not while you have an ongoing friendly match (as the message says). Finish that one first.

It would make more sense

It would, but code simplicity wins.

the yolk shoots faster the more it gets redder/hurt

buff the key rewards x3 at most active daily/weekly

missions with multiple environments at League

Is it in order or random?

Could you add “League” button here

No, That’s tricky (either yourself or the HeroCam recruit might not even have a league entry) and also pointless (chances are their rating will be too far away from yours)

it didn’t drop any food

That’s probably not possible. Perhaps you were so close you immediately collected it all?

Could this be fixed:

there’s no multi-kill at Feather Fields

Because Feathers no longer affect stats.

Works for me. There might have been some stray bullets from the previous wave. The wave changes as soon as the “medals awarded” bonus shows, so it’s earlier than you think.

Could you enable Ctrl+C, Ctrl+X and Ctrl+V

Too hard. I made a post about this, but I can’t find it now.

I don’t control the colors.

Use the color of the shield.

No, that would be too confusing.

Granted. But locks are more consistent.

You mean accessible from any screen? Uh, no, that would create weird edge cases. But I could make it so the exact amount is shown if you click on it. It’s too much work for now, however, added to list.

could you remove the “reward” column from the <challenge_name> progress screens

It can’t, because “in progress” and “final” messages are in fact the same message type.

this design looks kinda… um… messy. how about something like this?

I’ve reached 2 years, but I still have one Birthday Accomplishment

When will I receive bug and idea medals?

I forgot. I’ll do them now.

removed name from “new” no longer