@InterAction_studios
I’ve noticed that Barriers to ſucceſs ſeems to always have a powerup on the left hand ſide. Why is this? Is it intentional, my imagination, or what?

I’ve noticed that Barriers to ſucceſs ſeems to always have a powerup on the left hand ſide. Why is this? Is it intentional, my imagination, or what?

If you destroy them in that order, then yes. Egg barriers have an extremely high chance of dropping firepower.

Ok, I figured the firepower location was choſen randomly before the wave ﬅarted, rather than during the wave. 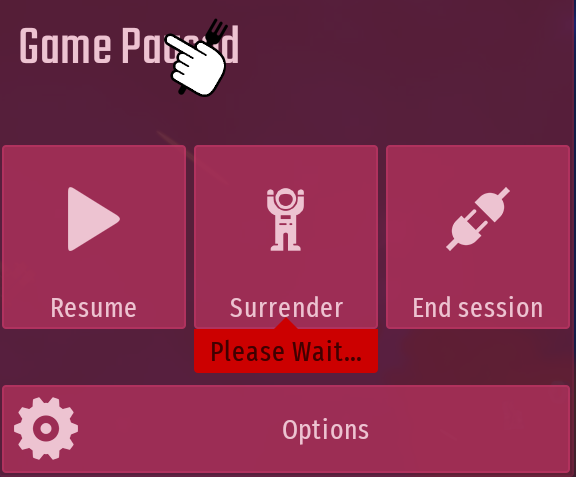 To reproduce:
Just press the Surrender button before it enables itself, then press it again to get the “Are you sure” bubble. Move your mouse away.

Its normal what when you reach max Power with photon swarm dont have all the powered photon having a Heavy Bomber?

A Question about Photon Swarm!

Not sure why, but this quip in particular is weirdly formatted.

but this quip in particular is weirdly formatted.

Obiusly bc its ran out space in the globe, maybe it work good if remove at least one “W”

press the Surrender button before it enables itself, then press it again to get the “Are you sure” bubble

it looks buggy in some ways ._.

how am I supposed to damage it before it got damaged
Weapon using: Plasma Rifle

How to do it? Shoot right when you pause it: 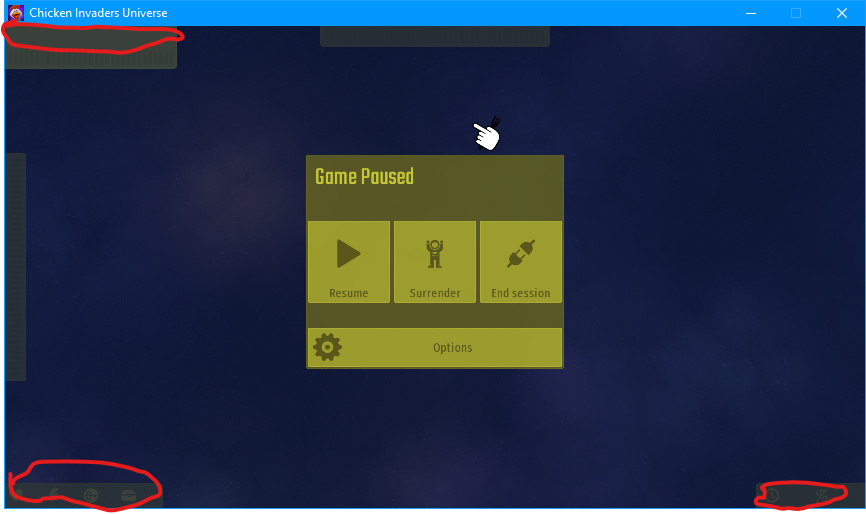 how am I supposed to damage it before it got damaged

this happen when you press pause right after continuing a mission, replacing them with “0” is better

Uh, that’s because the game is loading I assume. As long as it does not happen during actual gameplay, it probably won’t need a fix.

To be fair: Blanks are kinda the same as a 0 anyway

I have an idea for the Apple Core:

If you even hit the Apple Core at all, no matter how many barriers you’ve destroyed, it immediately goes into it’s fastest spin state and shoots it’s max amount of bullets.

This would be a nice counter against Absolver Beam users, as they are able to shoot through all the barriers. (I’m aware that Lightning and Positron exists. Chill out.)

I am aware that some people MIGHT shoot it by accident, but for people who use Absolver to make the fight go much faster, this would be a good way to make the fight a bit more of a challenge for them, instead of almost a joke.

An Alternative: If you deal over 10% damage (as good as a fully charged absolver shot) to the Apple Core no matter what, it goes into it’s max spin speed and bullet count.

True, it’s been way too easy with the Absolver Beam. This could be a way to buff it without increasing its health or its barriers’ toughness.

but this quip in particular is weirdly formatted.

A similar thing happens in ci5 (Italian), never got a fix

@OneWingLunarian @youraveragegrant I mean, doing it this way is a waste of quite a lot of atomic powerups, but I guess your idea is fine and there could be a visual indicator like a charging animation (much like the one we see on Infini-Chicks, etc.) to show it’s been angered.

Bossa Nova also gets steamrolled by Absolver, are we going to have to rework that boss too?

Look, if Absolver is causing this much trouble, then, plain and simple, it has to be reworked.
At this rate, I’m probably going to temporarily ditch Lightning and any other weapons that will need further fixing and just go straight to the Absolver post, becuase this thing really has to be addressed. 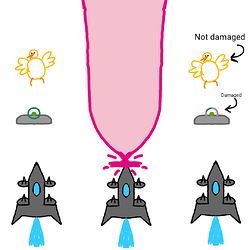 What if Absolver beam can’t damage trough barriers?
(Or making that the damage is halved every barrier)

Absolver is the first piercing weapon in the history of CI, we just need to find a proper way to balance the mechanic