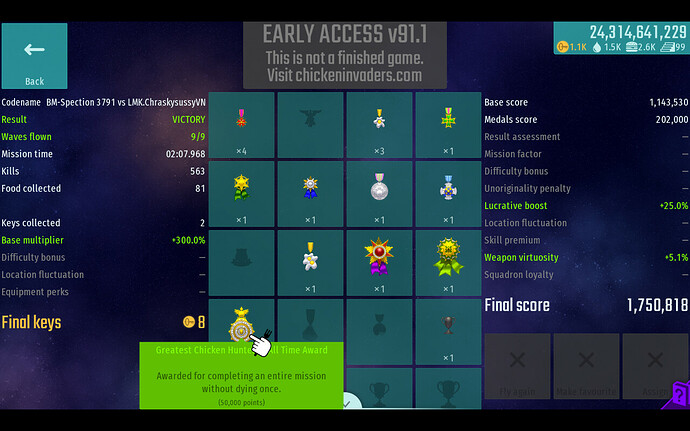 Nice Work, @LMK.ChraskysussyVN
But unfortunately that you lost a bonus due too slow. 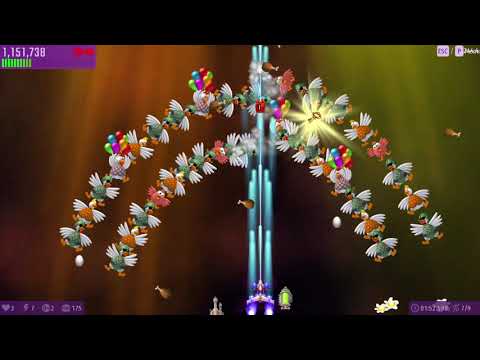 Don’t worry about failed the challenge, @Ardhane271
Because every challenge that you encounter will getting harder than this for now on, but I will keep some easy challenge for getting better to back on track again.

LMK.ChraskysussyVN need to beat his new best time record on Boss Rush with difficulty of 18% before the other challengers tried to beat and knock him down from the top 10 leaderboard.

Rippi_17 need to reach to the other side of the massive of asteroids before time runs out, but he forgot to setting a pro-gamer mode that he want to prove himself about his time record.

Challenge: Defend yourself in meteor section without open fire to any asteroids except boss wave 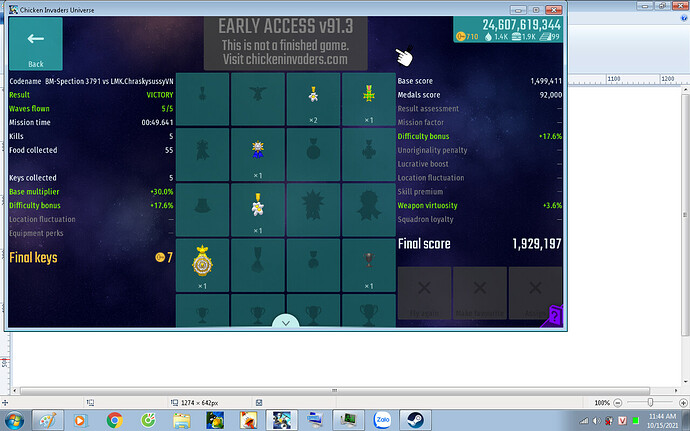 Great Time, @LMK.ChraskysussyVN
Keep save your best time record before the others beat you down.
(I hope so that you will receive the CHL too, so I will keeping up after Rippi_17 claimed it already)

can’t do it today, only tommorow

wait i got time to do it so i’ll complete with no click shoot or pro-gamer
Here the LINK
also since when going near asteroids gives you score/stars?

Unfortunately, @Rippi_17
Even though you complete the session, but I saw your mission timer is still in progress, which your video is proof and confirm that you miss some step.

Suggestion: After you settling by removing pro-gamer mode from in-game, you need to logout and login in-game first to reveal another time record from start the session.

Can I take another challenge?

How do you know that?

Everyone can know that you are suspended with a simple click

I wasn’t asking you!

And that doesn’t change anything, he told you the answer. Are you trying to get yourself suspended again?

Yes, but you have to prove me that you can’t mess with anyone in forum again by using some violence or abuse thing that break my CLC’s rules.

If I found out in this topic or the others, I will giving you a warning and will be counted to preparing for kick you out.

Warning for some challengers using any violence against CLC’s rules

This rule will be added.

But this one down below for @ArtemNikolaev211085 only, the other challengers please ignore this rule

I asked about the challange, not the rule, but I’ll remember

So? Can I play another challenge?