Exactly the number of people who purchase the album

Also, out of curiosity, how will you be able to find out who exactly posted the track?

No, just through Steam (and interactionstudios.com )

Technically, so let’s see… how about the unheard track one where it’s getting an limited time period from months then release it the rest though streaming services (spotify only) in there on it after it’s already over this track it’s gonna to become normally? @InterAction_studios

I’m finally on the credits now… 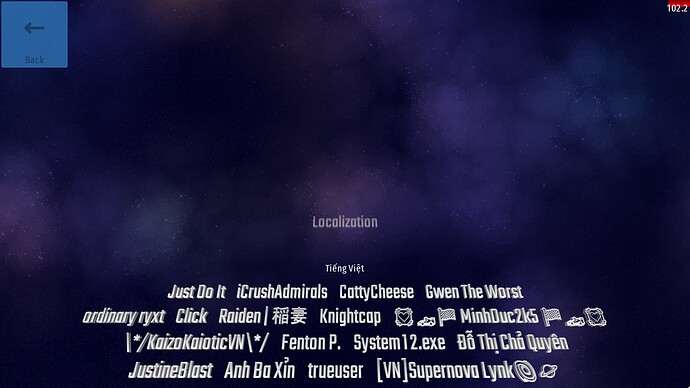 In that field, this sentence is written: Name of translator (Explanation: This name is used to display in the list of creators. Please enter your final name in this field.)

This probably have been brought up before but, adding an ability to join a friend’s game (if allowed → game open to friends, wether it’s a public or friends only game) directly through the contacts menu, facilitates finding your friend in the multiplayer menu (and no need to keep refreshing the contacts menu)

This could be improved upon that you can join their game even if they are not the host (if you’re allowed to → game is open to everyone or the host is also your friend [3 friends scenario], if locked with password you still need to enter that password)

Would this be added?

How about adding redemption code that gives player things such as keys, foods and fuels
Code can be seen on the forum with a specified amount of uses(i mean iA posts new code daily, weekly or monthly)

Since some languages are included in the Credits, will these languages be updated on the Steam page aa well? It still says, CIU’s only available in English.

A bug on the Android port: Sometimes when you begin a mission or cancel/surrender, the game audio would just cut off randomly (Can’t seem to replicate this though)
And yes, turn on and off the “Mute Audio” option didn’t help

Correct,I didn’t expect that to happen all this time I checked out an option "mute audio"and it’s disabled (why I always restart the game and then it work totally).

How much will it cost?

Ah, right. As I said, there will be some protection measures in place, but clearly there will always be ways to illegally share.

then release it the rest though streaming services

There are no plans to put the soundtrack on any streaming services, whether it’s the exclusive new track of any of the other music.

There already is such a place, but as I’ve explained I’m not going to use it.

I don’t know how easily this can be done. If memory serves, the matchmaking information is maintained separately from the rest of the galaxy (where the contacts are), so it might not be as easy as one would expect.

will these languages be updated on the Steam page aa well

I guess I’ll add the languages that have 97%+ completion.

I totally forgot about that. Oh well, it’s done now.

the game audio would just cut off randomly

That could be a BASS problem. Or something specific to your device. Either way, it won’t be easily fixable. Does it actually cut off in the middle of playing? Or is it that new music simply does not start after a point (but any existing music already playing is never cut off?

so the price in your region might be lower. 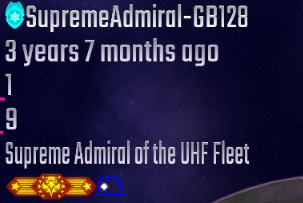 Should this crystal be removed when you finish the first quests of Supreme Admiral (Supreme Admiral 0)? Since there are infinite quests, you’re technically still in the same milestone.

But wouldn’t it overlap?