I feel like an in-game chicken encyclopedia that showcases each enemy, as well as information about them could be an interesting addition to the game.

I created a few mockup images of how it might look in game if it were to be implemented. 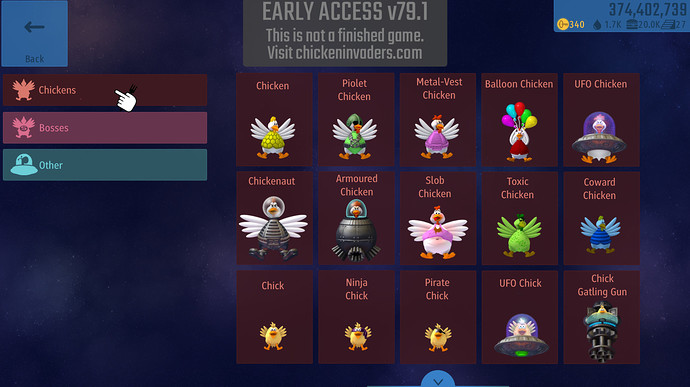 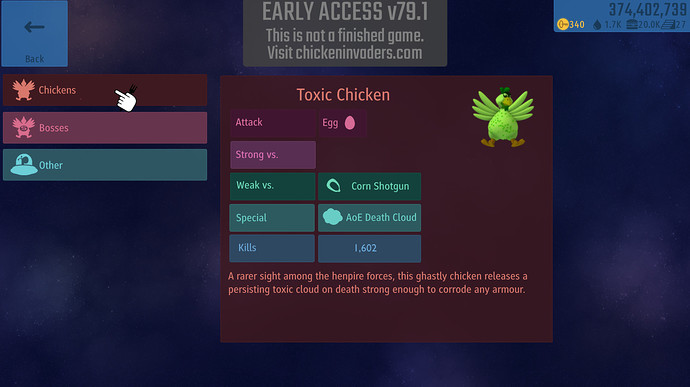 Each entry would unlock once you’ve defeated that enemy/boss atleast once. Additionally, the “kill” count could be unlocked via keys in the store.

that has been planned since the first post on this forum

Additionally, the “kill” count could be unlocked via keys in the store.

If this was added, I would hope would display total count rather than just the count since purchase

I suspect the game doesn’t track this, though…

I suspect the game doesn’t track this, though…

I suspect you might be right, but it was fun to toy around with what might be included in such a guide.

Overall its up to the dev how they implement it, but my small hope is that maybe these graphics have helped to visualize how it might possibly look.