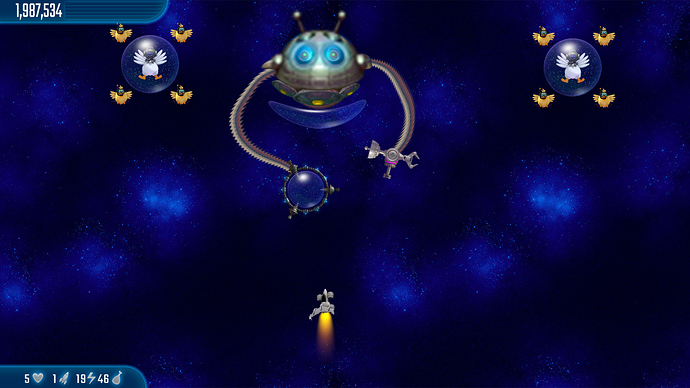 We know droids transport food in bubbles but we never thought about who did these bubbles. Here it is — The Great Bubble Boiler­!
There are two divechickens around it. First of all you need to kill chicks around the bubbles, then kill divechickens. Their death will cause disappearing of main bubble shield (until you reach 33%;67%) that protects Bubble Boiler from your weapon (Boss has high immunity from super-weapons and satellites when the shield is in active state). When you reach 33%;67%, it will call another group of chickens and chicks from his back and re-activate shield. He can re-activate shield more often at higher difficulty (@Hanazuki’s idea). The type and amount of chicken he summons scale up with difficulty(@BinhTurtle idea), every type exclude Chickenaut had scuba helmets.

Hand attacks:
His hand rotates to change attack type. There are 3 of them:

EDIT: Chicks and chickens can be replaced with small ball barrier from CI4 and droids (@RoboCat’s idea)
EDIT 2: Fixed some grammar, removed stupid jokes, edited some parts to make them more understandable. If this edit pinged someone, I’m sorry.

Great idea. May be the type and amount of chicken he summons should scale up with difficulty?

I like the idea a lot! Maybe at harder difficulties the main bubble shield should reappear sooner?

I thought about it. In that case fight will take longer than it should be. Maximum what can be done is 1/3 of health changed to 1/4. UPD: I changed my mind.

Why nobody adds the windshield to the spaceship in fanmade images???

Because this is how the ship looks in game files. Other parts except base color are other files. 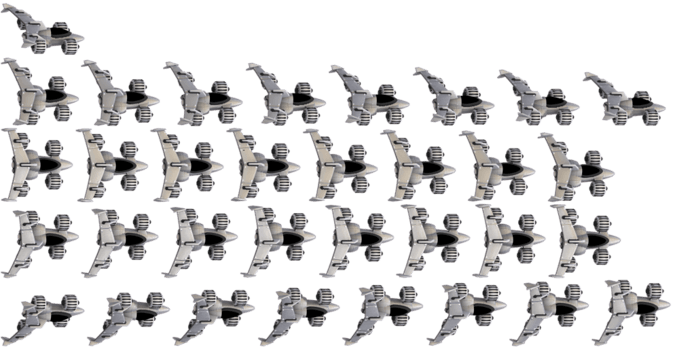 And this is windshield file

I’m just too lazy to put one above another and change colour.

I know. I mean that why they don’t put the windshield on the spaceship.